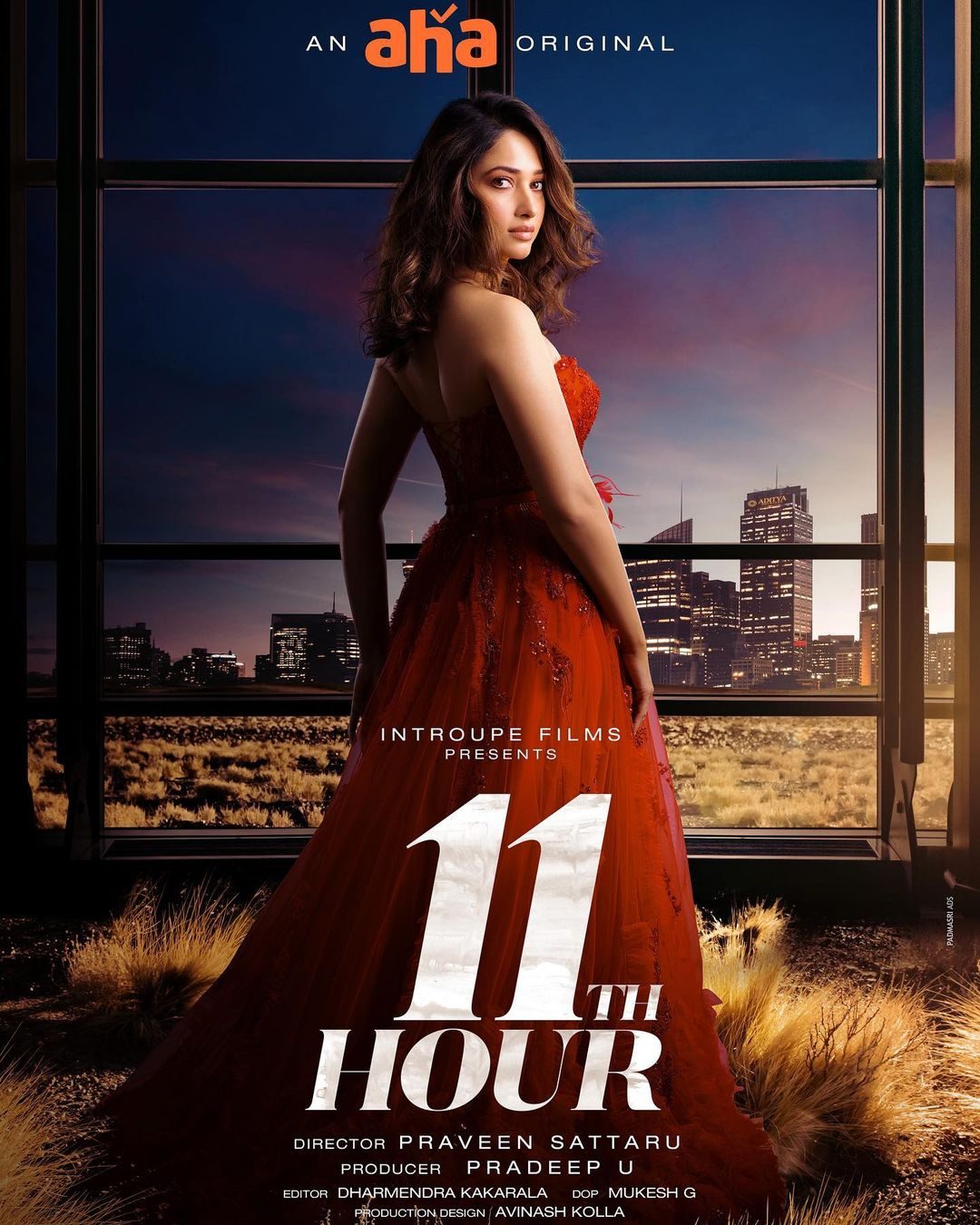 Milky Beauty Tamannah who recently announced her Digital Debut with Disney+ Hotstar‘s November Story, has announced her second. It is a web series titled 11th hour and will be an AHA exclusive. Critically appreciated director, Praveen Sattaru is directing it.

He also directed Baahubali: Before The Beginning for Netflix previously but there were reports that it has been shelved. So, this will be his first OTT release. The first look poster of the web series was unveiled at an event in Hyderabad. In the poster, Tamannah is shining bright in a red-colored gown standing at a window with the few of a few skyscrapers behind. There is no hint about the web series genre but going by the title, it may be a thriller, we guess.

Pradeep U is bankrolling the web series on his Introupe Films Banner. Dharmendra Kakarala is taking care of the editing while Mukesh G is handling the camera. Avinash Kolla is the Production Designer. AHA announced revealing further details of the web series on the 13th of this month. It is known that the Regional OTT Platform is conducting a Mega event that day with Stylish Star Allu Arjun to reveal its slate of releases for the next year.