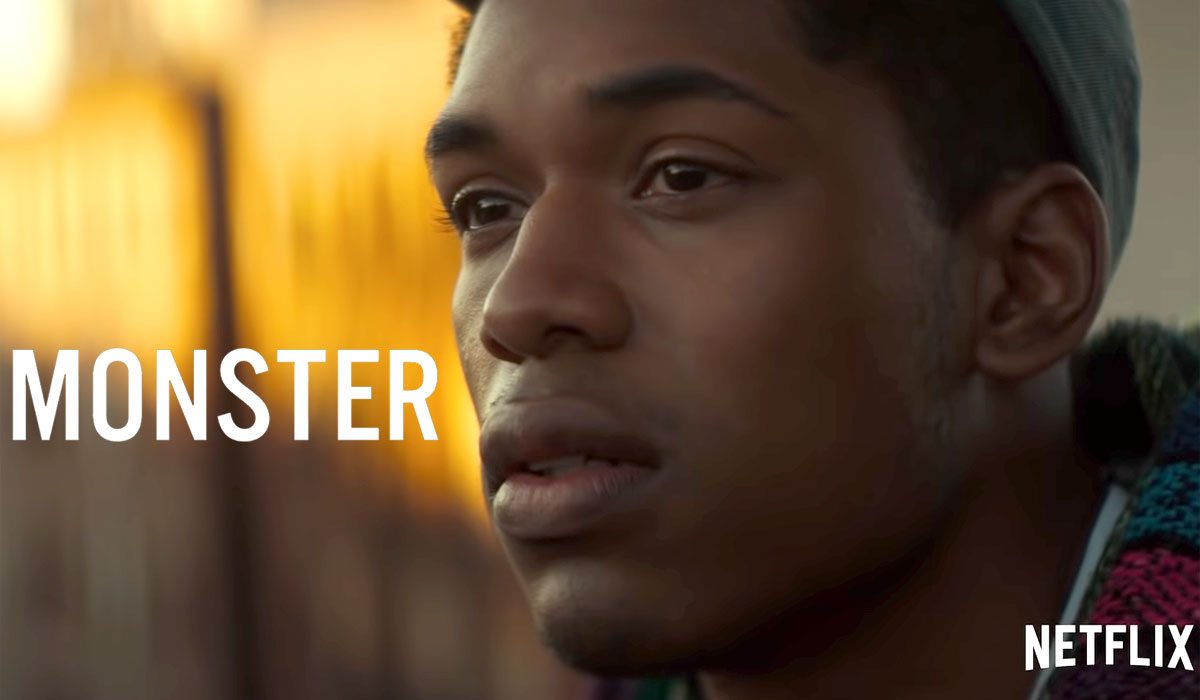 Back in January 2018, an American legal drama titled ‘Monster’ premiered at the Sundance Film Festival. The film got retitled to ‘All Rise’ when its distribution rights got acquired by Entertainment Studios but then got its original name back when Netflix bought the distribution rights from them, in 2020. The movie is finally going to be available for viewing, during May on Netflix. Check out the movie trailer at the end of this article.

Based on the 1999 young adult novel of the same name, written by Walter Dean Myers, the film follows a young high school art student, Steve Harmon (portrayed by Kelvin Harrison Jr.). For the most part, he is an exceptional child, trying to create his story by taking photos and videos around him. He has a loving family, a girlfriend who loves him, well liked by his teachers and is an easy going guy all-around.

One day, due to one stupid mistake he makes, he gets sent to prison for a very long time. Because he is off African American descent, he doesn’t get an easy or a fully fair trial either (despite being a minor). The trailer of the movie shows us THE moment – the mistake he made, for which he will be judged on for the rest of his life. “Should one moment define my life?” is the last line of the trailer, which is said by Steve. It is exceptionally powerful and is compelling enough to wait for the movie to drop next month.

This movie has been a long time coming. Although the movie was stuck in limbo (at the very least, internationally) for three years, now seems to be the perfect time for ‘Monster’ to premiere properly. Especially after the huge wave of support, minority communities have been getting in the last two years or so. It is also great to see that acting juggernauts are also a part of the project.

Jeffrey Wright will produce the film alongside John Legend and Nasir ‘Nas’ Jones. Wright will also play Steve’s father, while Academy Award winner Jennifer Hudson will portray Steve’s mother. The rest of the cast include heavyweights such as John David Wahington, Jennifer Ehle and Tim Blake Nelson, among others. Radha Blank, Cole Wiley and Janece Shaffer worked on the screenplay while Anthony Mandler directed the movie.