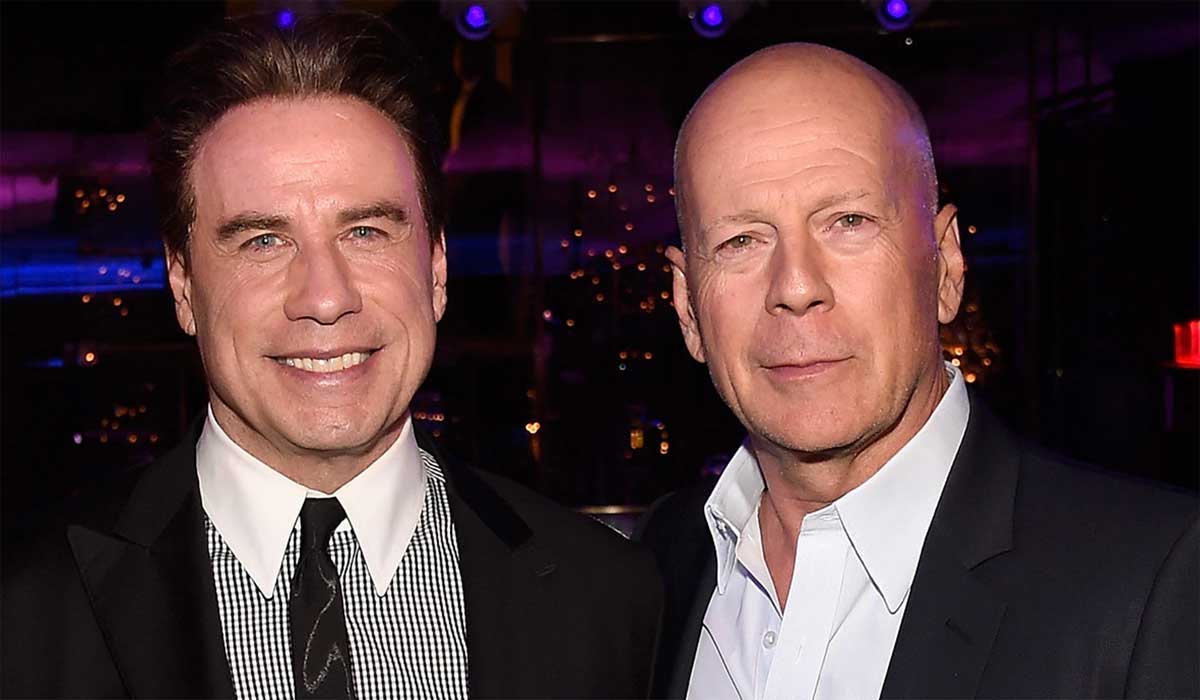 There are certain actors in Hollywood that over the years have ended up becoming legendary and some movies become legendary because they star these actors together. One of such a pairing is Bruce Willis and John Travolta and their legendary movie is none other than the iconic “Pulp Fiction”. The name of the movie itself is enough to make people’s eyes light up. The movie is so great that today it is regarded as one of Hollywood’s cult classics.

Now, 27 years later the actors of Pulp Fiction, Bruce Willis and John Travolta are reuniting once again for an action thriller titled “Paradise City”. The movie will star Bruce Willis as a bounty hunter named, Ryan Swan, who is trying to make his way through the dreaded crime and gang world of Hawaii. His only wish, to get his revenge from the kingpin, who murdered his father. The ganglord will be played by none other than John Travolta. Accompanying them is Thai actress and model Praya Lundberg who will be seen as the leading lady of the film.

The movie is being directed by Chuck Russell and is all set to start its production from Monday in Maui, Hawaii. Russell has been known to direct movies like The Mask, Eraser and The Scorpion King. It is being said that the background of Hawaii will play a very important role and hence, it was very important for them to wait it out so that the shoot can start officially in Hawaii.

Corey Large, is co-writing the movie with his long time writing partner Ed John Drake. It has been a dream for Large to get Willis and Travolta together since 2006. Apparently, Large will also be starring as a part of Willis’ bounty hunting group in the film. Large is also known to produce several of Willis’ projects like Kill Bill, Cosmic Sin, Extraction, Acts of Violence and many more.

Willis and Travolta’s Pulp Fiction, which is directed by the great Quentin Tarantino is also regarded as one of Tarantino’s masterpieces. The movie has earned several accolades including the Oscars for Best Screenplay Written Directly for Screen. The stars of the movie Travolta, Willis and Uma Thurman were already huge, but everyone will agree that this catapulted them into superstardom.

Seeing the two male leads once again on screens will for sure have fireworks going around everywhere and given that this is an action thriller, it will be even more exciting. We can rest assured, that this is one movie that people should look out for whenever it drops.