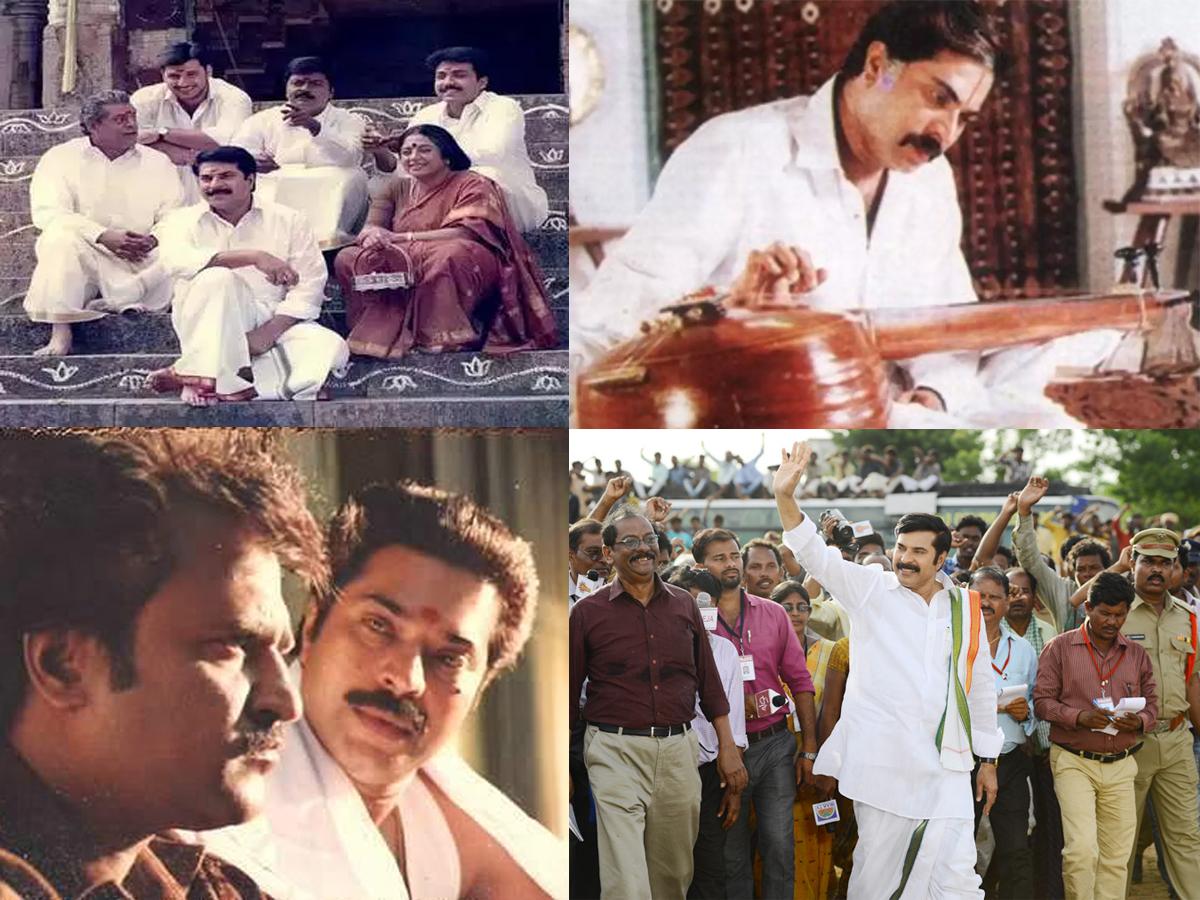 If you guys missed the news already, Malayalam megastar Mammootty has been roped in to play an important role in the upcoming Akhil Akkineni Telugu feature film, ‘Agent’. The actor is expected to play a military officer in the espionage thriller and he will be flying to Europe soon, to commence shooting. So, in light of this announcement, we want to take a look at his 4 must-watch, non-Malayalam films that are currently streaming in India:

Aanandham
We start this list off with a 2001 Tamil film where Mammootty plays a very typecast role of his – the protagonist lead who is the eldest brother in a joint family. We follow Thirupathisamy, the eldest son in a six-person family. He works hard to raise his three brothers Madhavan, Kannan and Surya, alongside their parents. However, problems arise when Madhavan’s wife starts to rebel against Thirupathisamy. This movie can be viewed on MXPlayer.

Thalapathi
Mammootty had made a name for himself with two small scale Tamil films, but he became a Tamil superstar after he appeared alongside Rajnikanth in this Tamil classic, Thalapathi. This gangster drama follows Deva, a man who rose from the slums. He ends up befriending a don, Deva and becomes his right-hand man – thereby changing their lives forever. This movie can be streamed on Amazon Prime Video.

Swathi Kiranam
Mammootty has made multiple successful films in many languages (not just in the Malayalam film Industry) by this point, but he became a certified South Indian star after this film dropped in theatres. The film follows an old man who gets arrested for trespassing and possible thievery. The arresting police officer eventually finds out that the trespasser is a renowned, yet missing musician. Check out the whole movie on Amazon Prime Video.

Yatra
The latest film to make it on this list, Mammootty shows that age is just a number with this brilliant biopic. He portrays Y.S. Rajashekara Reddy, who served as Chief Minister of Andhra Pradesh. This Telugu film will focus on his padayatra – the 900-mile walking tour around his state for his election campaign. This movie is currently available for streaming on Amazon Prime Video.

Extra: Dr. Babasaheb Ambedkar
His best non-Malayalam role, possibly even his best role to date, Mammootty is simply unforgettable as the great Indian social reformer, Dr. B.R. Ambedkar. Unfortunately, this film becomes only an extra on this list for only one reason – the movie cannot be streamed anywhere in India; a shame.Follow us on Google News