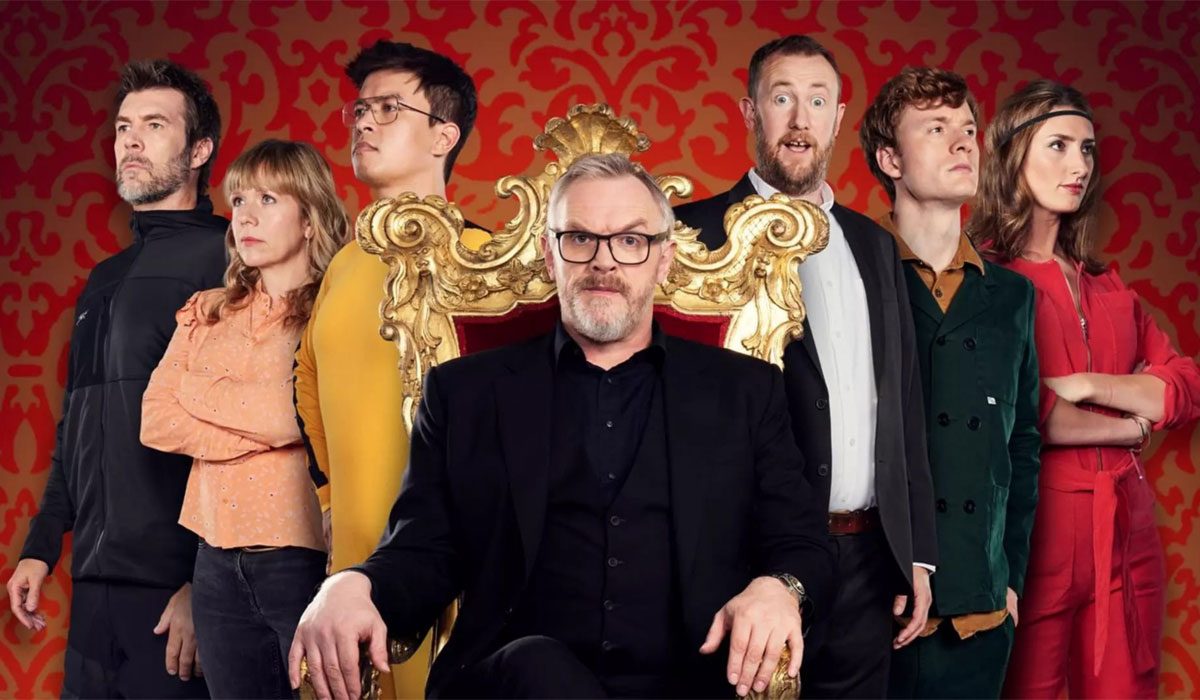 The Tyrant Is Back!!!

For those of you who do not know, Taskmaster is a British comedy reality show – where the invited contestants are all comedians. Each comedian performs various individual and team tasks and are then judged by the “tyrant” Taskmaster, portrayed by Greg Davies. The show is now entering a new season and will feature five new contestant-comedians. Check out seasons 1-8 and 10 on the official Taskmaster channel on YouTube.

Each season has only one winner, so there is a new set of comedians at the beginning of each new season. Seasons 1-3 managed with 5-6 episodes each, season 4 onwards we got 8 episodes per season and then 10 episodes per season starting season 6. But the number of contestants have always remained the same throughout, which is 5. Charlotte Ritchie, Jamali Maddix, Lee Mack, Mike Wozniak and Sarah Kendall will be the latest panelists/ contestants for season 11.

The concept of this reality TV series was made by British comedian Alex Horne, who comes on the show and plays the assistant to the Taskmaster. The show is legitimately funny, probably because anything a comedian ends up doing, be it performing a task perfectly, miserably failing a task, finding a loophole, etc. – the “contestant” usually tries to make any situation funny. The look or the one-liner each comedian provides during anytime is comedic gold (and meme gold as well).

The Taskmaster series has been running on Channel 4 since 2020; it has been the way the UK crowd has been watching the series. But on their official YouTube channel, the episodes are easily accessible for their international fans. We expect the 11th season of the series to be similar to season 10: meaning that the episode will drop on the YouTube Channel within three days of its domestic premiere (we hope).

The Taskmaster series will begin its next season in this month – March 18th 2021. The 10-episode series is expected to run from the previously mentioned date till 20th May 2021. Again, to view the Taskmaster series, go to their official YouTube Channel.