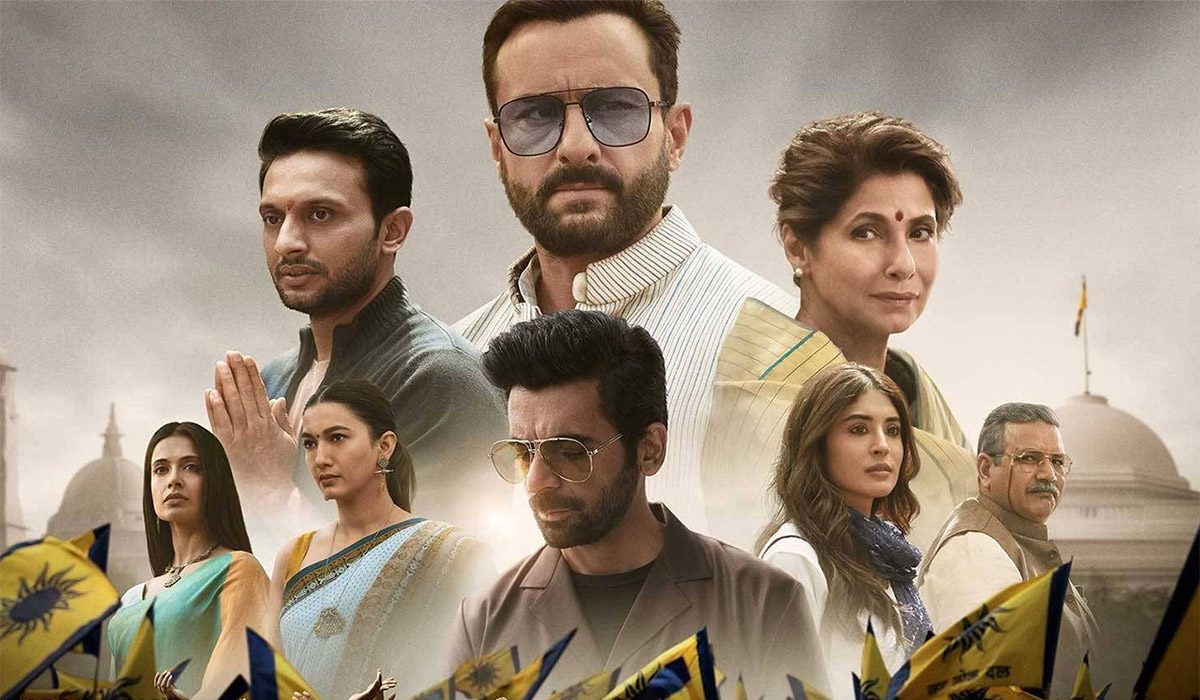 ‘Tandav‘ has been in buzz ever since the series was announced by Amazon Prime Video. The political-thriller drama set in Delhi, explores the murky world of people hungry for power and the lengths they go to, to get it. The trailer that came out recently hyped the anticipation of the audience to a whole new level, and everyone is now eagerly waiting for the show. The Amazon original series ‘Tandav’ is all set to launch on 15th January, 2021 and here are 5 reasons why it will make for a gripping watch.

Web space has been overflown with crime-thrillers recently and at some point it all starts feeling predictable and similar. With Amazon’s ‘Tandav’ it’s going to be different as the story is more about mind games and political intricacies that make it more so intriguing. People who are bored of blood and gore and foul language will now get to see manipulative characters, hiding their own deep dark secrets as they fight for the ultimate thing, power. The way Saif Ali Khan’s character Samar Pratap Singh goes on to say in the trailer that its time to apply ‘Chanakyaneeti’, is a proof that ‘Tandav’ will give what Indian audience has been craving for – SMART content.

Now this one is a given. Whether it’s Saif Ali Khan playing the role of a power hungry manipulative politician in confrontation with a smart, strong woman Anuradha played by the expressive Dimple Kapadia or Sunil Grover ditching his comic persona and effortlessly slipping into the shoes of an edgy ruthless man, it all goes on to say how brilliant the show’s casting is. Other actors in the series includes Tigmanshu Dhulia, Kumud Mishra, Mohammed Zeeshan Ayyub, Sunil Grover, Kritika Kamra, Sarah-Jane Dias, Gauhar Khan, Dino Morea, Anup Soni, Paresh Pahuja, Shonali Nagrani, Sandhya Mridul, Hiten Tejwani, Amyra Dastur, Neha Hinge, Sukhmani Sadhana and all their brilliance is just oozing out on the screen.

Known for his big bollywood blockbusters like ‘Sultan’, ‘Tiger Zinda Hai’ and ‘Bharat’, Ali Abbas Zafar marks his digital début with Amazon Prime Video’s ‘Tandav’. A show that Zafar had in mind since 2016 is finally coming to screens. Though initially it was supposed to be a film, the story had so much to tell that it was only justified to make it as a series. The talent of Zafar as a filmmaker is not hidden from anyone and is expected to reflect in ‘Tandav’ too.

When aided with the right BGM, even a simple show becomes interesting and when it’s a show like Amazon’s ‘Tandav’ with such an intriguing premise, having an equally gripping BGM becomes much more important. And the series does not disappoint in that aspect. Every scene of the trailer is aided with an impactful background score giving it that intense feel one would ask for. The background score has been given by Julius Packiam who has previously collaborated with Ali Abbas Zafar for films like ‘Tiger Zinda Hai’, ‘Sultan’, ‘Bharat’ and others.

Politics is something that impacts every citizen of the country whether anyone likes it or not. And us Indians mostly seem to have a lot of opinions around the political scenarios going around in the country. When a show on such a topic that is often a source of controversies and polarised ideologies is made, it is bound to make a lot of noise. Whether the show draws parallels form the reality or reflects the Indian political scene in any sense is something that the audience will surely look out for throughout the Amazon original series.