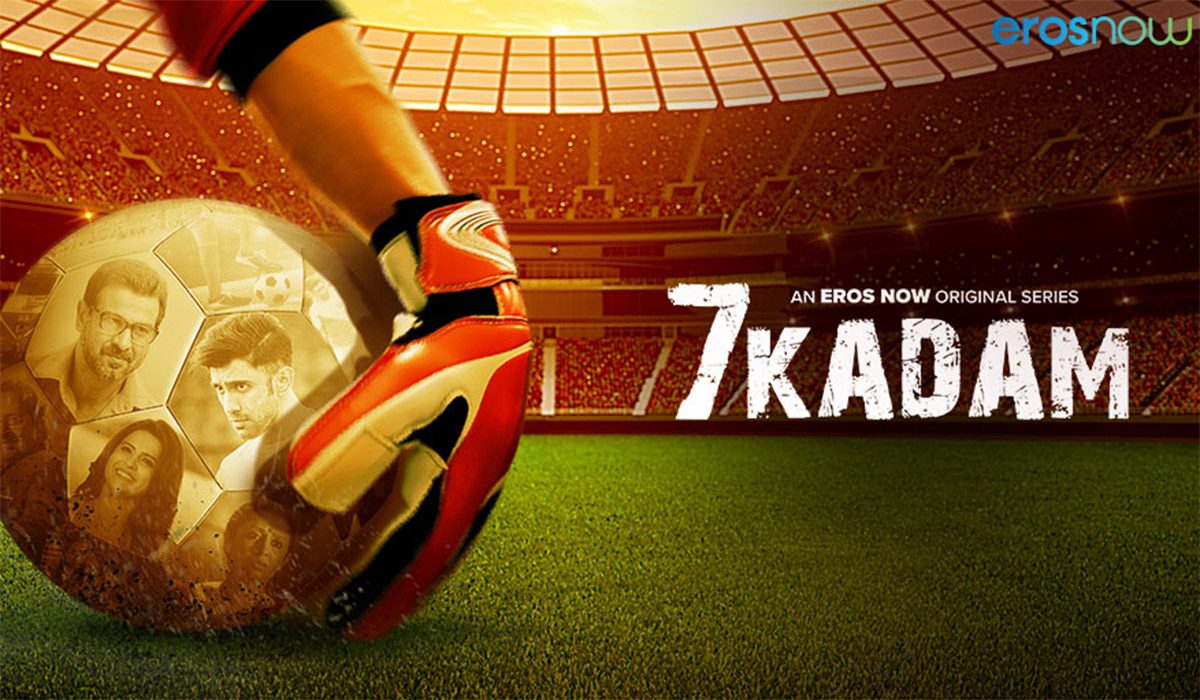 Trailer for Eros Now’s upcoming original series ‘7 Kadam‘ is out now and it very well captures what the show is all about. An emotional sports-drama ‘7 Kadam’ is written and directed by Mohit Jha and all episodes will start streaming on Eros Now from 24th March, 2021.

The trailer begins with setting the tone for the series that focuses on football, with a voiceover in Bengali accent from Ronit Roy about how the game should be about the win for the team and not about the player. He further reflects on his past as to how he was the star player of his time but an accident not only broke his leg but also shattered his dreams for football.

And now he wishes to fulfill his dreams through his son Ravi (Amit Sadh) by making him the world’s greatest football player. Soon the father is appointed as the coach for Asansol XI where Ravi is also part the team. Training for National League is in full swing when Ravi tells his father about his desire to earn money.

While his father tells him to focus on game and forget about money, Ravi gets a more lucrative opportunity to play for Kolkata Bagan, which he accepts. And then begins the battle between father and son, where the former is looking to get back the glory while the latter is after fortune. But who will come out victorious?

‘7 Kadam’ on Eros Now stars Ronit Roy, Amit Sadh, Deeksha Seth and Rohini Banerjee in the lead. It is an emotional, heartfelt story of a loving father-son duo and how difference in ideologies and beliefs puts them against each other despite sharing a strong bond. The story attempts to teach that any goal is only as distant as the number of steps before it and hence the name of the series.