Home News A Pregnant Man? That Is What This Kannada Web Series Is All... 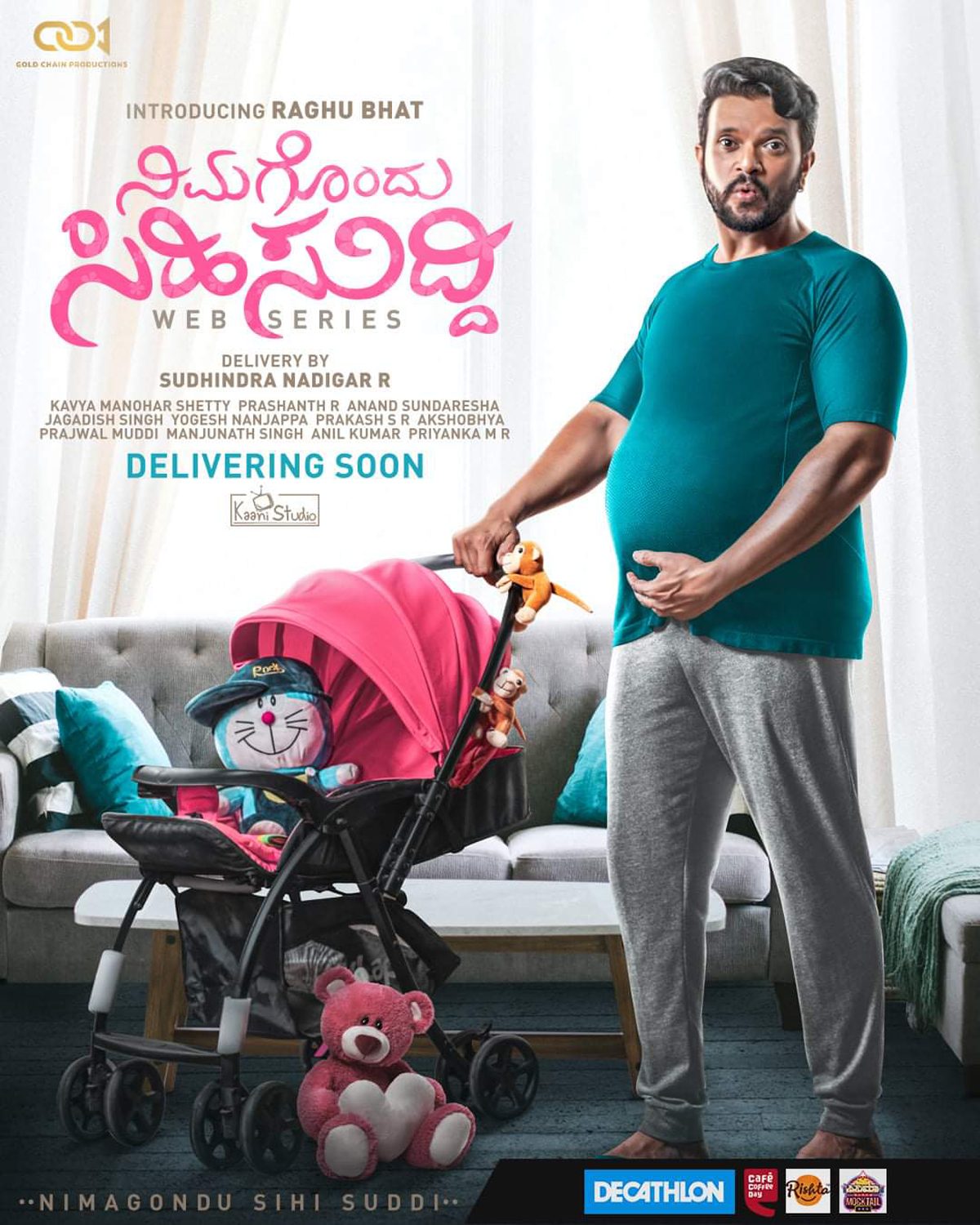 In one of the weirdest subjects for an Indian web series, a Kannada filmmaker has made a web series on the topic of male pregnancy. Yes, a man gets pregnant in this upcoming Kannada web series called Nimagondu Sihi Suddi! Translated as ‘a sweet news for you,’ this web series centres on a the story of a man who gets pregnant. How and why — we’ll just have to wait for the web series to premiere on a streaming platform to find out.

Nimagondu Sihi Suddi is an eight-episode series, set in the backdrop of Bengaluru. It has been directed by Sudhindra Nadigar R. It stars actor Raghu Bhat as the male lead, while actress Kavya Shetty plays the female lead. The web series is bank-rolled by upcoming production company, Gold Chain Productions.

Content creators are in a race to present movies and web series that feature stories and narratives markedly different from the usual. After all, those are the ones that tend to grab maximum eyeballs. One only has to look at Ayushmann Khurrana’s career graph to agree with how true this statement is. From a sperm donor to a balding man to a man who impersonates a sweet-talking female at a phone-chatting company — the man has done it all; and set the box office ablaze.

The OTT domain has become increasingly saturated and stagnant, with a glut of similar looking dark, edgy web shows filling up space on every streaming platform there is – whether Hindi, regional or English. A breezy, lighthearted romcom such as Nimagondu Sihi Suddi is a welcome distraction for viewers.

The web series hasn’t been picked up by any streaming platform yet, though talks are on with several. Let’s hope we get to watch the Kannada web series Nimagondu Sihi Suddi soon enough on a streamer. As it is, there is a major dearth of Kannada shows in streaming.