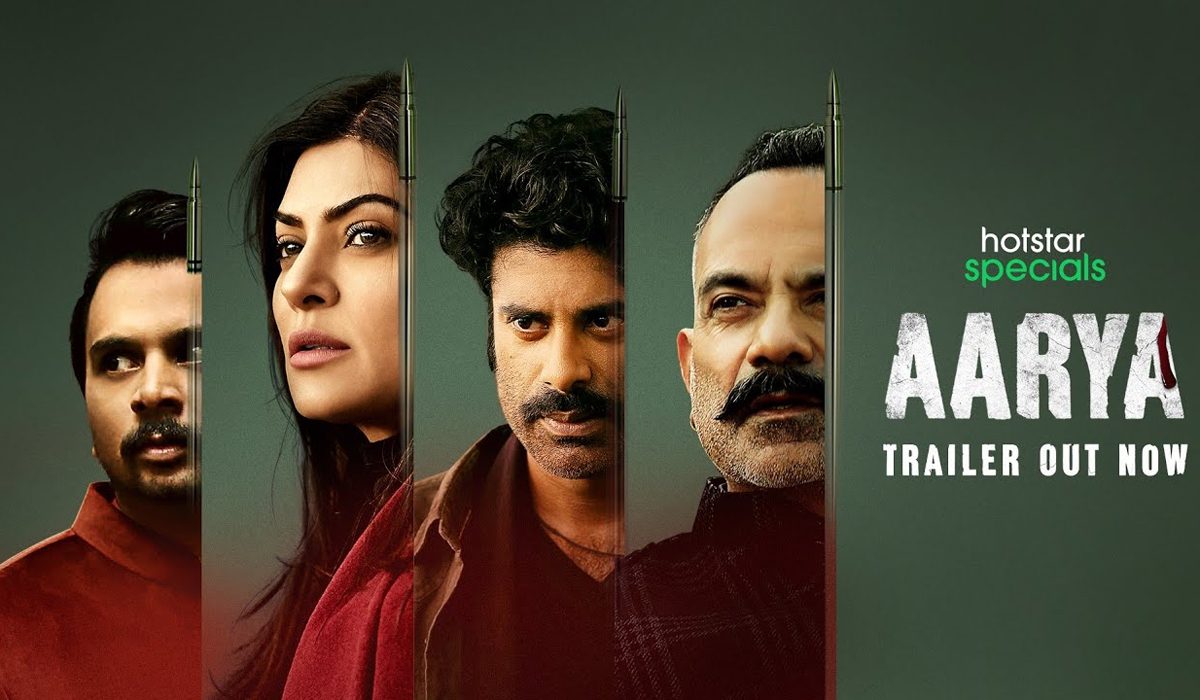 Disney Plus Hotstar today revealed the release date of its hotly awaited series Aarya, and it will be on 19th June. The streaming giant has also released a compelling trailer for the upcoming series, which confirms beyond doubt that the series is indeed an adaptation of Dutch series Penoza, as speculated by TV junkies.

Upcoming Hotstar Specials series ‘Aarya’ is easily one of the most eagerly anticipated web series of recent times. Not so much because of its premise, but more because it marks the return to showbiz of the original beauteous Bollywood diva Sushmita Sen, after an exceedingly long ten years. That Neerja director Ram Madhvani has directed the series is mouth-watering icing on the cake.

Sushmita Sen plays the titular Aarya, a doting wife to a pharmaceutics tycoon (Chandrachud Singh) and mother of three, who is thrust into the murky world of crime when her husband’s real business is revealed to her. He has been running a drug cartel under the guise of his business, along with his business partner (Namit Das) and her brother (Ankur Bhatia). Aarya enters the crime ring when her husband is left fighting for his life after a murder attempt.

Aarya is the story of a woman who will go to any lengths to protect her children and home, even if it means taking over the reins of the very crime syndicate she hated with all her heart.

Aarya has been written by Sandeep Srivastav and Anu Singh Choudhary, and produced by Endemol Shine Entertainment, in association with Ram Madhvani Films.

All episodes of Aarya stream online on Disney Plus Hotstar VIP from 19th June.

Have a look at the trailer of Aarya here –