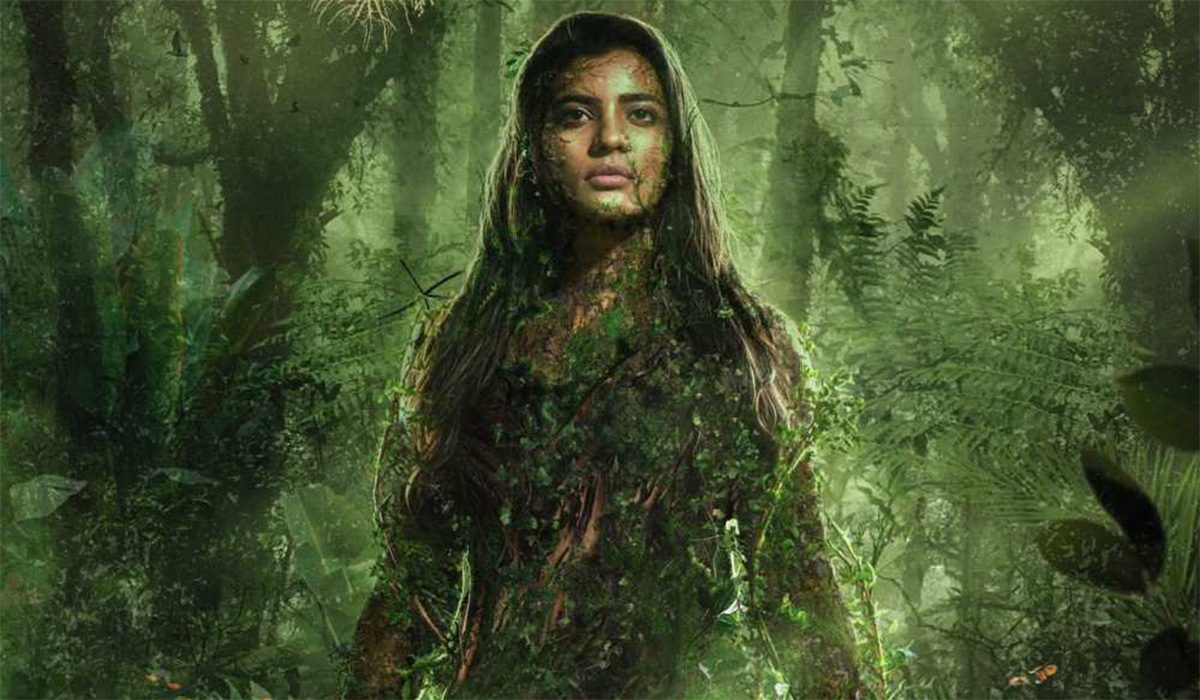 Even as the Government of India has allowed the film theaters to re-open, films are still opting for direct online releases. Tamil Nadu has allowed theaters to open for a couple of weeks but the response from the audience is not great. With that, the filmmakers are not motivated to release their films in theaters.

The latest Tamil film skipping its release is Aishwarya Rajesh‘s Boomika. Leading OTT Major, Netflix bagged the Rights of the film but the release date is yet to be announced. The actress is familiar to the Telugu audience as well with Vijay Deverakonda’s World Famous Lover. So, the Telugu version is also being released. The first look poster of the film was released making the announcement. Aishwarya is seen as a damsel in distress in a jungle.

Boomika is Aishwarya Rajesh’s Milestone 25th film. It is a horror-thriller produced by Karthik Subbaraj’s production house and is set in Nilgiri hills. Karthik Subbaraj is one of the busiest Tamil filmmakers in the OTT space associated with various projects. Written and directed by Rathindran R Prasad, the technical team of the film includes cinematography by Italian cinematographer Roberto Zazzara, music by Prithvi Chandrasekar, and editing by Anand Geraldin.