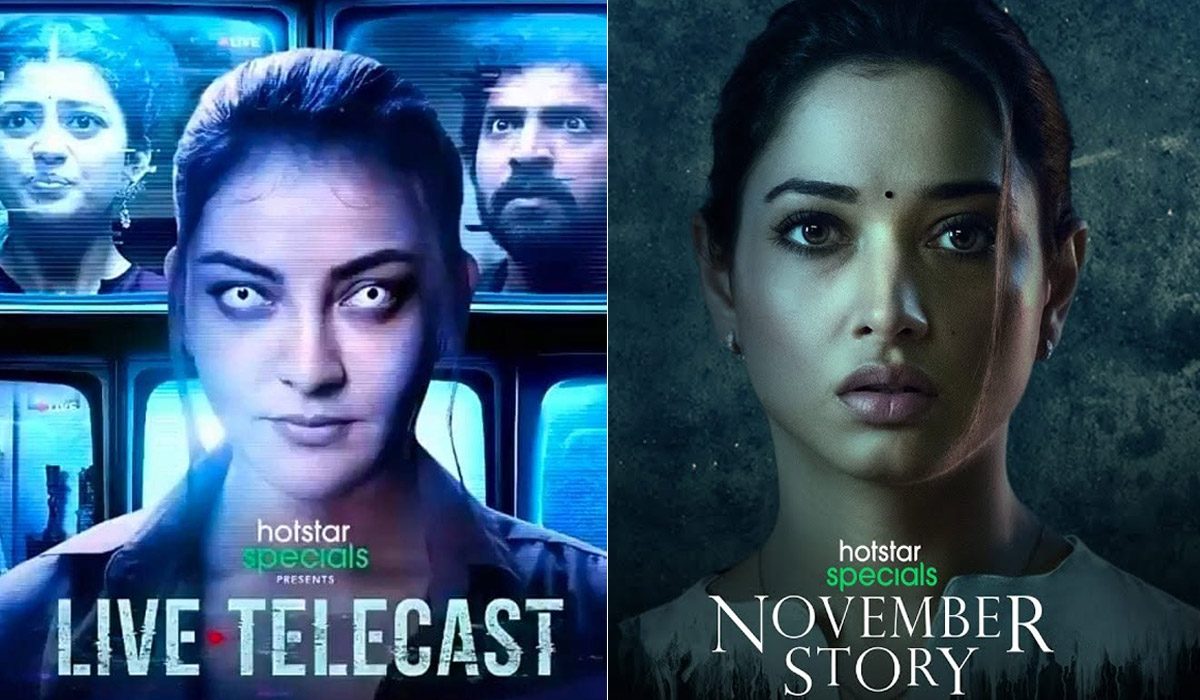 Looks like Disney+ Hotstar VIP is keeping faith in yet another dark thriller. Given that another dark supernatural thriller which also belongs to the South Indian film industry, Kajal Aggarwal‘s Live Telecast failed miserably, we are thinking if November Story could be a risky gamble or a straight win.

Now, if we talk about Live Telecast and November Story, there are quite a few similarities in both the contents. Both are Tamil language dramas with two extremely established lead actresses featured. Both the series deal with some kind of dark and mysterious content. Where Live Telecast was released in numerous regional languages, November Story will release in Tamil, Telugu and Hindi language. But yes, we have to agree that Live Telecast was a bit loud and haphazard in places, given the story revolving around a film crew and show-business containing parties and functions, but from the ambiance of the trailer of November Story, it feels like the series could be a bit more organized and less loud with staying high on the thriller quotient.

Now, this is the place November Story may emerge victorious. While Live Telecast had a gripping plot but it’s premise was not unfamiliar. I mean there are a lot of films or shows in the past which showcased film crews or a group of students getting trapped in a strange house or an unknown place where some bad entity is waiting for its revenge. But here, November Story takes a different route. See, as we all know that the story revolves around a celebrated crime novelist Ganeshan suffering from Alzheimer’s who was found at a murder scene with no memory of what happened. When he becomes the prime suspect on the brutal murder, it is up to his daughter Anuradha, a ethical hacker, who is hell-bent on proving the innocence of her father as well as uncovering the truth of the murder. The story itself is an unique story and most importantly an original one which doesn’t possess any similarities with the contents released recently. Even Tamannaah Bhatia herself said in an interview that the real reason she was drawn to November Story was the script.

“When I was in Chennai, Ram (Subaramanian, director of the series) came up with this script and I was completely glued with the narration. He only narrated three episodes but it kindled my interest and wanted to know what would happen next. His writing is original and strong that doesn’t sound like inspired by a foreign show”, Tamannaah said in the interview. Also, from the first look of the film, it was evident that unlike commercial films, the series is extremely low-key on vibrant outdoors or loud makeup. As per Tamannaah, unlike films, the “makeup is minimal and there is no glam factor. All the actors have equal scope and they would shine in their respective roles” which can really set November Story apart from other contents released recently.

Also as the multilayered storyline is trending in OTT world these days as it’s a quite fascinating way to tell a story going back and forth in flashbacks and uncovering mysteries, that pattern also works in November Story’s favor.

So, in the end it’s safe to say that Disney+ Hotstar VIP may be gambling with November Story, but it really looks like a promising gamble which could lead to an amazing win for both the creators and the distributors. November Story will go live with its 7 episodes this Thursday, 20th May but we are already crossing our fingers in excitement and wishing to see an original and supremely fascinating thriller.