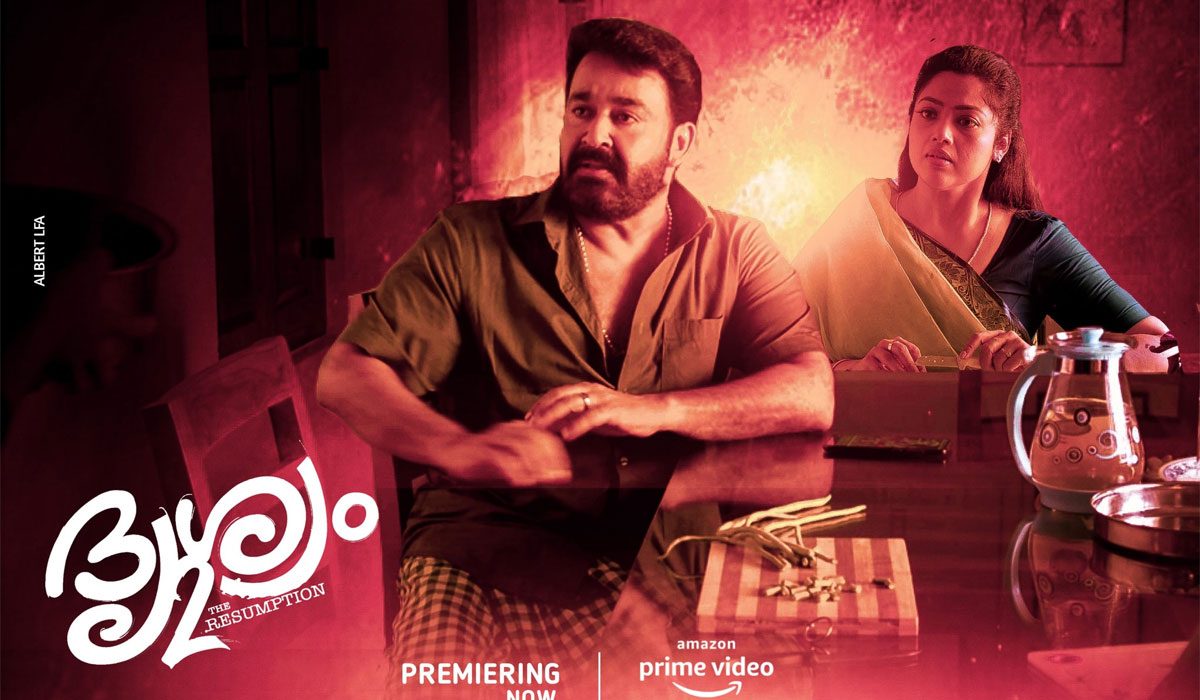 The day has finally arrived when the most awaited Malayalam movie – Drishyam 2 is finally available to watch on Amazon Prime Video. The suspense thriller is the anticipated sequel to probably one of the most brilliant movies from India – Drishyam 2013. Both the movies star Mohanlal in the lead role of Georgekutty and is directed by Jeethu Joseph. After Soorarai Pottru, Amazon Prime Video has again tasted a humongous success in the form of Drishyam 2.

Only 12 hours have passed by since the release of the movie on Prime Video, but in these 12 hours thousands of cinephiles have watched the movie including me! That is the craze for Drishyam franchise. And after completing the movie, only one thought came to my mind and that was – “This movie belonged to the theatres and should’ve released there”.

There is no doubt regarding the fact that the movie definitely would have garnered huge footfalls due to the legacy Drishyam left. But also the fact that it could’ve become a whole different and exciting experience if it was released in the theatres.

While many of the dedicated audience were excited for the sequel, a strata of people weren’t too keen on the idea of the sequel. And that too a near perfect movie like Drishyam getting a sequel felt like overdoing. But all their doubts came to rest with Drishyam 2 which is garnering love from everywhere.

Couldn't have wished for any other climax. #Drishyam2 There can only be one @Mohanlal the great. ❤️
What an amazing write.
Much love & Respect #JeethuJoseph
My best Friday release online watch, by far. pic.twitter.com/1LehAQGUGB

The only thing I feel bad about #Drishyam2 is that it's not a theatre release. This brilliant movie deserved to be watched on the big screen, along with the audience. 👏🏼

Back in 2013 this movie had set a benchmark to what a crime thriller should be and, now again in 2021 that benchmark has been re-established to what a sequel should be. No words can describe the thrilling chills this movie has given. Shud ve been a pan India movie! #Drishyam2

These are SOME of the responses out of the flood of them which has happened due to the Mohanlal starrer. Last year it was Suriya’s Soorarai Pottru which came as a savior for all the big starrer OTT movies. And this year its Drishyam 2 which has helped Amazon Prime Video to get out of troubled waters.

The watertight script from Jeethu Joseph does the trick again with Georgekutty setting a meta trap for the Police. There are genuine debates going around the internet if he is the smartest movie character in recent times. What do you think?