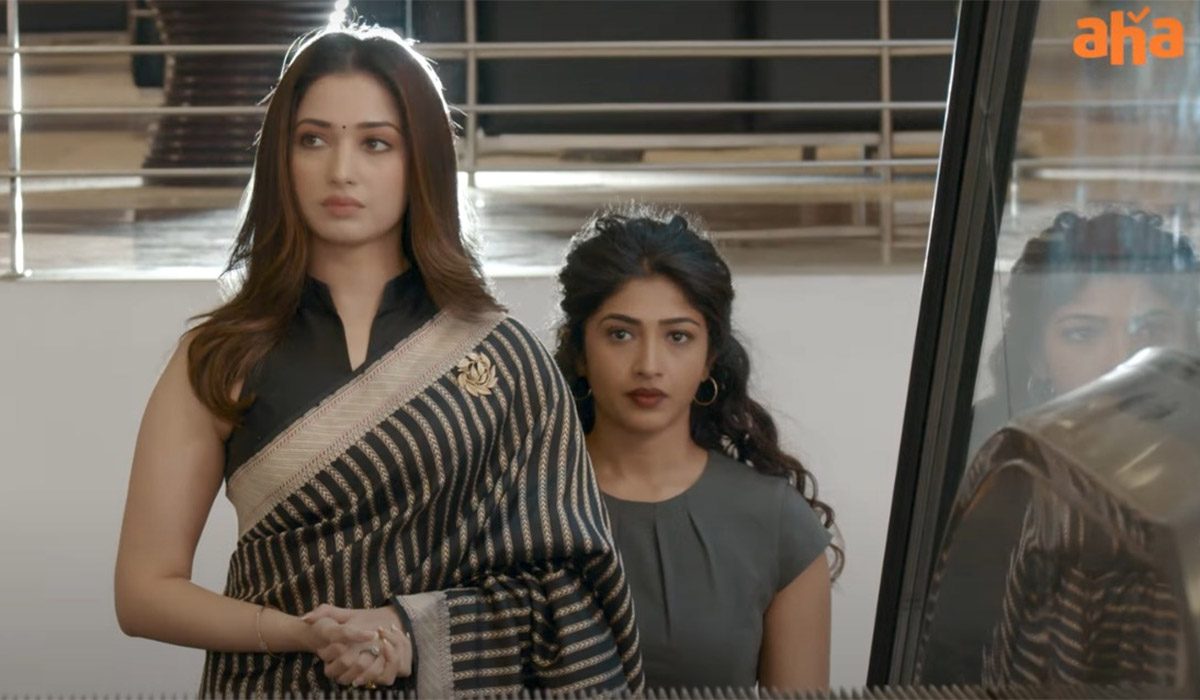 Milky Beauty Tamannah’s Digital Debut, 11th Hour is all set to stream on April 9th. It is an exclusive of Aha Video, the 100% Telugu Exclusive OTT Platform. The trailer of the web series is out and it is interestingly cut.

Tamannah plays Aratrika Reddy who is up against a male-dominated system to save her father’s business empire. The premise of the story is narrated interestingly. Tamannah is seeing narrating her story comparing it with the famous children’s bedtime story, Red Riding Hood. It effectively drives the point of a single woman having to fight her own battle’. The story looks impressive of Aratrika Reddy taking on the deceitful world fighting against enemies, family, friends, and even time.

Tamannah is seen in two different shades – a helpless woman who later turns determined. Lookswise, she is elegant in the business formals. The role seems to be challenging for her even if we consider the best of the characters she got in films. Another noticeable fact is the superb production values. No wonder, Aha Video claims it Biggest web series in Telugu.

Finally, the 11th Hour trailer hits the point and conveys what is needed. We will have to see if Aha Video can make a splash with it on April 9th.

The web series is based on a Telugu novel, 8 Hours written by Upendra Namburi. Critically appreciated Telugu director, Praveen Sattaru is directing it. He has some very decent films to his credit and so naturally, the expectations will be reached. Pradeep U is bankrolling the web series on his Introupe Films Banner.