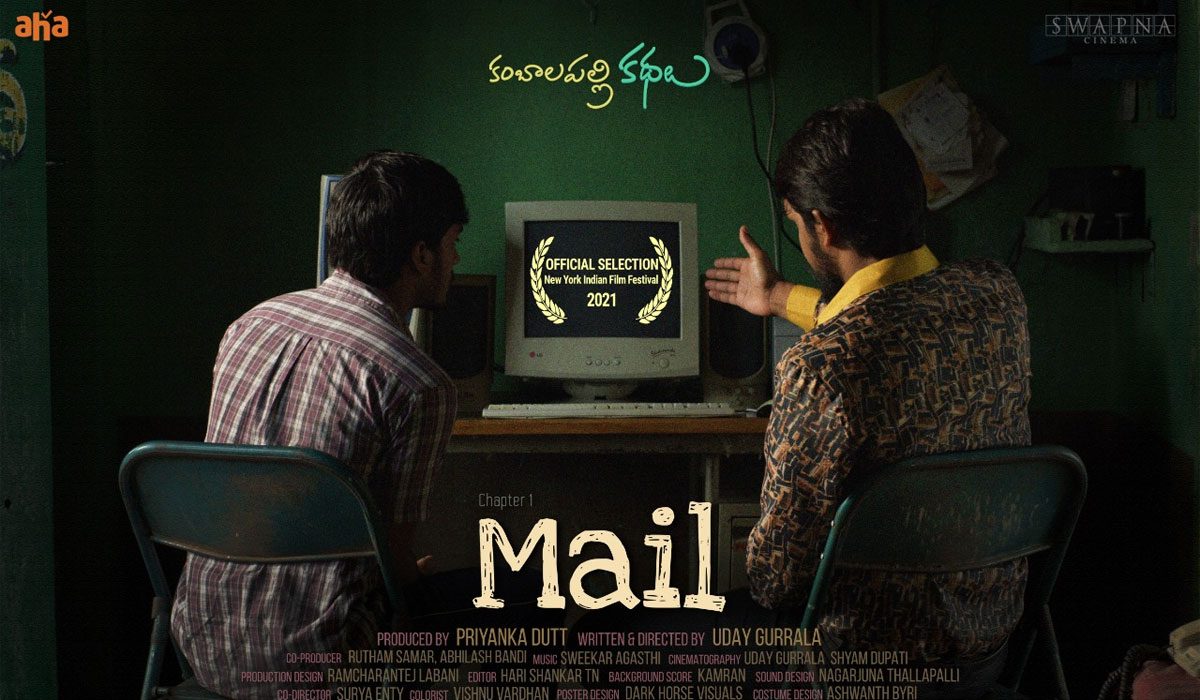 Mail – the first part of Kambalapally Kathalu was premiered on Regional Telugu Exclusive OTT Platform, Aha Video a few months ago. It has got a good response as it stirred the nostalgia of the 90s kids. Now, the movie is officially selected for the screening at New York Indian Film Festival starting from June 4th.

The makers, Swapna Cinemas, and the OTT platform have informed about in their Twitter account. Except for Priyadarshi, Mail did not have any notable faces but still managed to strike a chord with the audience. Mail has impressed the audience with natural performances, village setup, the nostalgia it stirred with the reference to the early days of the computers.

Kambalapally Kathalu is more like a franchise of such nostalgic stories. A few months ago, Priyadarshi, in an interview, hinted about few scripts being readied in the series. This achievement is likely to accelerate it. Mail has been directed by a first-timer, Uday Gurrala. Aha Video bankrolled the film trusting the content and it paid off. This recognition will also motivate them much more to deliver such interesting original content.