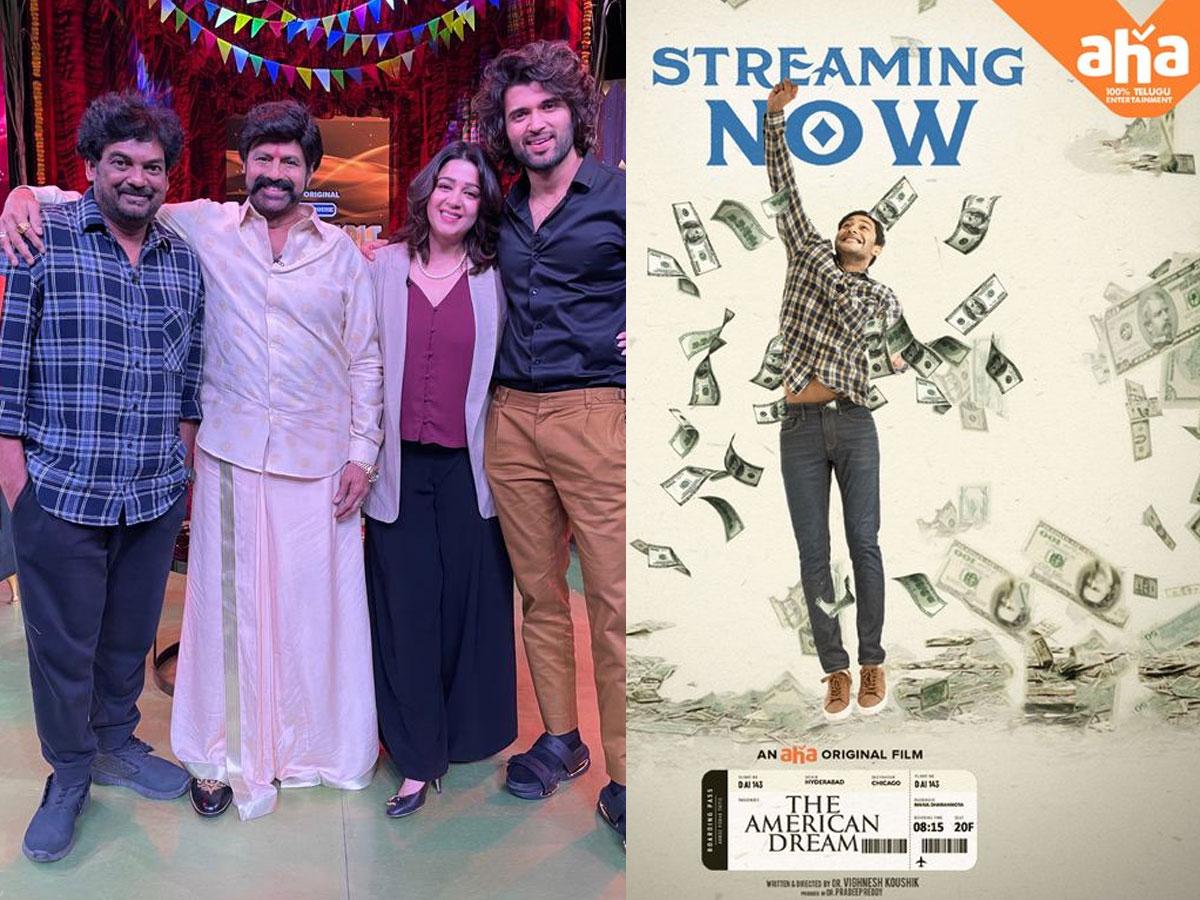 Nandamuri Balakrishna‘s celebrity talk show on Aha Video – Unstoppable is garnering a stellar reception from the Telugu OTT audience. Marking the occasion of Sankranthi, Aha dropped the much-hyped episode of the show, featuring Balakrishna, Vijay Deverakonda, Puri Jagannadh, and Charmme. This is one of the best episodes of the show.

Balakrishna asks Puri the secret behind him going to Bangkok for penning scripts. The star director has an interesting response for the same. “Writing scripts in Bangkok is one of the toughest things to do. After seeing me going to Bangkok to pen stories and scripts, many of my friends have been to the country. But all they did was party all night and return even without writing a scene, let alone a script. I go to a beach in Bangkok at 9 AM, sit on a bench nearby the beach and write fresh scripts till 6 PM. Not everyone follows this routine.” Puri said.

The candid conversations between Balayya and Puri were a treat to watch. The way Balakrishna refers to Puri Jagannadh as Jaggu and the way the latter addresses the Nandamuri hero as Bala shows the kind of rapport the duo share. They even discussed about how Puri made a whole lot of money in his directorial career and how he lost almost all of it due to his carelessness. This dialogue is one of the main highlights of the episode. It has a philosophical touch.

Then comes Vijay Deverakonda. Balakrishna’s energy multiplies once Vijay sets foot on the stage. Balakrishna funnily imitates a boxer, reminiscent of the boxer character Vijay plays in his forthcoming pan-India biggie Liger. “You named yourself Rowdy, do you think you are a bigger Rowdy than me?” Balakrishna asks Vijay. To which, Vijay replies “I don’t intend to compete with you on this aspect. I am fed up with people telling me what to do and what not to do. That is when I channeled in the Rowdy attitude and started doing what I love.”

Vijay added “I am in the right state of mind to a film of Liger’s scale. I am super excited about the film and can’t wait to show you all what we have in store.”

All in all, Balakrishna – Vijay Deverakonda’s episode of Unstoppable keeps us enthralled from the start till the end. It has the right amount of entertainment, philosophical touch, and unfiltered conversations. Now, we are awaitng the premieres of Balakrishna – Mahesh Babu episode which will be out very soon. This will be one of the flagship episodes of the super successful show and incidentally, it will also be the last and final episode.

On a related note, The American Dream, a new Aha Original is also available for streaming on the platform now. The film has opened to a relatively positive response from the Telugu OTT audience.Follow us on Google News