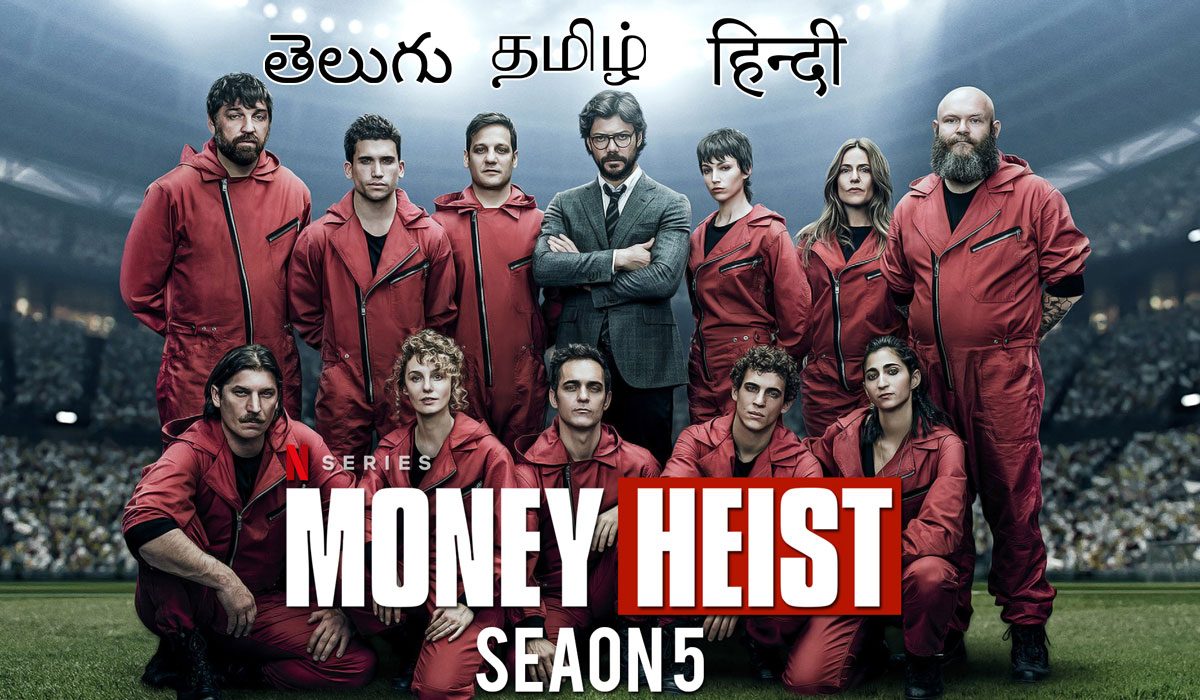 Netflix’s ‘La Casa De Papel’ or better known as ‘Money Heist’ is one of the biggest shows all over the world currently. The amount fan following this show has gained since its debut in 2017 is huge. The heist thriller show is actually a Spanish original show which was picked up by Netflix for global streaming. They later changed its name to Money Heist for the global appeal. The fan following for Money Heist has increased significantly over the past two years in India. And to maintain that excitement Netflix has played a brilliant move. Ahead of Season 5 of Money Heist, Netflix has made the show available in multiple languages. Users can now enjoy the show in Hindi, Tamil & Telugu as well.

Netflix is a streaming giant which faced heavy criticism in the Indian market for lack of originals in Tamil and Telugu language. To overcome this barrier and attract the audience, Netflix has brought Tamil and Telugu anthologies in the form of Paava Kadhaigal and Pitta Kathalu respectively.

Sensing the huge market Money Heist has created for itself in India, Netflix surely want to cash in this popularity in the upcoming final season of Money Heist. And hence they have made the show available in 5 languages in India. We now get the original Spanish dub along with English dub, with Hindi, Tamil and Telugu languages serving as new additions.

Apart from Money Heist, no other major show is available in regional languages except of Hindi. Be it Stranger Things, Sex Education, Mindhunter, Never Have I Ever, Lucifer etc. All these are only available in English and Hindi dubs.

Fans have been bugging Netflix for quite a while to add regional language dubs in their original shows and movies, but till now no effort has been made in the same. With Money Heist getting the much anticipated dubs, one may feel that soon enough Netflix will start rolling out similar dubs for its top shows in India.