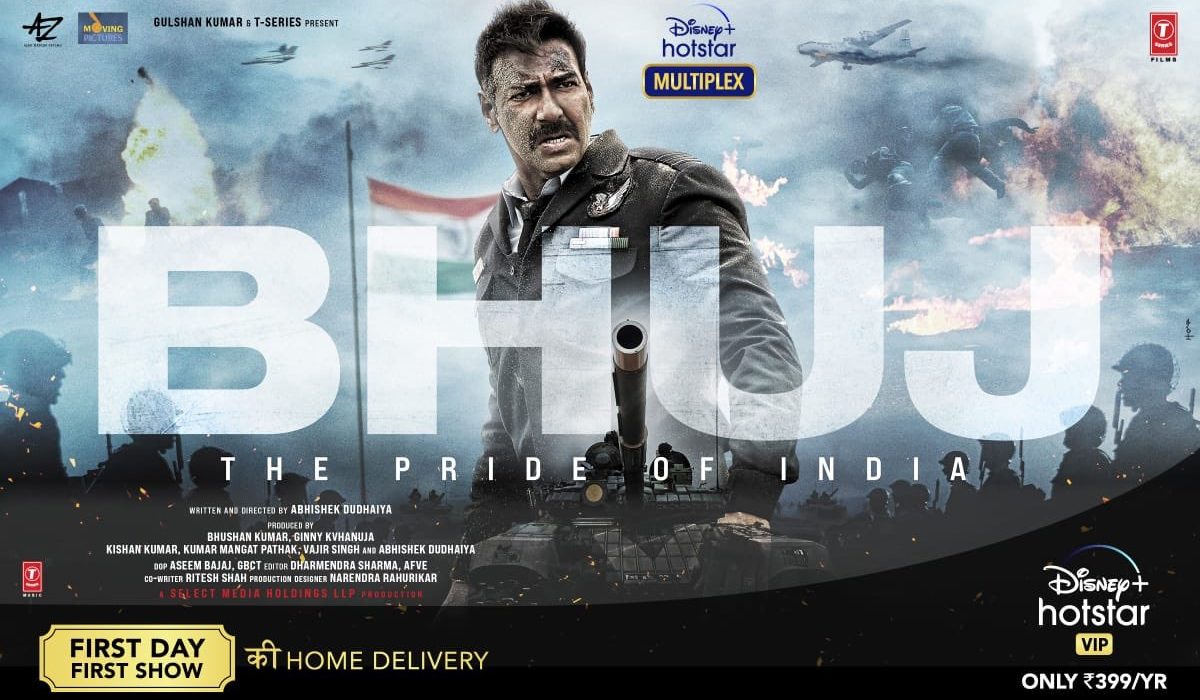 You heard it here first folks. ‘Bhuj: The Pride of India’ will resume production, post Diwali, with Ajay Devgn set to return first for the shoots. After the ‘Singham’ actor finishes his shoot, the other members of the cast – Sonakshi Sinha, Nora Fatehi, Mahesh Shetty and the rest will join up to finish the remainder of the shoot.

The shooting period has been tentatively set after the 14th of this month (Diwali as mentioned before), for a 12 day period. As most of the film was shot pre-Covid, this small time period should be enough to wrap up the rest of the film. With post production, we are expecting the film to drop mid-way through next year, hopefully sooner.

‘Bhuj: The Pride of India’ will be based on a true story, which will follow the life of IAF Squadron Leader Vijay Karnik, who was the then in-charge of the Bhuj airport (in Gujarat). Set in 1971, during the Indo-Pakistani War, Vijay Karnik reconstructed the destroyed IAF airbase with the help of 300 women from the local village Madhapar. This was one of the lesser known, yet an amazingly true war-effort related stories.

This film comes at a time when Bollywood is releasing more (and more) patriotic films while also depicting the Indian forces in action, based on (or around) true stories. With the success of films such as ‘Razi’, ‘Parmanu: The Story of Pokhran’, ‘Uri: The Surgical Strike’ among others, we are expecting this Ajay Devgn military biopic to blow us out of the park.

Due to the coronavirus pandemic and the subsequent lockdown, Devgn announced on June 29th 2020, that ‘Bhuj: The Pride of India’ will not be coming out theatrically and instead will be releasing on the streaming platform Disney+Hotstar. The film is directed by Abhishek Dudhaiya who also penned the script with Ritesh Shah.Follow us on Google News