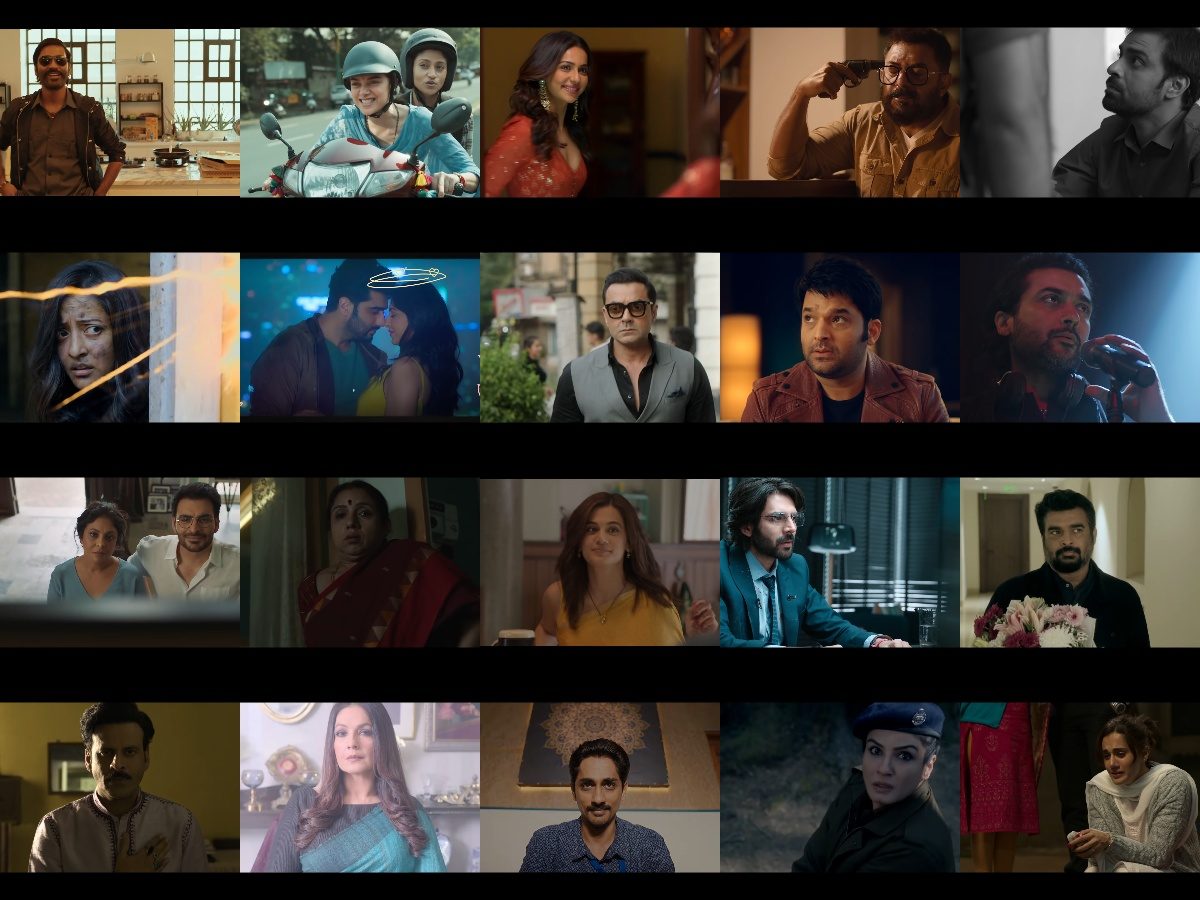 After a flurry of promotions by numerous celebrities, Netflix India announced its big fat 2021 slate of upcoming content for Indian viewers this morning. Included in the list is content of diverse genres, with a slew of Bollywood stars and popular TV and digital actors. There are a raft of new seasons for popular shows. Jamtara, Little Things, Masaba Masaba, The Fabulous Lives Of Bollywood Wives, among others will get new seasons on Netflix. There are also several previously announced titles in the list of upcoming content – Madhuri Dixit and Karan Johar‘s collab show, Abbas Mastan’s Penthouse, Sanya Malhotra’s Meenakshi Sundareshwar, among others. Lastly there’s all new content that Netflix has revealed for the first time in the public eye. In all, Netflix India has unveiled an eye-popping 41 new offerings for 2021.So here’s the list of all the 41 pieces of content that will arrive on Netflix India in 2021 and maybe early 2022 —

Penthouse is a Netflix Original film, created by director duo Abbas Mustan for Netflix, and directed by Danish Husain. It is a psychological thriller, with the compelling trio of Sharman Joshi, Bobby Deol and Arjun Rampal playing the leads. Manjari Phadnis, Mouni Roy and Waluscha De Sousa also star in the film.

Meenakshi Sundareshwar is a Netflix Original film, with Sanya Malhotra playing Meenakshi and Abhimanyu Dassani playing Sundareshwar. It is a romantic comedy, directed by Vivek Soni, and produced by Karan Johar’s Dharma Productions.

Pagglait is another Sanya Malhotra comedy film that will premiere on Netflix as a Netflix Original film. It is written and directed by Umesh Bist, and produced by Shobha and Ekta Kapoor’s Balaji Motion Pictures, and Guneet Monga’s Sikhya Entertainment. The cast includes Shruti Sharma, Ashutosh Rana, Raghubir Yadav and Rajesh Tailang.

Kartik Aaryan’s race-against-time thriller, where he plays a journalist who’s privy to a terrorist bomb attack.

A film by Ivan Iyer, who had earlier made the seminal ‘Soni’. Co-written, edited and directed by Ivan Ayr, produced by Kimsi Singh, and starring Suvinder Vicky and Lakshvir Saran, the story follows a truck driver who tries to cope with the tragic death of his wife.

Mithila Palkar and Dhruv Sehgal return with a new season of Little Things, their heartwarming slice-of-life romantic comedy drama. Little Things Season 4 has been long awaited by fans of the show, and looks like they’ll get their wish fulfilled this year.

The crime drama by Viacom 18 Studios’ Tipping Point had ended on a major cliffhanger in its debut season last year. It is based on a phishing racket run from Jamtara, a tiny town in Jharkhand. The show returns for Season 2, with Sparsh Shrivastav, Anshumaan Pushkar, Monika Panwar, Aksha Pardasany, Amit Sial and Dibyendu Bhattacharya set to reprise their roles.

The reality show that captures the daily lives of the wives of four Bollywood actors returns for a Season 2. All four wives, Maheep Kapoor, Seema Khan, Neelam Kothari, Bhavana Pandey, return for the new season.

The crime thriller and police procedural will return with a new case, but with old cast members, Shefali Shah, Rajesh Tailang and Rasika Dugal.

The series is Bollywood diva Madhuri Dixit Nene’s OTT debut. Sanjay Kapoor stars alongside her in this thriller show, produced by Karan Johar’s Dharmatic Entertainment and directed by Sri Rao.

Raveena Tandon makes her digital debut with this female-led crime thriller by Roy Kapur productions. It is directed by Vinay Waikul (Mission Over Mars) along with Rohan Sippy. Raveena Tandon has also penned the script of the thriller show. Parambrata Chattopadhyay stars alongside Raveena in this one.

A romantic comedy with R Madhavan and Surveen Chawla, directed by Hardik Shah of Kamyaab fame.

Anushka Sharma’s next Netflix offering after Bulbbul, starring Sakshi Tanwar as a woman who takes to crime to safeguard her family.

The larger than life show that captures sights, sounds, not to say, the lavishness of the Indian weddings returns for Season 2

It is a reality game series, created by SOL Production. The show will see eight social media influences facing off against each other in real world tests.

Karan Johar’s documentary on Ma Anand Sheela, the second in command of Osho Rajneesh in his religious cult

A documentary feature from Vice Media.

Leena Yadav’s documentary series on the shocking Burari deaths of Delhi, where 11 family members of the Burari family were either killed or committed suicide as part of a ritual sacrifice or a secret pact. The mystery of their deaths lingers to this day.

Alankita Shrivastava’s series on five headstrong women who forge their own destiny and success. It stars Pooja Bhatt, Shahana Goswami, Amruta Subhash, Plabita Borthakur and Aadhya Anand in the primary roles of the five women.