Home News All Eyes On Godzilla Vs Kong To Revive The U.S. Box Office 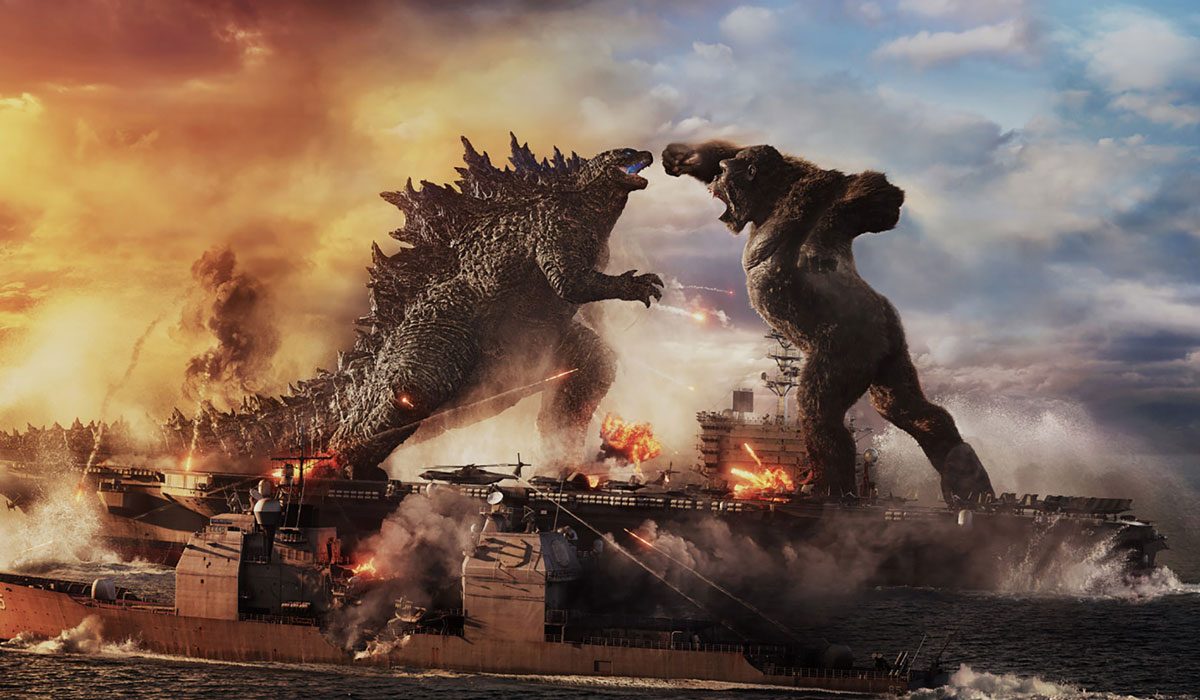 Godzilla Vs Kong releases in theatres in the USA on March 31. Going by the initial buzz, and its performance at the global box office, the monsterverse movie is promising great things for the US cinema industry. Cinema-owners are counting on Godzilla vs Kong to bring in the highest ticket sales since Covid 19 brought the film industry to its knees; increased confidence among movie-lovers to put aside their fear of the virus and catch the film in cinemas; but most of all – the potential to revive the beleaguered U.S. box office like none of the previous post-Covid releases did.

Godzilla Vs Kong may very well do for the U.S. box office what Detective Chinatown 3 and Hi, Mom did for China’s Box Office. While Hi, Mom grossed a revenue of $820 million, Detective Chinatown 3 grossed over US$682 million, thus effectively reviving the China Box Office and bringing it out of the doldrums. Going by pre-release indications, ‘Godzilla vs. Kong’ may well go down in history as the film that revived the U.S. box office in a bleak post-Covid scenario.

Godzilla vs Kong releases in the U.S. on March 31, several days after its release in several major Asian markets. The monster film has already broken records in India. As per trade analysts, Godzilla vs Kong mopped up a record ₹6.5 crores on the first day of release. The total box office collection stands at ₹16.02 Crores after just three days of release. This, when most film markets in the country have Covid-19 restrictions in place that allow only 50% occupancy in cinemas. The weekend collections are expected to hit record highs in India.

The China performance of Godzilla vs Kong is even more spectacular. The Warner Bros and Legendary film has hit almost $50 million in China in just two days of release. Sunday looms, which should help shoot up collections even further.

South Korea has added another $1.8 million in Godzilla vs Kong’s kitty, within three days of release.

In the U.S., Godzilla vs Kong is projected to rake up the highest revenue in ticket sales ever since Covid 19 struck. As per surveys conducted by entertainment market research and analytics firm Guts + Data, and provided exclusively to Variety.com, post-trailer interest in Godzilla vs Kong is the highest in the last one year. At 78%, it is much higher than Wonder Woman 1984, which had 58% interest from audiences willing to return to theatres.

As per the interest generated, Guts + Data has projected a box office collection of $23.7 million for Godzilla vs Kong, for the first three days of release, that is, in the opening weekend. The opening weekend revenue, if it does materialize as per projections, will surpass those of Tenet ($20.2M) and Wonder Woman 1984 ($16.7M) in their opening weekends. This despite the fact that Godzilla vs Kong will release simultaneously on HBO Max.

The above data suffices to conclude that Godzilla vs Kong is on track to usher movie-going back into the lives of Americans. Not to say, revive the U.S. Box Office and help it become the throbbing, thriving entity it was, before Covid-19 reduced it to a sorry messy state. And more power to the ultimate Monster movie of recent times!