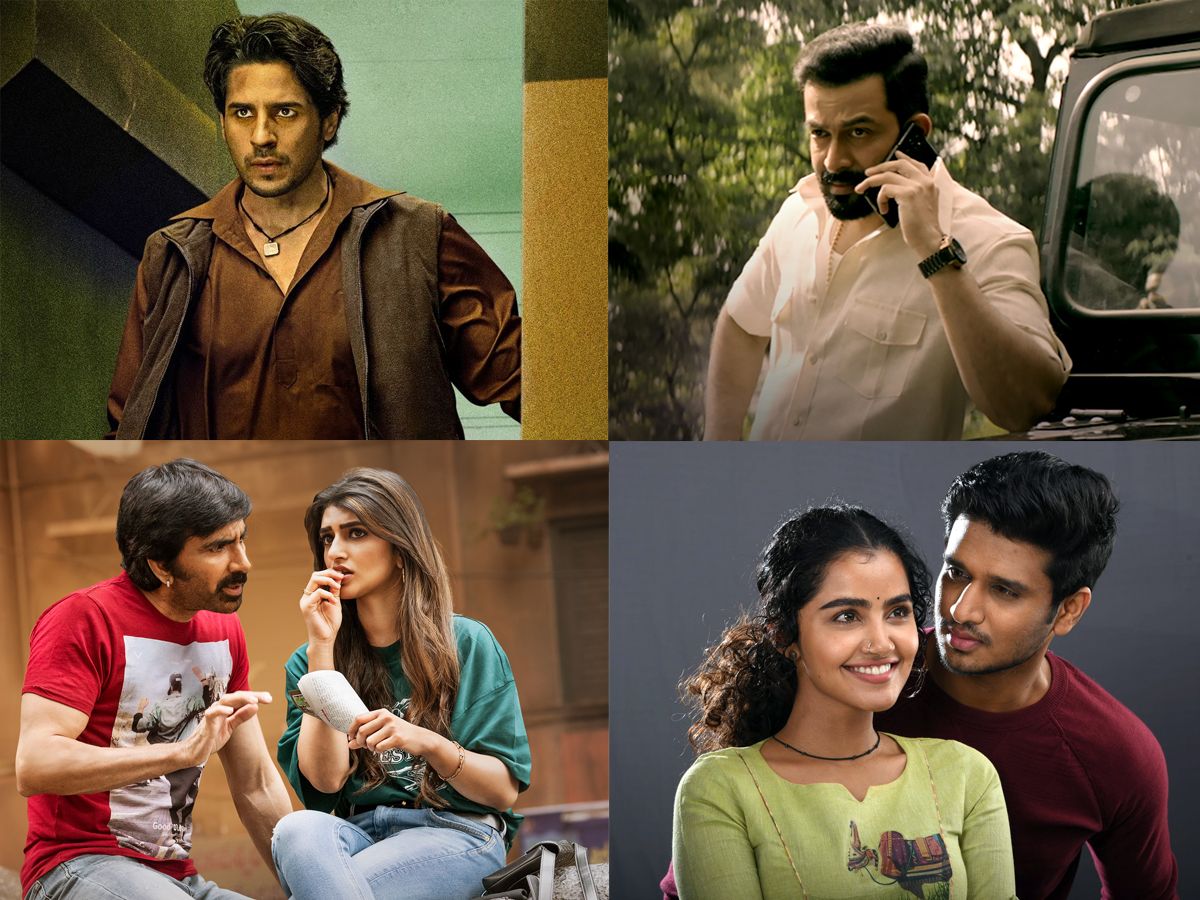 6. An Action Hero – 27th January, Netflix, Hindi
Ayushmann Khurrana plays an actor who travels to Haryana for an outdoor shoot but gets into an accident that turns his life upside down, and sets a dangerous goon (Jaideep Ahlawat) after him. Dir by Anirudh Iyer. Starring Ayushmann Khurrana, Jaideep Ahlawat, Jitender Hooda, and cameos by Malaika Arora, Nora Fatehi, Akshay Kumar.

7. 18 Pages – 27th January, Netflix & Aha Video, Telugu
Nandini, a young woman who suffers from short-term memory loves to use a diary to keep track of her life. But, when her diary is lost, it is found by a young man, who is depressed after his girlfriend cheats on him. Drawn to the person he reads about, he sets out to find her. Written by Sukumar, directed by Palnati Surya Pratap, starring Nikhil Siddharth, Anupama Parameswaran, Ajay, Posani Krishna Murali, Brahmaji