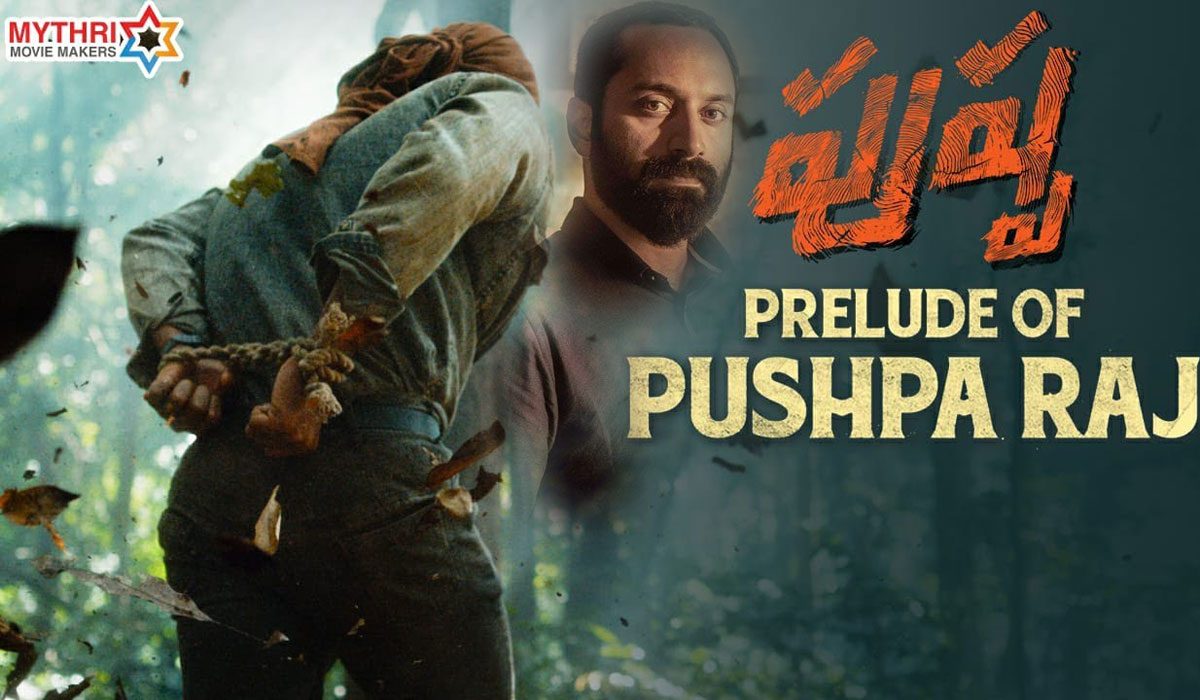 Mythri Movie Makers, one of the production companies behind the upcoming Telugu action thriller, ‘Pushpa’, dropped a sneak peek for the same titled ‘Prelude of Pushpa Raj’ on twitter, a few hours ago. The film makers also dropped the release date of the movie’s trailer, which will drop in the evening, midway through next week. The movie is scheduled to be released during the Independence Day weekend. Check out the tweet made by Mythri Movie Makers at the end of this article.

The sneak peek video is a short 18 second flick. We get a glimpse of the lead actor, Allu Arjun, but not of his face. The character he is portraying is running through a thick jungle with his entire head covered by a cloth and his hands tied behind his back. Although this is basically nothing, when it comes to having a basic idea about the film, the synopsis of the film and brief look at the location during the sneak peek has piqued our curiosity. This showdown between Allu Arjun and Fahadh Faasil was not something we ever thought about before, but it is all we can think about since we heard that Fahadh was joining this action project

This Telugu action thriller is expected to release in theaters mid-August, not just in Telugu language, but also in Hindi, Malayalam, Tamil and Kannada dubbed versions also. Rashmika Mandana will play the female lead, while Jagapathi Babu, Prakash Raj and others will join Allu Arjun and Fahadh Faasil in playing significant roles in ‘Pushpa’. Fahadh Faasil is playing the main antagonist in this film. Allu Arjun, the male lead will play the role of a lorry driver and the story revolves around red sandalwood smuggling. Allu Arjun will also sport a Chittoor slang during his Telugu dialogue delivery.

The trailer for the ‘Pushpa’ will release on Wednesday, 7th April 2021, at 6:12 pm. We expect the trailer to drop on twitter and YouTue simultaneously on the online official pages of the aforementioned production company – Mythri Movie Makers.

The film will release in theaters on 13th August 2021, during the Independence Day weekend.