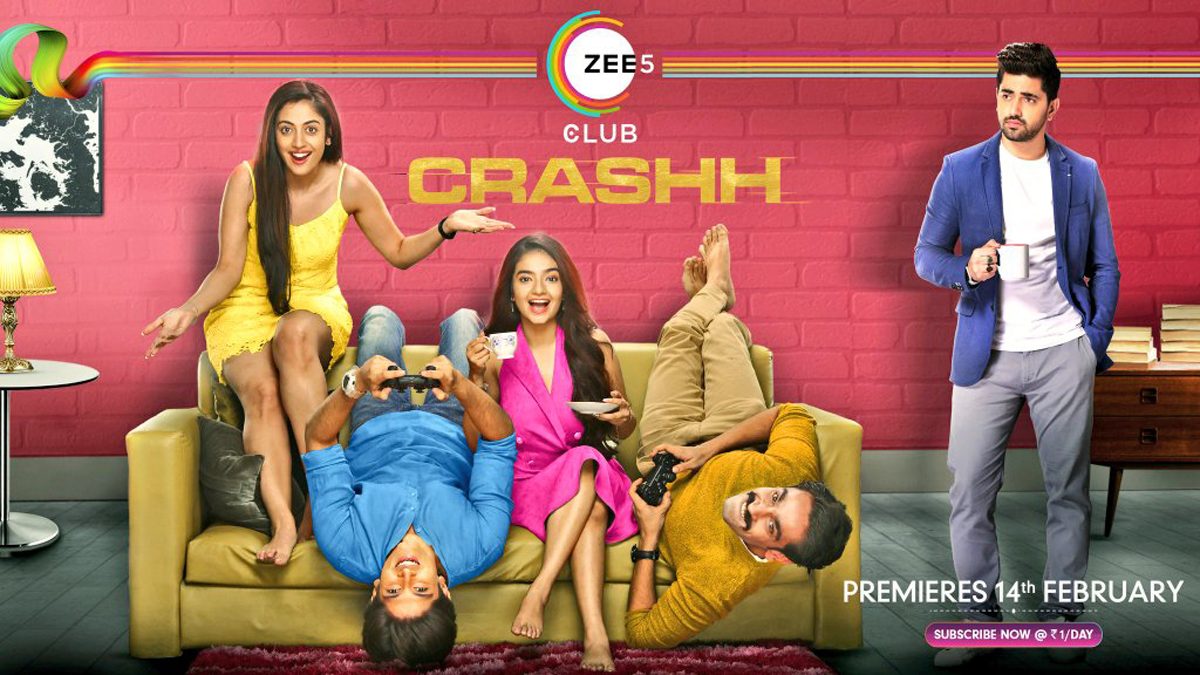 Ekta Kapoor is coming up with yet another brand new show, this time it’s all about sibling love. Titled “Crashh”, the web-series will hit the screens on the 14th of February, 2021. The show will be streamed both on Zee5 and ALTBalaji. The number of episodes or will this be a single season or with more isn’t decided. Most likely looks like it will be waiting for after release and the reception of the show.

The four main characters of the show were also revealed along with the basic plot line of it. The characters of the show are Kabir, Rahim, Kajol and Alia. They will be played by Kunj Anand, Rohan Mehra, Aditi Sharma and Anushka Sen respectively. Zain Imam is also in the cast playing a rather important character. He was also part of the poster that was released but was shown standing in a corner away from all the four.

The basic plotline of the series is that the four siblings are part of a car crash back in the 2000s and destiny pulled them apart after the accident. It is that same destiny itself that will bring all the siblings together once again. They will cross each other’s path in life and at the end become the part of life, much later when they come together.

This star cast and the vibe of the show feels like it will be a different one coming from Ekta Kapoor’s production. As recently, she has been only producing and putting out shows that had a lot of adult content. While considering the fact that, this show too also has youngsters playing the roles, the bond filled with emotions and love for each other as a family might outweigh everything else.

Going with the story line, this show will definitely focus on being an emotional rollercoaster of love between siblings and destiny that brings them together.