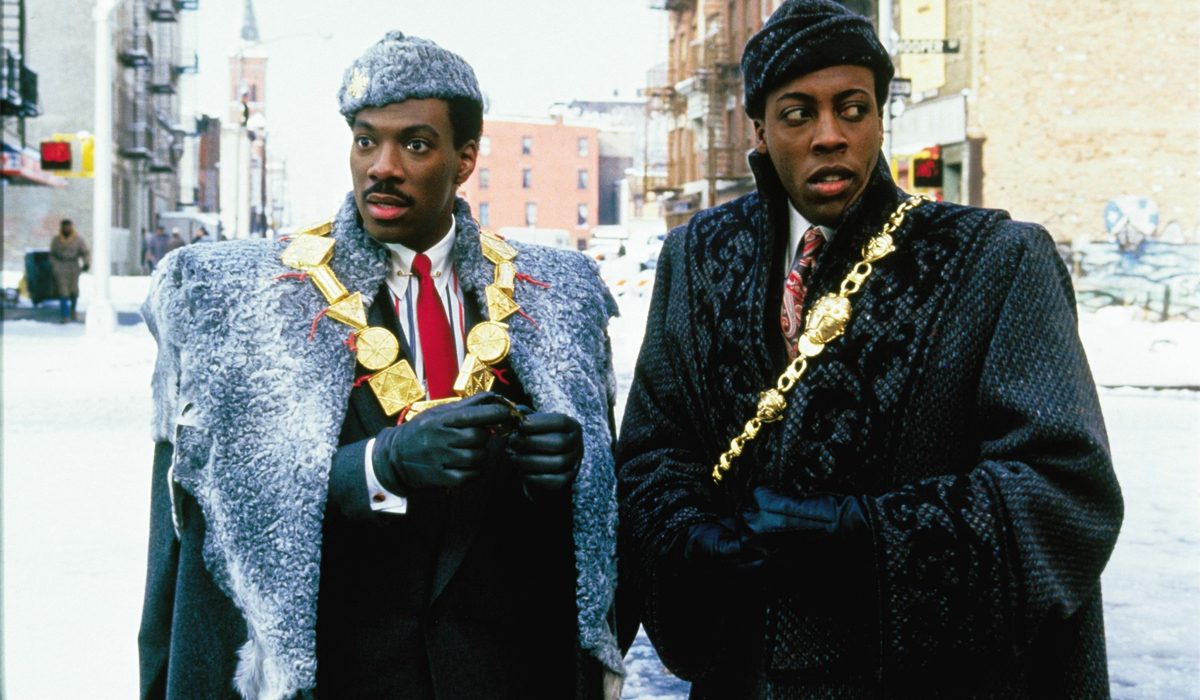 Eddie Murphy’s 1988 hit ‘Coming to America’ is getting a sequel after 33 years (finally). Titled ‘Coming 2 America’, the sequel is set to release next year on the OTT giant, Amazon Prime Video. In the first film, Murphy plays African royalty, Prince Akeem who comes to America on his 21st birthday. He has come to the “land of the free and the home of the brave” to find a woman he can marry, one he can truly love and respect.

This American comedy was a huge commercial hit when it released back in 1988, getting around 288 – 350 million USD against a budget of 36 million USD. Pretty much the entire cast is returning to the sequel for this film, with a few casting additions. The sequel was announced on January 11th 2019. It started shooting on August 17th 2019 and ended shooting on October 9th of the same year.

The premise of the upcoming sequel is as follows:

After the events of the first film, Prince Akeem has now become the King of Zamunda. When he discovers that he has a son he never knew about in America – a Queens native named Lavelle. He goes to America with his general/best friend Semmi to groom this young man to be the next king, thereby honouring his father’s dying wish.

The film is set to be directed by ‘Dolemite’ director, Craig Brewer. Arsenio Hall, James Earl Jones, Shari Headley, John Amos, Louie Anderson, Wesley Snipes, Leslie Jones, Tracy Morgan, Jermaine Fowler, Bella Murphy, Rotimi, KiKi Layne, Nomzamo Mbatha and Teyana Taylor will all be joining Murphy in the sequel in prominent roles. The film was originally set to hit in August 2020, before the pandemic made the production house change that plan. There was a tentative December release date, but that too has been scrapped.

’Coming 2 America’ is set to release theatrically and on Amazon Prime Video (in countries where theaters are still closed) on March 5th, 2021.