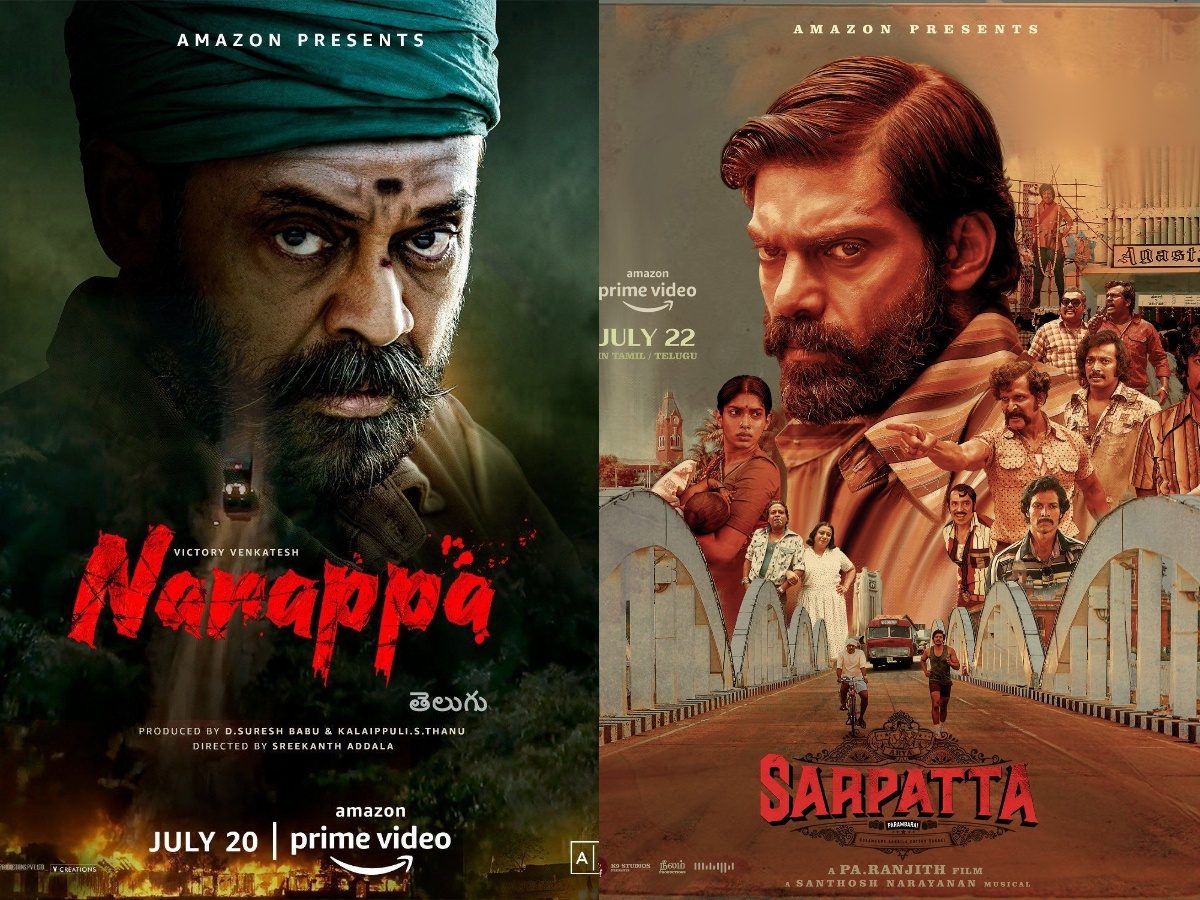 Amazon Prime Video have released two brilliant South-Indian films in the past three days – the Telugu period drama ‘Narappa’ and the Tamil period sports drama ‘Sarpatta Parambarai’. Both films are completely different, yet immensely entertaining and we encourage you all to give them a go. With the success of these two films (the response of ‘Sarpatta Parambarai’ is still pending, but we think it is a foregone conclusion at this point), Amazon Prime Video pulls ahead of the “OTT-pack” with its South Indian hot streak!

Amazon Prime Video has had a brilliant 2021 when it comes to South Indian releases. Starting the year off with the highly anticipated ‘Maara’ and ‘Drishyam 2’, created a momentum for the streaming platform (for South Indian projects) which never really dropped throughout the year. This was followed by a Malayalam crime drama – ‘Joji’. There was a slight dip in the South-Indian hot streak however with films like ‘Ek Mini Katha’, ‘Pachchis’, ‘Cold Case’ and ‘Sara’s’. These films aren’t bad, just not as good as the first three direct-to-OTT South Indian original films. Still, the South-Indian hot-streak wasn’t done, only slowed.

The momentum picked up with the recently released Fahadh Faasil starring Malayalam gangster thriller, ‘Malik’. The film quickly joined 2021’s top 10 South-Indian movies and despite its length, the film got rave reviews for its brilliant acting, music and story. On 20th July 2021, the Telugu remake of the Tamil hit ‘Asuran’ – ‘Narappa’ released on the OTT platform and the movie blew critics and audiences out of the water. Many didn’t expect much from the movie, especially after Dhanush’s brilliant performance from the Tamil film, but Venkatesh does really well to match him in the Telugu period piece reboot.

Amazon Prime Video has not taken a wrong step so far when it comes to direct-to-OTT South-Indian releases. Of course, the OTT platform’s initial rejection of the brilliant ‘The Great Indian Kitchen’ will be a huge reminder of their failure – then again, they haven’t done badly so far either. We hope to see more brilliant South-Indian OTT releases this year, and hopefully that hot-streak will extend to its other regional collaborations.