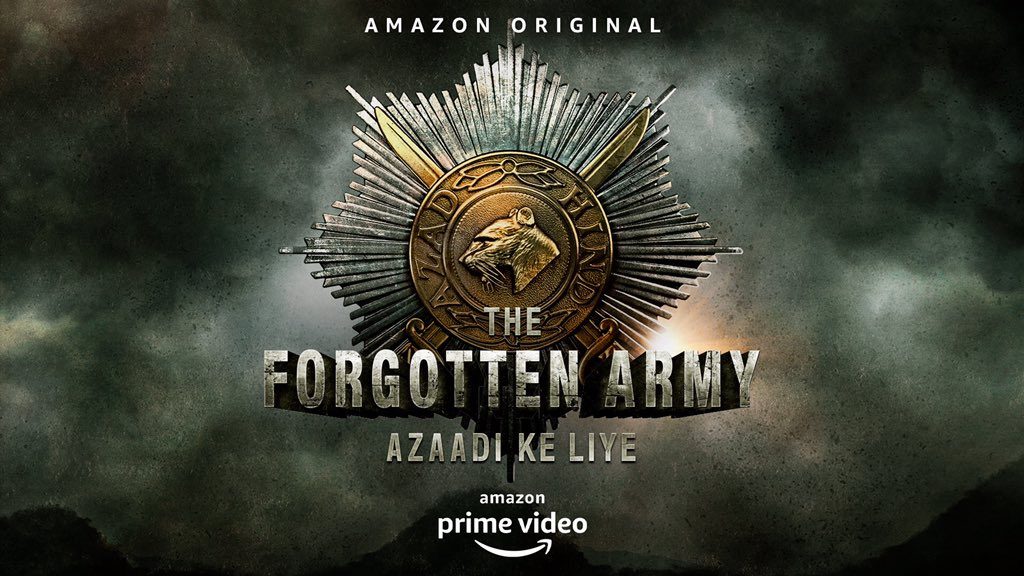 Amazon Prime Video today gave the first indication that its web show ‘The Forgotten Army’ will make it to the streaming platform very soon, as soon as early 2020.

This morning, the streaming platform released the logo for the web series, along with the caption:

“thrilled to begin 2020 with our dream project with @kabirkhankk, #TheForgottenArmy!”

Talented Bollywood director Kabir Khan is the showrunner of The Forgotten Army, while the series is headlined by Sunny Kaushal (of Gold fame) and Sharvari Wagh.

Kabir Khan and Amazon Prime Video have been in talks since long, over the making of The Forgotten Army. The story is based on Subhashchandra Bose’s Indian National Army, INA, or the Azaad Hind Fauj as it was called in Hindi.

It is a fascinating account of the charismatic leader’s last-ditch attempt to wrest India’s freedom from the British, by creating a resurgent, homegrown Indian army, comprising courageous men and women who were ready to fight the British until the last drop of blood drained from their bodies.

The web series is purportedly adapted from the book The Forgotten Army, written by noted historian, Peter W. Fay.

The first half of the New Year sure seems to be chock-a-block with exciting releases across platforms, which is great news for the Indian digital audience.

Watch this space at Binged.com for further updates on this story.Follow us on Google News