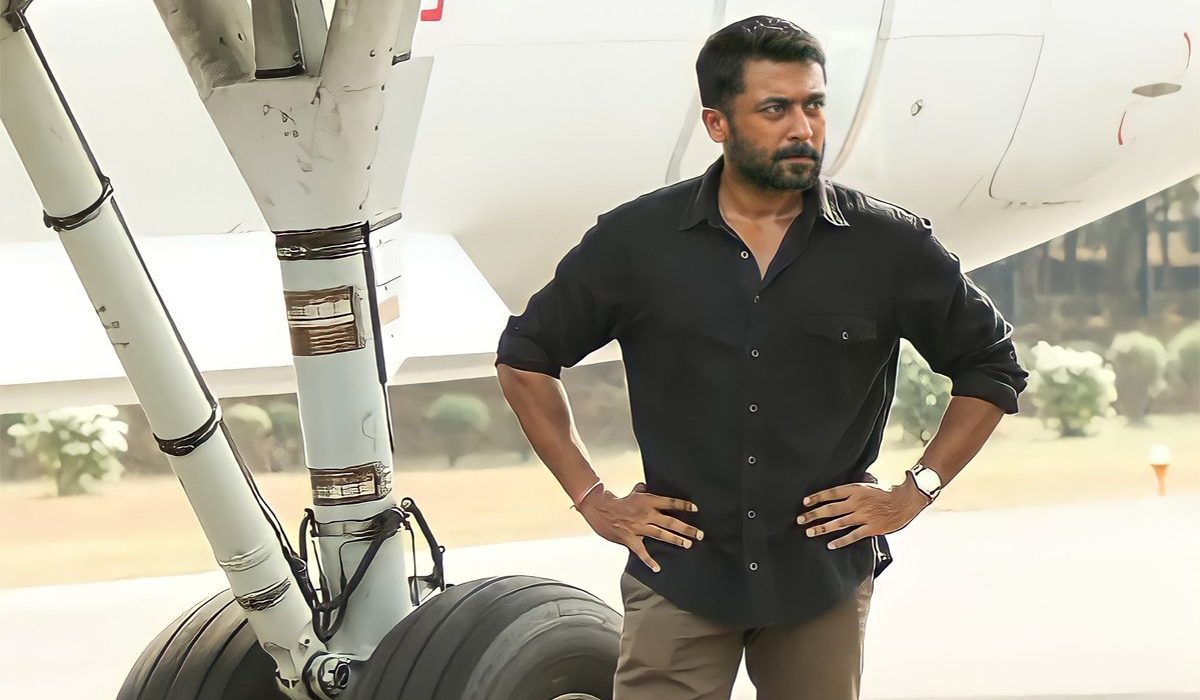 The Coronavirus shutdown in theatres led to a spate of Tamil, Telugu, Malayalam and Kannada films to skip theatres and opt for a direct to digital release. The move backfired, as most of those films have been heavily panned by audiences. After an endless line of direct to digital duds, the regional OTT and streaming space is in imminent danger of being labelled a dumping ground for average, poorly-conceived and written regional films. Penguin, Miss India, V Movie, Nishabdham and so many others, have all flopped on OTT. Some like Ka Pae Ranasingam, Krishna And His Leela etc met with limited success. Yet, one film looks certain to salvage the prestige of all the regional films that have opted to premiere on OTT rather than theatres. And that film happens to be Suriya’s Soorarai Pottru, releasing directly on Amazon Prime Video on 12th November.

Social media buzz around Soorarai Pottru is tremendous — more than we’ve seen for any direct to digital release in the last eight months, regional or otherwise, save for Sushant Singh Rajput’s Dil Bechara. Various hashtags related to Soorarai Pottru are trending everyday on Twitter, with the tempo of tweets not slackening even for a day. The noise surrounding Soorarai Pottru’s digital release is awe-inspiring; and exponentially higher than for any Indian release —yes, even Bollywood releases like Disney Plus Hotstar’s Laxmii and Netflix’s Ludo.

There are several things that are likely to work in Suriya’s favour, and hence, in favour of Soorarai Pottru. Suriya’s fans are craving a hit from the Kollywood superstar for a long time now. A movie of the scale and style of Soorarai Pottru is exactly what they want — and need — to satiate that craving.

Secondly, Suriya is an actor who has garnered tremendous goodwill among the public at large, during his long career. He enjoys the love and adulation of not only his native Tamil people, but also from film buffs across state borders. Telugu, Malayalam, Kannada, and even Hindi movie buffs adore Suriya – both as an actor, and as a humble, down-to-earth person.

Another compelling element about Soorarai Pottru is the team and people behind the hotly anticipated movie. Sikhya Entertainment, which is co-producing Soorarai Pottru along with Suriya’s own 2D Entertainment, is known to throw its heft behind strong, high quality projects. Director Sudha Kongara has evolved into a filmmaker of considerable talent – her film Irudhi Suttru and short Ilamai Idho Idho (part of the Amazon Prime anthology Putham Pudhu Kaalai) are proof of her skill. Also, Suriya’s fresh pairing with Malayalam actress Aparna Balmurali has intrigued and delighted fans no end. Their smouldering chemistry sears through the screen.

But most significant of all the reasons for Soorarai Pottru’s anticipated success are its plot, premise, subject, and the treatment given to it. Based on Captain GR Gopinath’s rousing story, Soorarai Pottru has patriotism, nationalist fervour and the feel-good factor in its narrative. The classic premise of the underdog beating all odds to emerge victorious is always a surefire winner. It is loved by viewers, irrespective of caste, region, culture, language and even country. Additionally, the film has been mounted on a lavish scale, and it shows in the compelling visuals. The frames seen in the trailer, awash in burnished golden hues, are thrilling to behold. Add to it, Suriya’s acting skills, and we’re looking at a definite winner.

Taking into account all of the above, Soorarai Pottru looks set to buck the trend of direct OTT regional duds, and be a blockbuster hit on streaming – Amazon Prime Video’s first legit direct OTT hit.