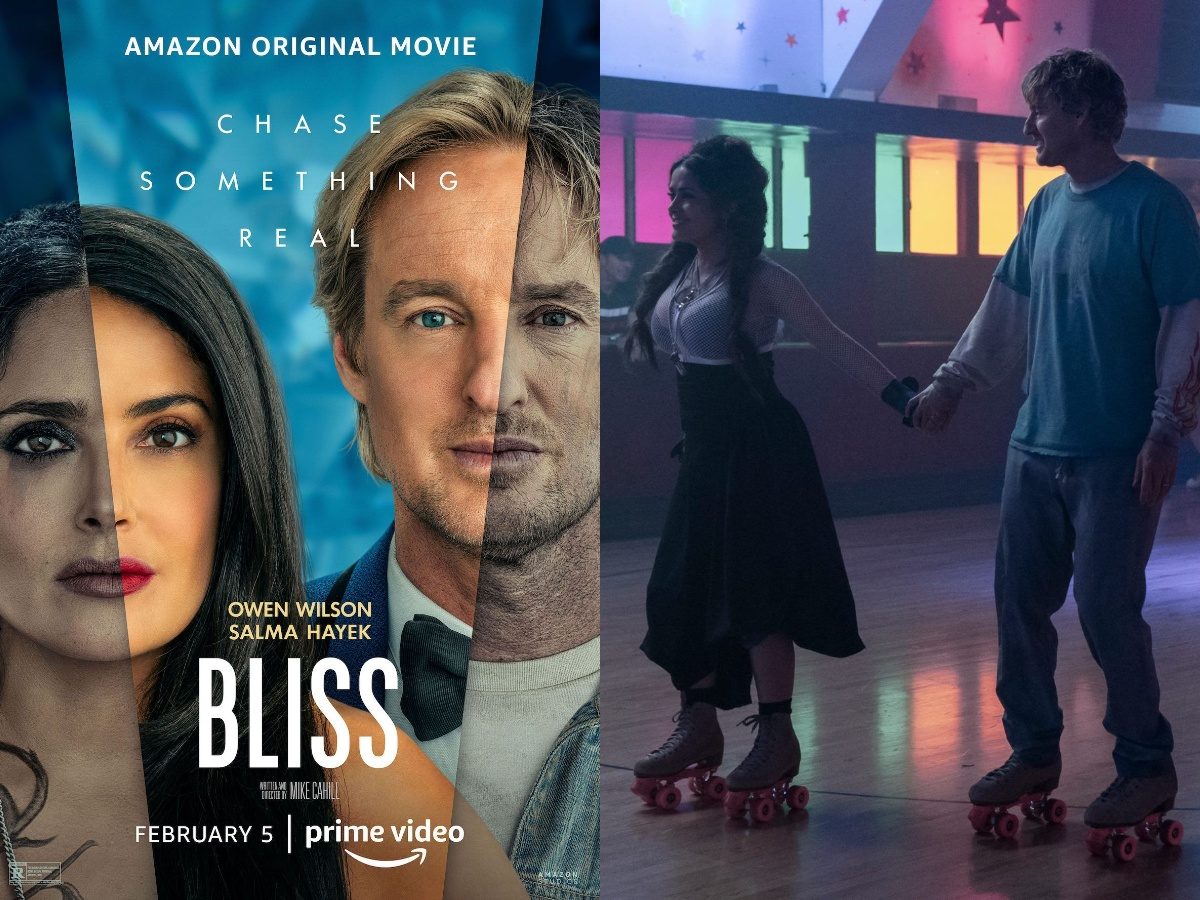 Amazon Prime Video dropped the trailer for their upcoming feature film Bliss, on twitter and it is an epic mind bender. The film is expected to drop next month on the streaming giant and the (almost) three minute trailer will give any viewer a lot to think about.

Owen Wilson and Salma Hayek star in this mind-boggling digital film and the premise of Bliss makes us question the close relationships we have and how much of ourselves can we really portray in these relationships. And we get all this just from the short trailer dropped by Amazon Prime Video.

The trailer for Bliss starts off with Owen Wilson’s character in an office sketching multiple drawings of a place, which seems to be just out of reach from him. He doesn’t know if this place is real, but the feeling he has for it, is. Snapped back to reality from a call, we find out that our protagonist is recently divorced and has two children – and one of them is about to graduate high school.

Later Wilson’s character meets a woman (Salma Hayek) at a bar. This woman is shown earlier, in one of the pictures, which he had previously drawn. From her, he finds out that they are currently in a simulated world and they have powers to affect the world around them (storyline sounds similar at this point? — Don’t worry, this is where the similarities between Bliss and The Matrix ends).

He eventually goes to the real world with the woman – who turns out to be a world renown scientist Dr. Isobel Clemens and the one who pioneered the brain-bot simulations (the one he was in previously). As he spends more time with her and in different simulations, he slowly starts losing himself in this new world, while his previous simulated life slowly catches up to him. The new world is real and the feelings he has for the Isobel are real as well but the love he has for his daughter is also real. How does one know what is real or not, when there are feelings rooted to both scenarios?

Bliss is expected to premiere on Amazon Prime Video on February 5th 2021. Watch the trailer for the film, down below: