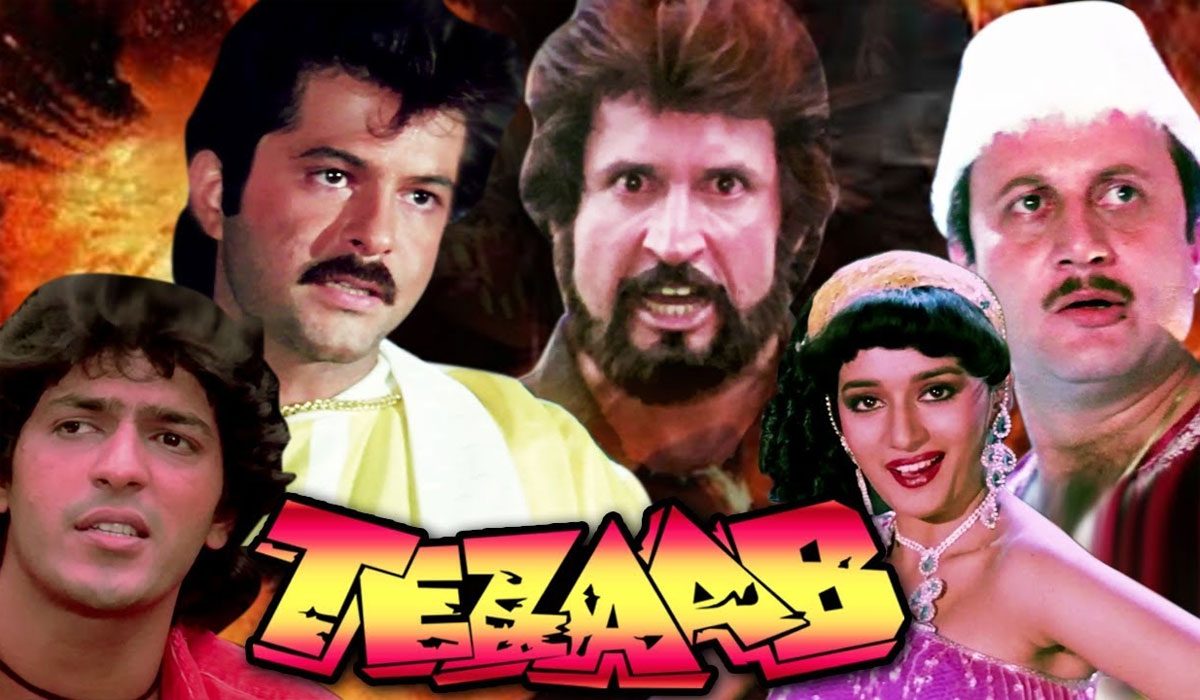 If rumour mills are to be believed and as per a report by a leading Bollywood entertainment website, ‘Kabir Singh’ producer Murad Khetani has bought the rights to remake the N.Chandra’s 1988 blockbuster ‘Tezaab’ starring the eternally admired pair of debonair actor Anil Kapoor and the raving beauty with the golden smile Madhuri Dixit.

It is being speculated that the makers of the remake intend to modernize the script, yet the essence of the original story may be retained. Reportedly, the remake will cast two contemporary actors as the lead pair. However, it is not clear whether Anil Kapoor and Madhuri Dixit will be part of the project if at all the remake happens.

Bollywood’s tryst with remaking its own smash-hits of the bygone days has churned out an interesting mix of box-office triumphs and backfires.

On the contrary, other remakes such as RGV’s ‘Aag’ (Starring Amitabh Bachchan, Mohanlal, and Ajay Devgan), J.P.Dutta’s ‘Umrao Jaan’ (Starring Aishwarya Rai Bachchan and Abhishek Bachchan), and Satish Kaushik’s ‘Karzzz’ (Starring Himesh Reshammiya and Urmila Matondkar) did not perform well at the box office and received mostly negative reviews compared to their blockbuster counterparts of the erstwhile era.

In case the report regarding ‘Tezaab’ remake turns out to be true, the success of the remake will largely depend on the director’s conviction, lead-pair casting, and on how well the film is ultimately marketed.