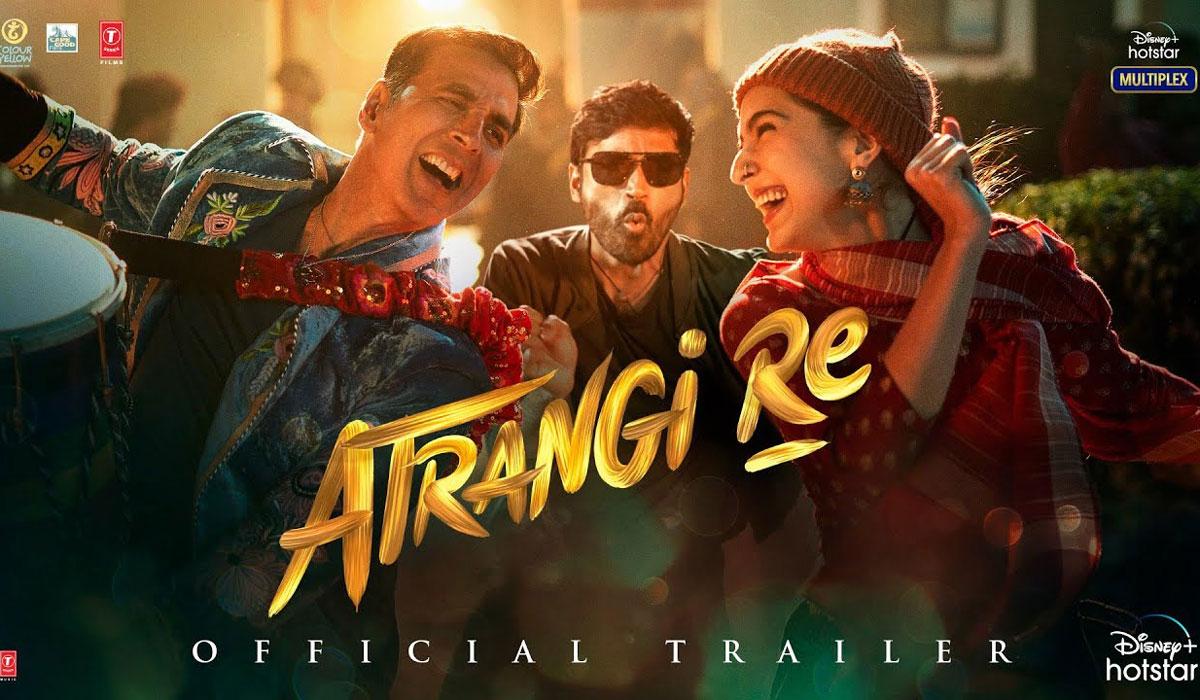 The trailer of Atrangi Re is finally out. It features Dhanush, Sara Ali Khan and Akshay Kumar in the lead role. Anand L Rai is directing the film.

This is the story of a strange custom that is practised in North India particularly UP and Bihar. In this custom a boy is kidnapped and is forced to marry the daughter of a rich and powerful family. It is a very gruesome social evil but it still exists in society nonetheless.

Similarly in this film the family of Sara Ali Khan kidnaps Dhanush to forcibly marry her. Dhanush, just like real, is a Tamil boy who pretends to not understand Hindi at first. In the film he promises to part ways with Sara Ali Khan once they reach Delhi. Because Sara Ali Khan loved someone else. But it doesn’t work out the way they wanted and they fall in love.

Now enters Akshay Kumar who tries to get his girl Sara Ali Khan. Because they were in love. The massive age difference between the two is something that might be extremely uncomfortable on the screen. But as of now this love triangle seems a little bit similar to Raanjhanaa in which the girl happens to like two boys simultaneously.

Let’s not forget the fact that Anand l Rai directed that film as well with Dhanush as the lead actor. But how this film is different will be fully clear on 24th December when the film releases.

The most beautiful thing about this trailer is the extremely melodious background songs that we hear. The legend of AR Rahman has partnered with Irshad Kamil who seems to be a magician of pen. The duo has worked together and produced some musical James like Rockstar and Ranjhana. To listen to something similar to these albums in 2021 can be a blessing.