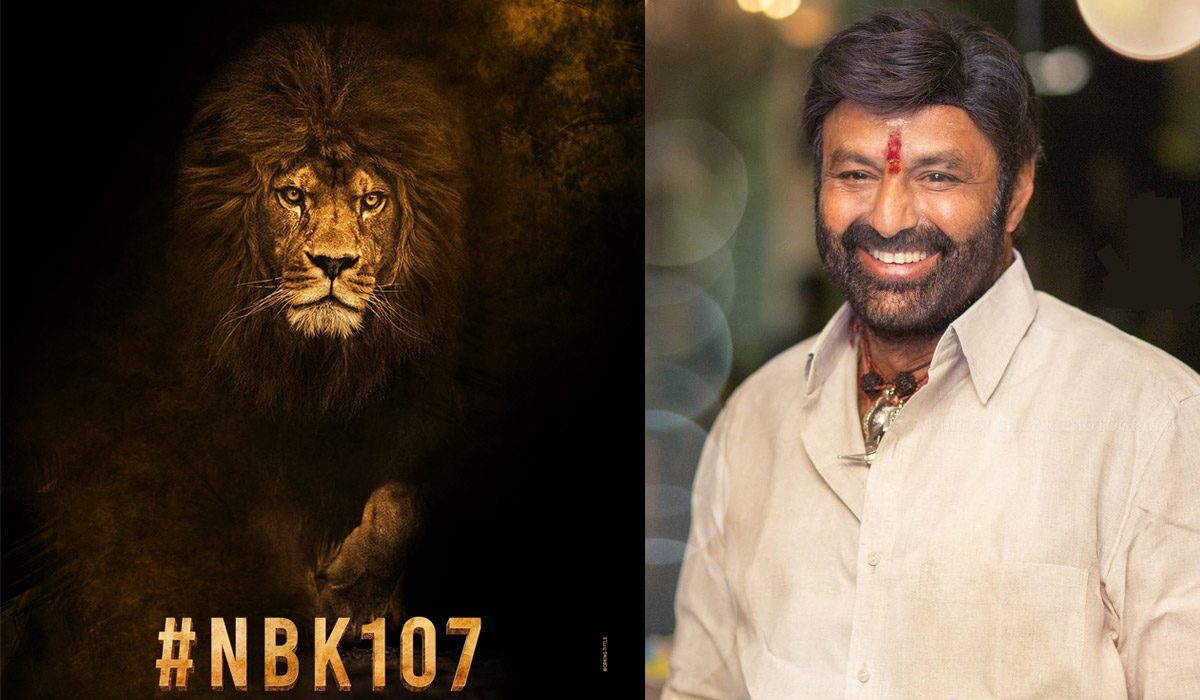 Tollywood Senior Actor Nandamuri Balakrishna is celebrating his Birthday today. On this occasion, a new project of the actor has been announced. It will be directed by Gopichand Malineni who gave the first hit of Tollywood after the COVID first wave with Ravi Teja’s Krack. The successful production house, Mythri Movie Makers is bankrolling the film.

The production house is known for taking care of everything right from making a quality product to marketing it extremely well. Thaman who is in a sublime form will be composing music for the film. The combination has excited Nandamuri fans because everything seems to be in the right place.

Balakrishna currently has Akhanda whose release has been stalled due to the pandemic. The movie will go on floors once Akhanda releases. Gopichand reportedly made a story based on real incidents for this film which the makers say a mass and commercial entertainer. The plan is to release the film for Sankranthi 2022. The rest of the cast and crew will be announced later.

Krack also released during the Sankranthi season earlier this year. Moreover, Balakrishna has a successful track record for the festive season. Moreover, it is the biggest season for film releases in Telugu.