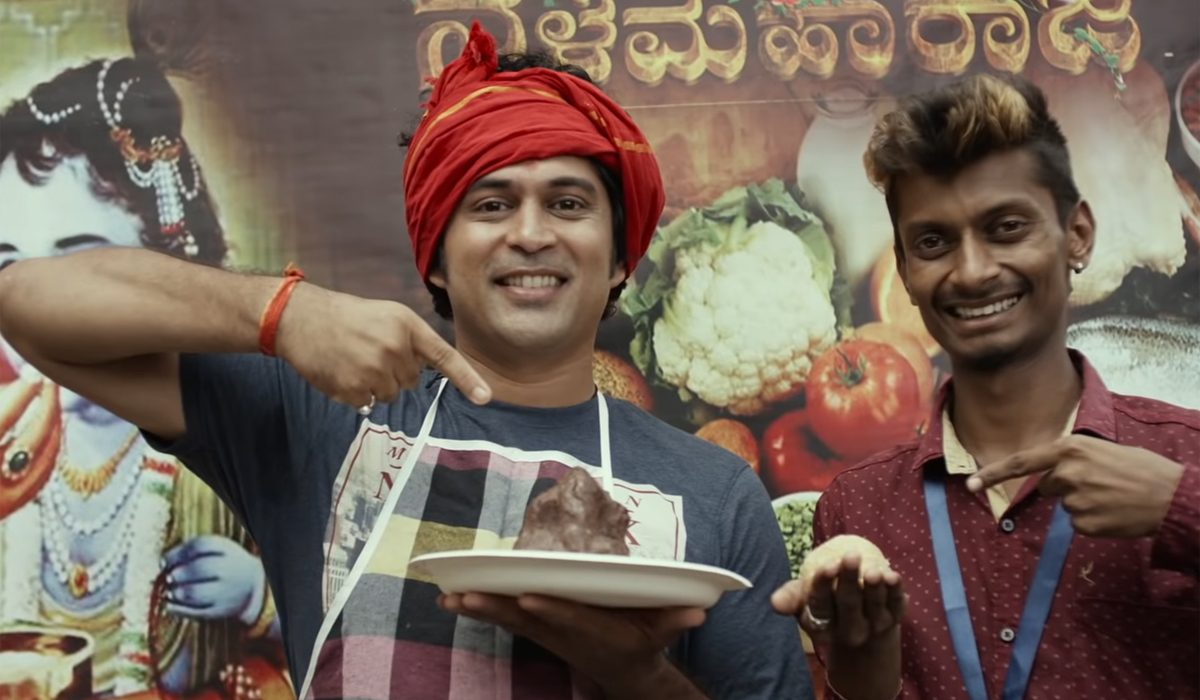 Objectively, everyone loves movies. Similarly, everyone loves food. But the collaboration of both, with food being featured in films has been quite low – among regional, Indian and International films. And, out of those films, we rarely get good shots of food and a compelling enough story to keep us interested. But this month, we are expecting ‘Bheemasena Nalamaharaja’ to take the food-centric drama genre by storm, with it’s unique story (and food of course).

The last good Indian film featuring food was the Malayalam “surprise hit” in 2012, ‘Ustad Hotel’ (According to imdb at the very least). The words “surprise hit” are quite common when films showcasing brilliant food are involved, as it has to have a good script behind the film. And again, this is common in all food films of this genre (not just Indian ones). But nearly all Indian film industries notoriously haven’t released many films around food overall.

Films like ‘Cheeni Kum’, ‘Cook Up A Storm’ and ‘Maska’ all exhibited brilliant food, but the storyline of the film left much to be desired. But there are films that have been elevated to the status of must-watch, because of both the story and it’s brilliantly displayed food. These films incluse ‘Eat Drink Man Woman’, ‘Chef’, ‘Ratatouille’, among many others. Films like ‘Bawarchi’, ‘The Lunchbox’ and ‘Ustad Hotel’ are the Indian versions of these films and with the release of ‘Bheemasena Nalamaharaja’, we are looking at another potential entry into this esteemed list.

‘Bheemasena Nalamaharaja’ is a story about a man who is trying to take care of his wife, who has lost her memories. With the help of their daughter, he decides to cook food with special ingredients to hopefully get his wife to remember how they met and fell in love. The teaser of the film had a few brilliant shots of traditional Indian food, and we hope to see more food varieties featured in the movie.