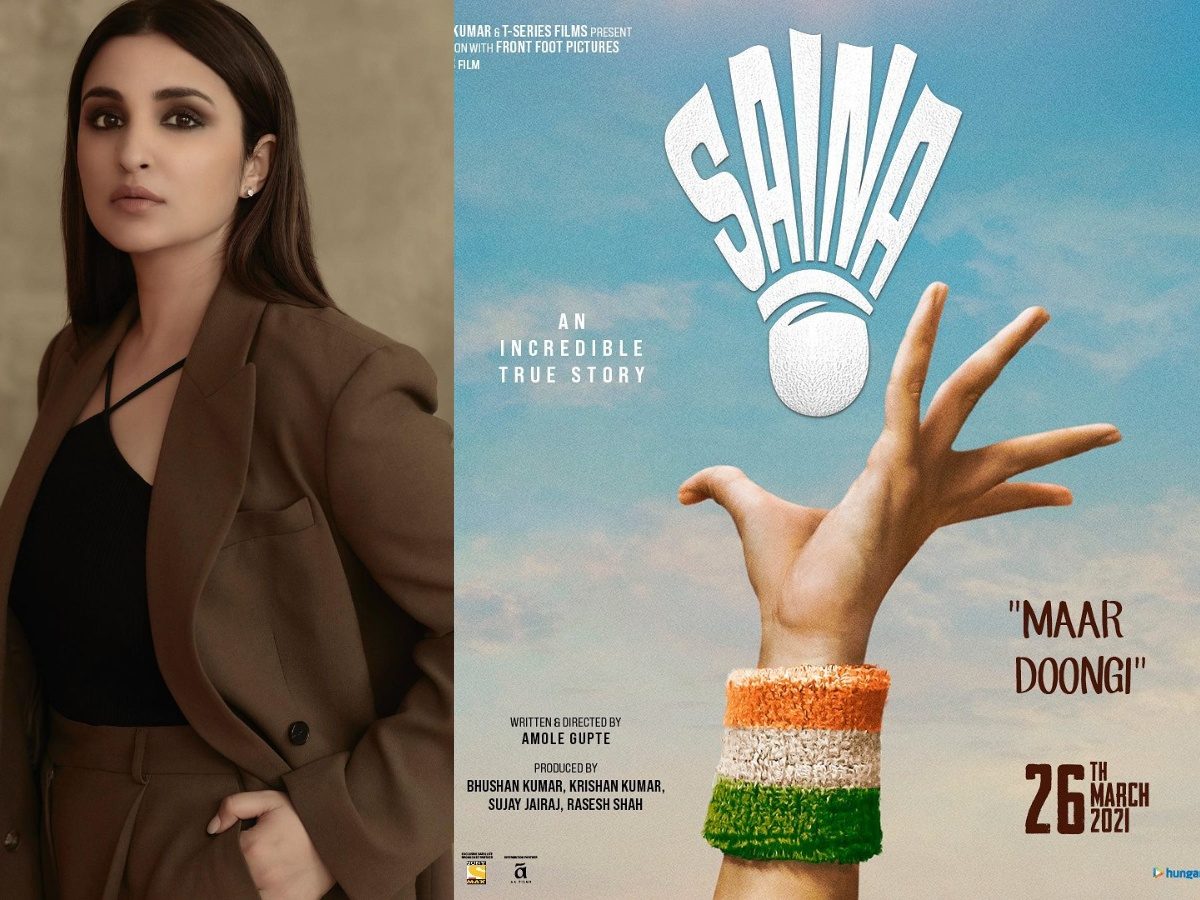 Movie theatres are springing back to life and with the continuous line up of Bollywood movies coming up; it will be one hell of a year for the theatres. It definitely looks like it will bring back the theatre business on track after a year of loss. As that happens, one more movie is making its way to the theatres. The much awaited biopic of badminton superstar Saina Nehwal titled “Saina” will be released on the 26th of March, 2021.

The movie stars Parineeti Chopra in the lead, who will be portraying Saina in the movie.. Be it the Olympics or becoming the World No. 1, Saina Nehwal has done it all and more. It is hard to match up with what this ace player has done over the years with her career. Reportedly Parineeti Chopra has trained relentlessly to be able to portray Saina and has also been in close touch with her during the training, to pick up those tips from her to make this story flawless.

Earlier Shraddha Kapoor was signed in to play the titular role and even started training for the same, but later Parineeti Chopra replaced her for the role as Shraddha was not able to give the project adequate time due to her busy schedule. Other than Chopra, Manav Kaul will be playing the role of Pullela Gopichand, while Paresh Rawal plays the role of Harvir Singh Nehwal, Saina’s father who has had an exceptional role in making Saina what she is today.

As becoming the World No. 1 and also winning in the Olympics is one of the biggest highlights of any sports star’s life, “Saina” for sure will chronicle the story of the ace shuttler around one of these two competitions or maybe both. The movie along with it will follow the hardships, practices and losses Saina Nehwal went through and Saina herself has made sure that those are well highlighted so that it can inspire whoever watches the movie.