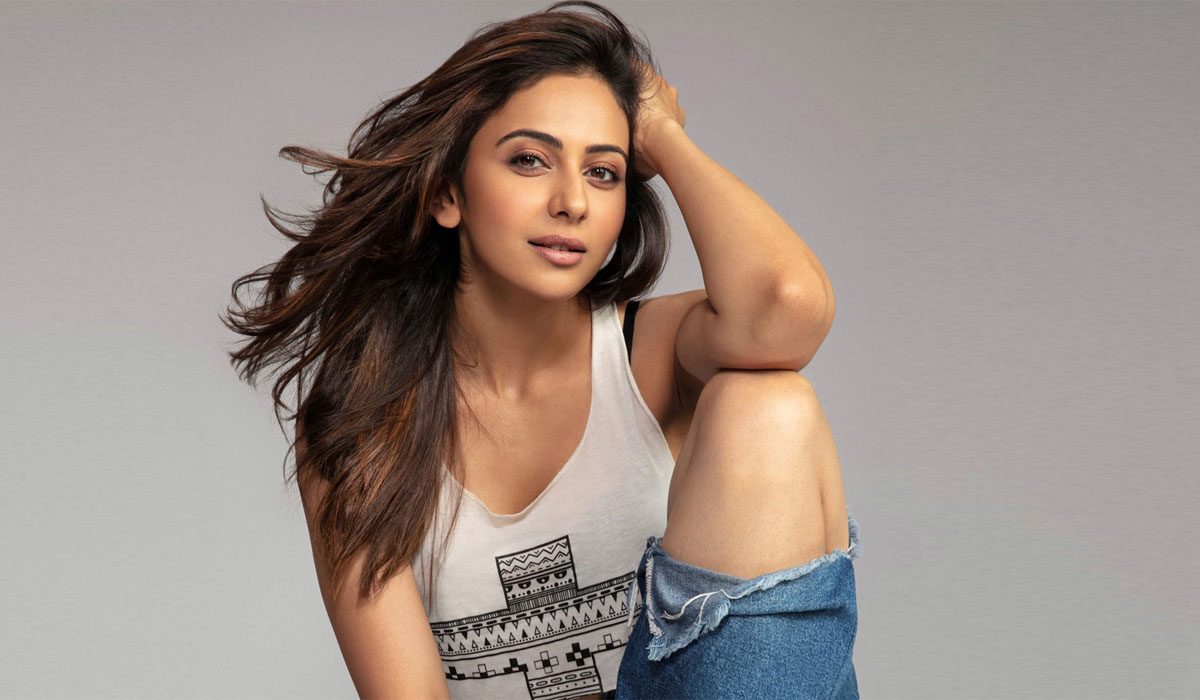 Rakul Preet Singh, is a star that is quickly rising up higher in the industry and we all here for it. She has been in news for several of her upcoming movies like Arjun Kapoor starrer “Sardar Ka Grandson” and her very recent role in Ayushmann Khurrana’s upcoming medical drama “Doctor G”, where she is the lead actor along with Khurrana.

Recently, she was also in news for another brand new movie and the concept behind it was making headlines. Finally, the details about the movie are in. Though, it isn’t much but it still is a lot more than what we had before. Rakul Preet signed a contract for a film with RSVP Movies and the story on which the movie is based on indeed is a very unique one.

Rakul Preet Singh is set to play the role of executive, who happens to be a condom tester. She will be leading the movie and it is touted to be a female lead centric movie. The movie and the concept made headlines as soon as it was revealed. Earlier, the movie didn’t have a name but now makers have revealed that they have indeed locked a name for it.

The upcoming movie is titled “Chhatriwali” as of now. There might be changes in the name though in the later stages, but for the now this is what the name is set to be.

The makers have revealed that the name comes from the word “chhatri”, which is a word locally used for condoms. The movie is touted to be a social comedy that will tackle lot of myths and taboos related to buying and talking about condoms in India.

The movie is directed by Tejas Vijay Deoskar. The Marathi director, who has directed movies like Bucket List, mentions that he was very happy to see how Rakul was immediately onboard the movie and was ready to go for it. The movie will be produced by Ronnie Screvwala and his RSVP Movies. There’s also buzz that the movie might completely skip theatres and head for the OTT digital release, just like their movie Dhamaka.

Before Rakul Preet Singh, the movie was offered to Sara Ali Khan and Ananya Panday. While Sara refused it directly after the narration, Ananya’s team thought that the movie might be too bold for her.

The movie for sure will be bold but the comedy timings and the social messages that it wants to deliver will indeed be something very crucial in making this movie shine.