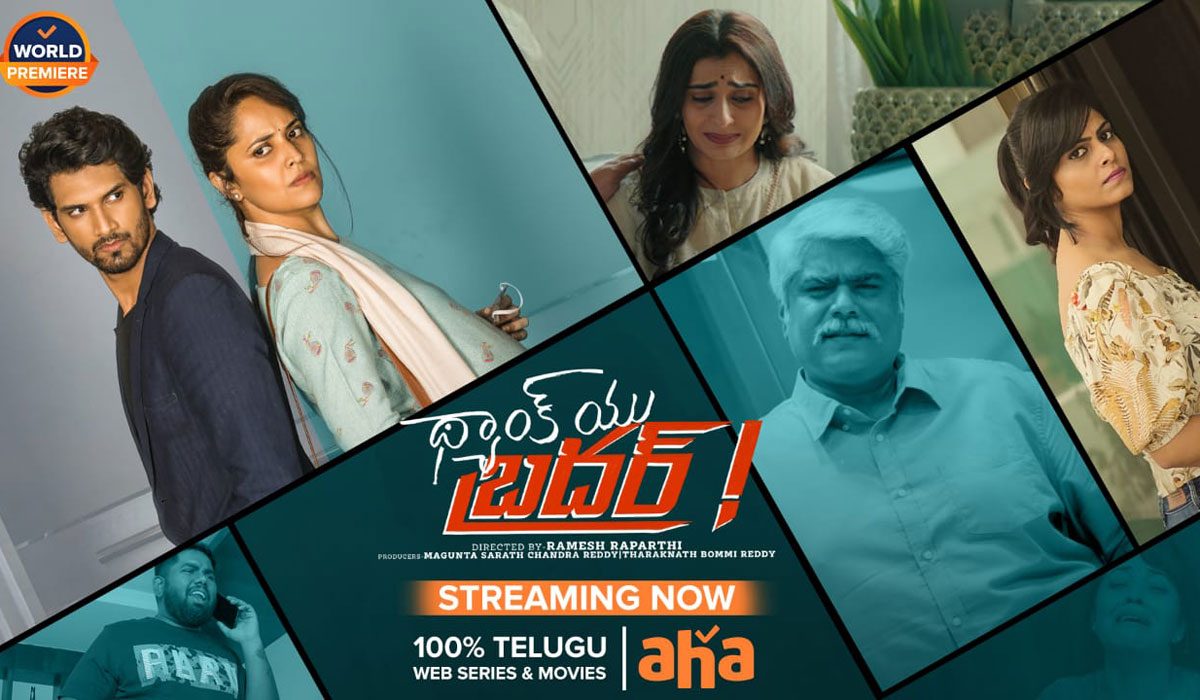 Telugu film industry which was bustling with activity until a couple of months came to a screeching halt due to COVID Second Wave. The theaters were closed and the films are lying in cans. Reports are that a few noted releases which already closed their post-theatrical deals are mulling direct OTT release.

Buzz is that there maybe one or two mid-budget films as well in this bunch. However, we are told that the mid-budget films are feeling that the OTT platforms are trying to take advantage of the situation and are making offers that are not up to ‘their’ expectations considering the disaster results of V and Nishabdham.

On the other side, the COVID cases in the country are continuing to increase and there is no clarity about when things will be back to normal. The interests in the films are increasing every month and at the same time, the OTT release deals do not look. At the moment, the filmmakers are stuck between the devil and the deep sea.

Meanwhile, a small film, Anasuya’s Thank You Brother is the only Telugu film in the COVID Second Wave which has skipped its theatrical release and ended up in the OTT space (Aha Video).