Home News Dennis Quaid Is A Washed Up Fisherman In Netflix’s ‘Blue Miracle’. 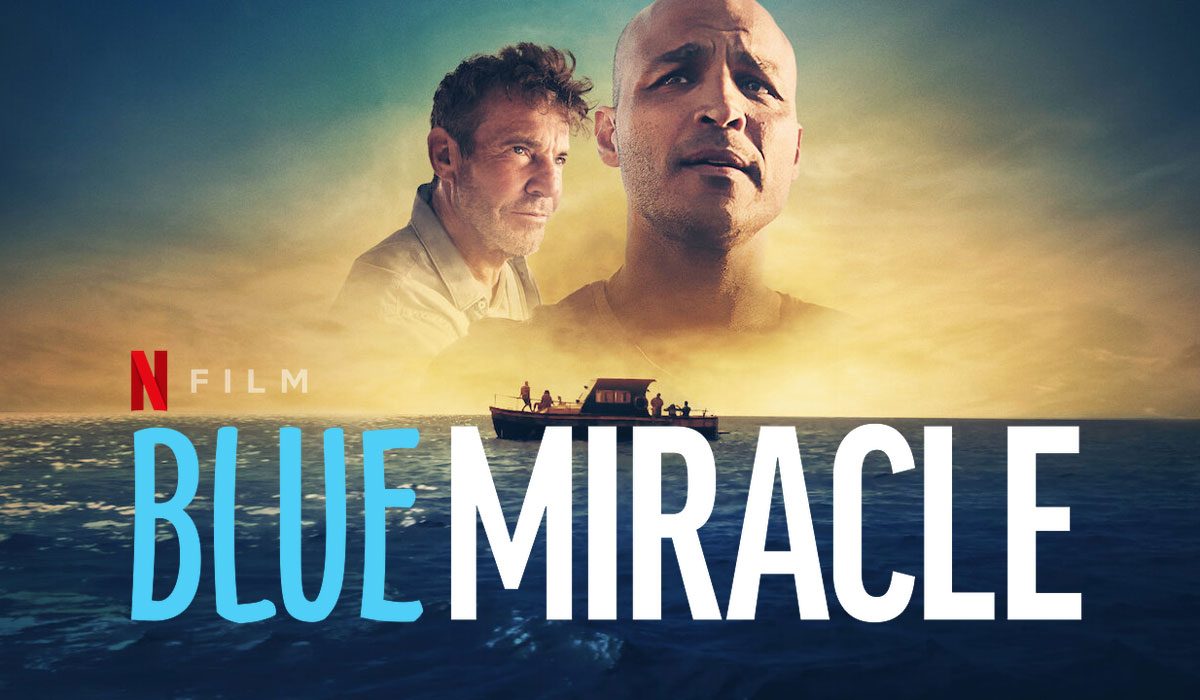 Netflix dropped the trailer for their upcoming comedy drama feature, ‘Blue Miracle‘ on their official social media accounts. Based on a true story, the film talks about Casa Hagar, a Mexican boys home that enter a fishing competition to win money to save their orphanage. Dennis Quaid plays a “mentor” role, which is typically different from his usual “mentor style/ authority figure” roles; these characters which he has been playing for at least a decade. Check out the trailer at the end of this article.

The film starts off with a man, Omar picking up two young boys and taking them to Casa Hagar, the aforementioned boys home in Mexico. Oscar or “Papa Oscar” as he called among the boys, is the man who runs and takes care of the orphanage with a couple of other adults. Half a minute in (the trailer), we find out that there is a storm coming towards their part of town, and since they live near the coast, there is a chance that the orphanage could flood. With the help of the boys, Omar is able to place sandbags at the entrances of the orphanage – which will help them against the low floods that were bound to happen during these type of floods.

The storm comes and goes. The boys and the adults within, emerge from the home unscathed but they take a quite hit with their food inventory. They only have one week’s worth of food left in their cellar. To take the boys’ minds off from their current situation, Omar takes the boys to the local harbour. There, they find out about a huge fishing competition taking place called “Bisbee’s Black And Blue Fishing Tournament”.

Enter Captain Wade Malloy (portrayed by Dennis Quaid), who is the only two-time champion of this competition. He has returned for the third title this year, but due to new regulations, he is not allowed to join the competition. As a way to take part in the competition, he joins Casa Hagar’s team (since they are local and hence eligible) and tells Oscar that he can bring three boys from the orphanage to help on the boat. Wade is resentful at first, for the situation he is in – for having to deal with the orphaned boys, but as time passes he bonds with them through fishing and passes on his knowledge on the subject.