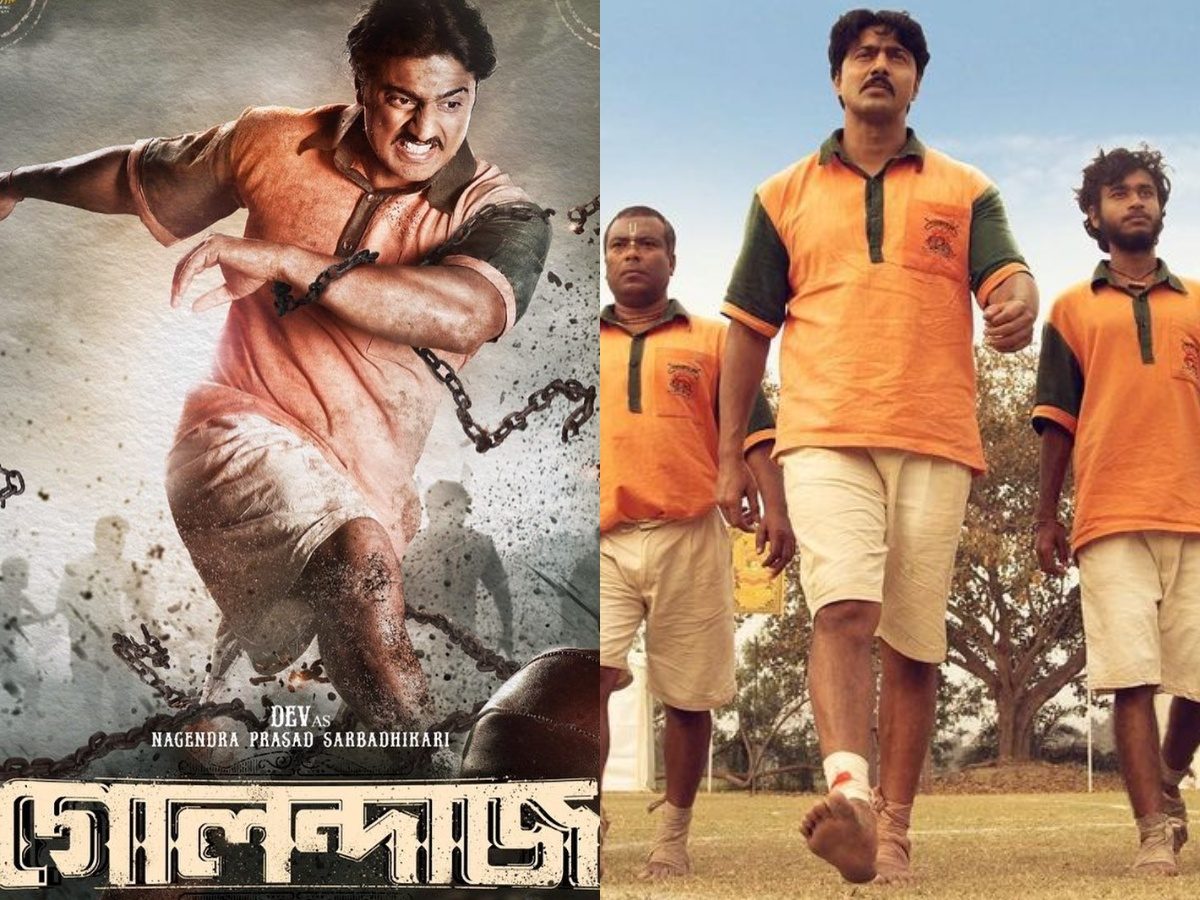 Bengali cinema’s most bankable actor Dev took to his social media to share the first look of this football-centric film. Golondaaj will feature the actor as the Father of Indian Football – Nagendra Prasad Sarbadhikari, who was the first to take the initiative to play football in Hare School compound, Kolkata with his classmates, resulting in the foundation of ‘The Boys’ Club’, the first ever Indian football organization.

Given the enthusiasm and passion Bengali people have for football, it’s evident that any content associated with football will be extremely hyped up and no doubt, Dev has already scored a ”Goal” with this one.

The shooting for Golondaaj has already begun in Kolkata from 5 February 2020. Though, due to COVID-19 Pandemic, they had to discontinue the shooting for a while, Dev has already started warming up for the preparation of the role.

The film will reportedly be directed by Dhrubo Banerjee and produced by Shrikant Mohta and Mahendra Soni. Other than Dev, Golondaaz has an ensemble cast of Alexx O’Neill from Hotstar Special ‘Aarya’ fame as Major Frederick Jackson, Anirban Bhattacharya, Ishaa Saha, Indrasish Roy, Srikanta Acharya and John Bhattacharya. It has scheduled its release for the Independence Day weekend this year.

Golondaaj will be released only in theatres to celebrate the advent of Indian football in the world arena and it surely promises to be a treat for football enthusiasts not only in Bengal, but all over India.

Check out the first look of Golondaaj, shared by Dev on his Twitter :

Honoured to have played The Father of Indian Football – Sri Nagendra Prasad Sarbadhikari on celluloid.
My first ever Biopic.
Hope this one rattles your emotions, the way he had rattled the British’s.🙏🏻 pic.twitter.com/TJfx6iHUCX