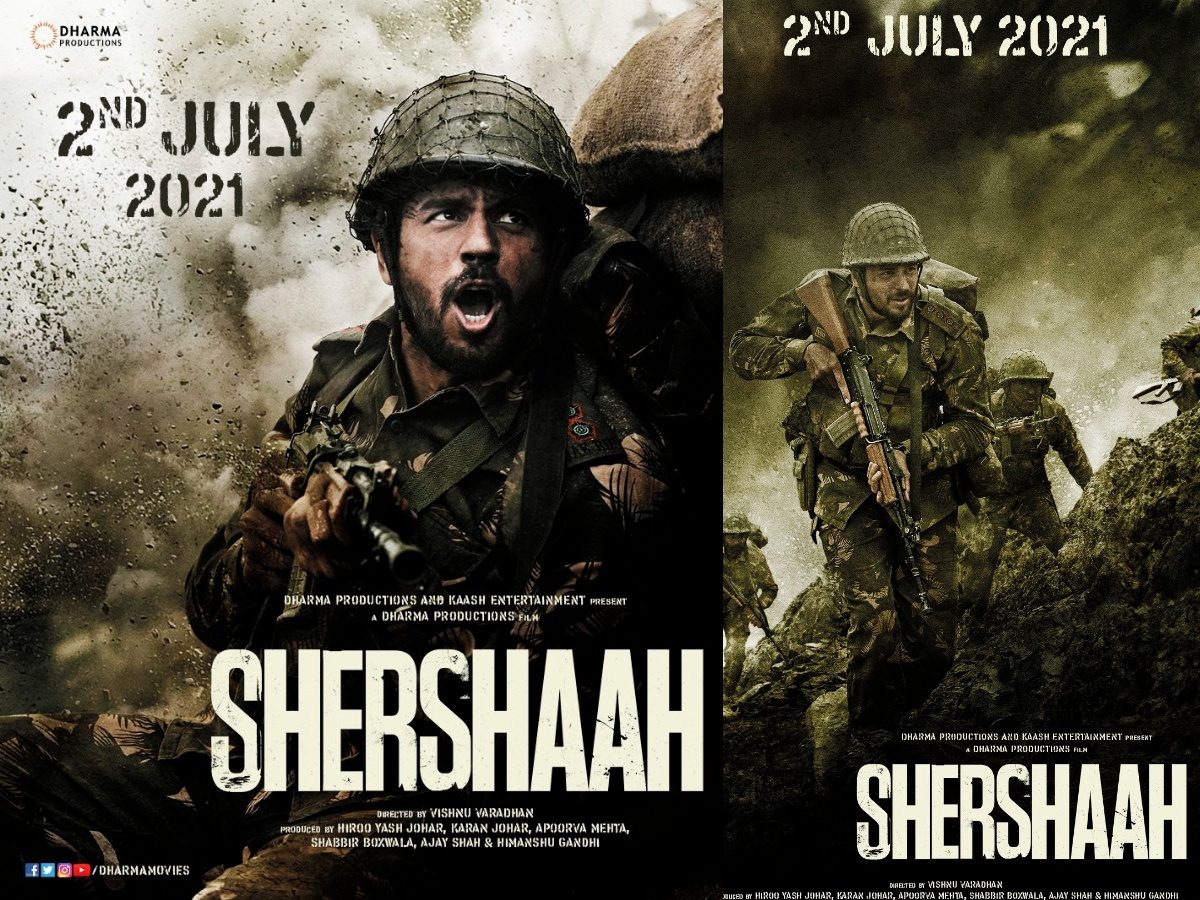 With Bollywood finally revealing the release dates of the movies scheduled to release since last year, it is time for “Shershaah”. Karan Johar revealed the movie poster, announcing that the movie will be releasing on the 2nd of July, 2021. The movie will be coming to the theatres and will be starring Siddharth Malhotra and Kiara Advani in the lead roles.

The movie will be telling the story of the war hero, Param Vir Chakra awardee Captain Vikram Batra. While Siddharth Malhotra plays the role of Captain Vikram Batra, he will also be essaying the role of his twin brother Vishal Batra which means he will be seen in a double role for the movie. Kiara Advani will play the role of Vikram Batra’s fiancé Dimple Cheema. The war action thriller will celebrate and tell the untold story of the braveheart Vikram Bhatra, who is remembered for his contribution, valour and actions during the 1999 Kargil War.

The movie also stars Javed Jaffrey, Shiv Pandit, Himmanshoo A. Malhotra in pivotal roles, the movie is directed by Tamil director Vishnuvardan. The movie will also mark his directorial debut in the Hindi Film industry. Vikram Batra’s character was earlier seen in 2003’s hit Hindi movie LOC Kargil that depicted the entire Kargil War on the screen. Abhishek Bachchan played the role of Vikram Batra in that particular movie.