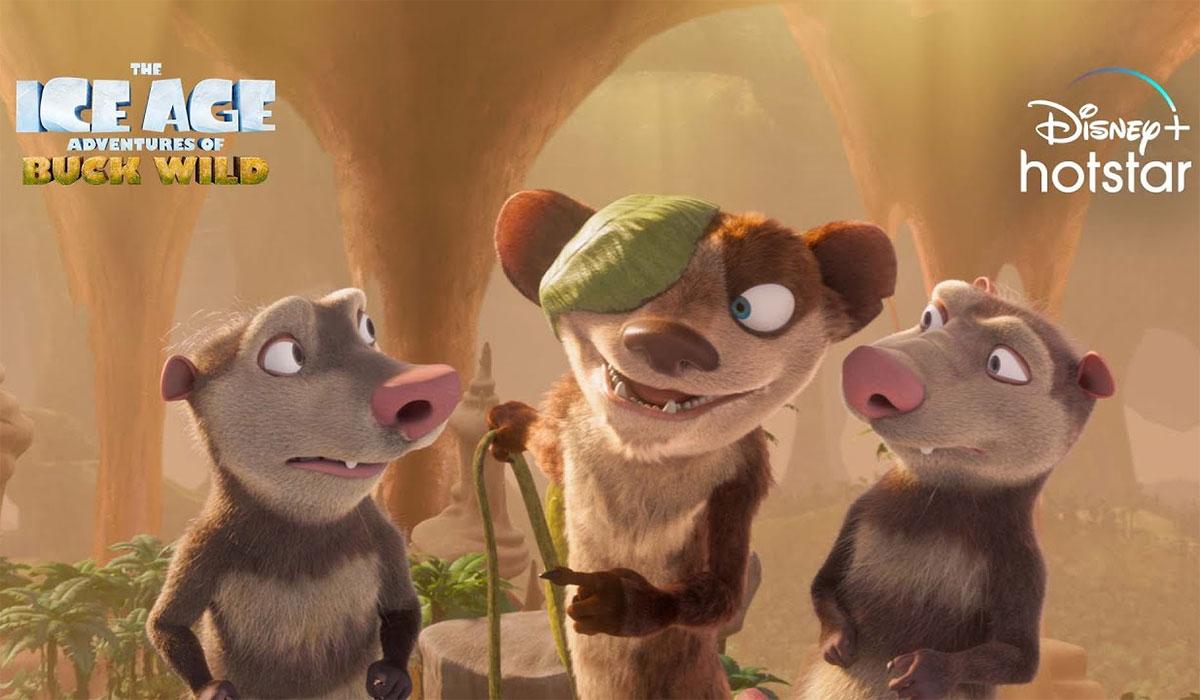 The Ice Age returns! However, we will witness the new instalment of Blue Sky’s most notable franchise on Disney+ this time. It’s named The Ice Age Adventures of Buck Wild. We don’t know how fruitful the collaboration between Disney and Blue Sky will become. But as far as we know, the animated franchise has run its course. Still, the makers are giving it another try in the form of another Buck adventure. A new trailer for the upcoming movie is now available on YouTube.

The second official trailer for Ice Age 6 possesses all the same charm, warmth, and laughs of all its previous instalments. But don’t expect to get anything new here. It looks more like a sequel to Dawn of the Dinosaurs (2009). But the main Ice Age family of Manny, Sid, Diego, and Ellie have less screentime as compared to the remaining members this time. And by remaining members, we mean the naughty duo of opossums, Crash and Eddie. Both of them find themselves in the hidden underground world of dinosaurs again. And once again, Buck saves and teaches them new methods of living in that world.

No doubt that the sixth instalment in the exhausted Ice Age series appears like a recycled version of its previous entries. Still, people love the franchise. Maybe this is the reason why Blue Sky has dared to gamble on Ice Age for one more time.

The Ice Age Adventures of Buck Wild will premiere on January 28 via the Disney+ streaming platform. It has Simon Pegg, Seann William Scott, and Josh Pack in the leading roles. On the other hand, we will see Ray Romano, John Leguizamo, Denis Leary, and Queen Latifah in the supporting cast this time.