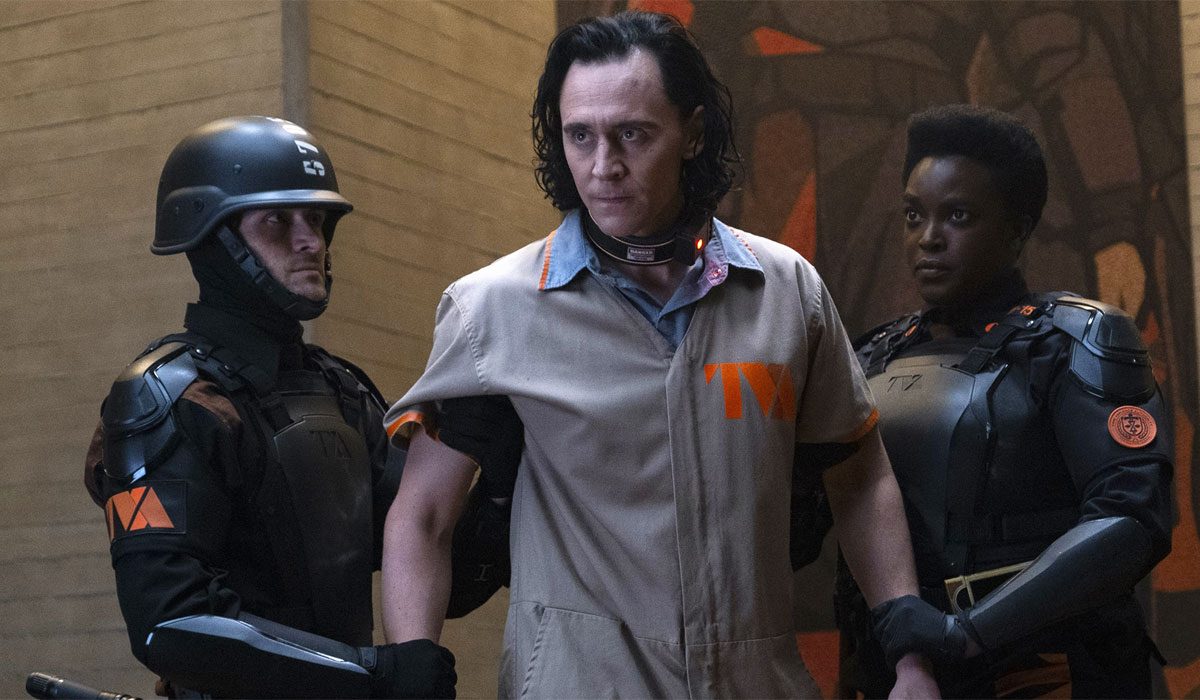 The highly anticipated Tom Hiddleston starring Marvel web series ‘Loki’ released earlier today and it was everything we have been hoping for.
Interdimensional Travel – Check.
Crazy Visuals and Music – Check, Check.
Loki being a meme – Triple Check.
There is more to this series (well, one episode really) than that, of course – but this is what an MCU TV series should look like. ‘Loki’ managed to beat the IMDb ratings of both ‘WandaVision’ (8.1) and ‘The Falcon and The Winter Soldier’ (7.5) – with a single episode. With a rating of 9.3. We expect this number to go down of course, but we still expect the final number to still beat these Marvel web series.

‘Loki’ was the first MCU series that was exciting from the get go (Sorry, it is harsh, but true). Both ‘WandaVision’ and ‘The Falcon and The Winter Soldier’ were brilliant in their own ways, but both shows couldn’t do what ‘Loki’ managed to do in one episode – maintain the exciting tempo throughout, keeping us very interested. The other two shows eventually picked up and had some decent topics to “talk about and cover”, but ‘Loki’ had us wanting more of… well, Loki. Oh, and Owen Wilson’s Mobius too. Take notes ‘WandaVision’ and ‘The Falcon and The Winter Soldier’ creators.

But that’s not all either – Remember, we are dealing with a Loki who hasn’t lost a mother or a father yet, he is still an egoistic “God” who just failed to take over Earth. The first episode managed to get him from there to where he was at the beginning of ‘Avengers: Infinity War’ mentally (somewhat) and quite believably too. Loki’s face when he realizes that everything he knew was literally a lie – is both heart-breaking and funny, something only Hiddleston can pull off. The introduction of the TVA in the MCU is quite brilliant as well as humbling.

Marvel fans have been asking more of Loki for years, and now we get an entire show about him and the first episode, “Glorious Purpose” is excellent. The plot has been set well in the first episode of the series – with a brilliant twist as another version of Loki will likely be the antagonist on this show. And Twitter thinks so as well. Actually Twitter is doing what Twitter does best – being hilarious and making epic memes. Check some of them out at the end of the article.

Everything considered, these six episodes are going to fly by fast. ‘WandaVision’ took three to four episodes to get us fully invested, while ‘The Falcon and The Winter Soldier’ took two (or three, depending on your perspective) episodes for the same. Again, ‘Loki’ managed to do so in a few minutes and that is what we think will cause this series to go through its episodes quickly. We can’t wait for next Wednesday, when episode 2 drops.

#Loki spoilers
–
–
–
look its the “we need therapy but got a show” squad! pic.twitter.com/JGkki3Wohs

The scene: The cameraman: pic.twitter.com/n4s5eSOMok

REALLY I NED THERAPY, THIS HURTED A LOT
pic.twitter.com/3ETHETg5P1

i’m not okay… he just finds out that his family actually cares about him 🙁 pic.twitter.com/DbyXS7mO1m

me when i saw what the tva does with the infinity stones #Loki #LokiWednesdays pic.twitter.com/RAdgRlW7hi