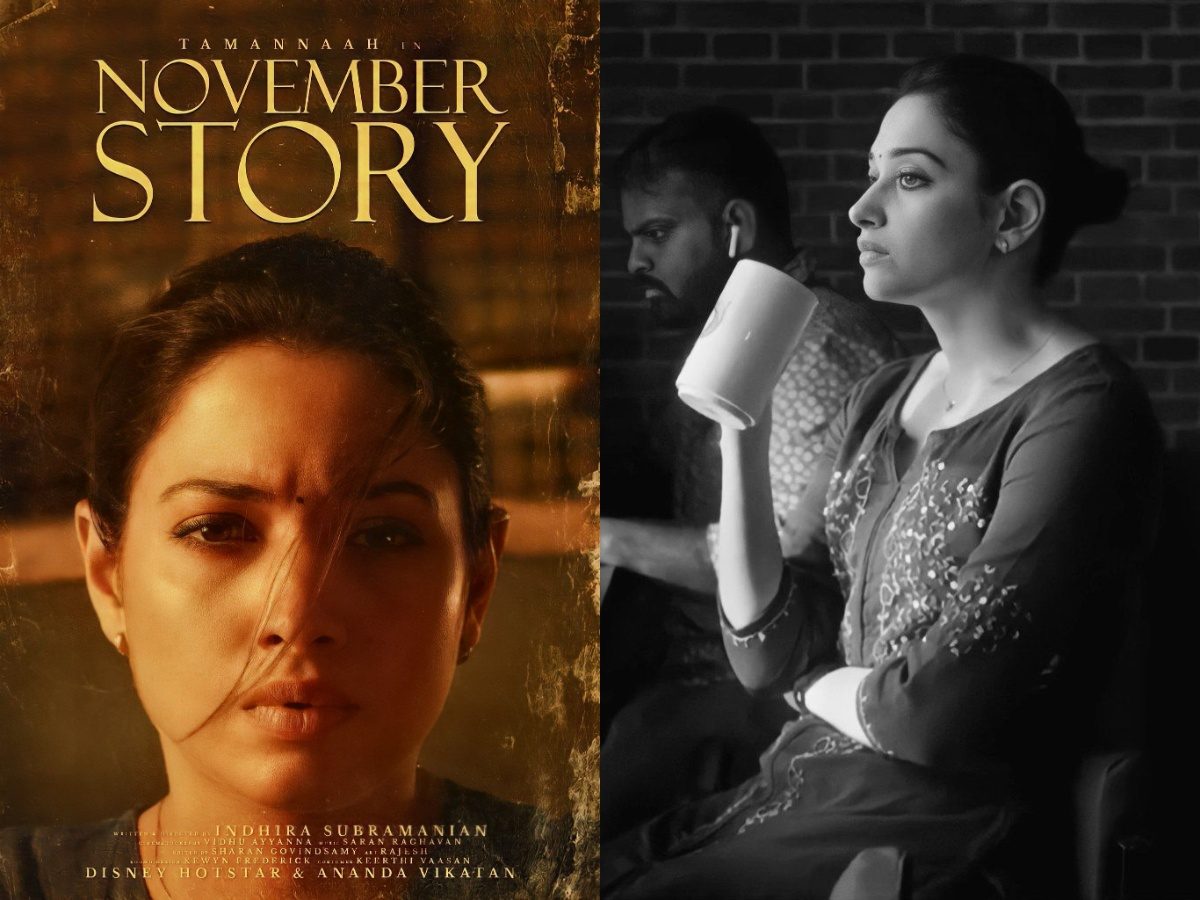 Disney+ Hotstar has recently released a list of Kannada special for its platform that has made the audiences go wild in anticipation for its release. November story is one such unique thriller that has captured the imagination of the viewers.

November Story promises to be a unique thriller with its gory depiction of a murderer, and the underlying melancholic background music is set to give you some severe chills down your spine. Tamannaah Bhatia and G.M Kumar are the main leads of the film.

November Story revolves around the life of Anuradha, her father Ganesan and a series of murders that have taken place which has left everybody, including the police in shock and awe concerning its brutal nature. Are they related and if they are how so?

Tamannah Bhatia announces her digital debut with November Story and received a lot of critical acclaim for her role when Disney+ Hotstar recently released its trailer. Disney+ Hotstar has done its best to concede very little to no details at all regarding their stellar lineup of Kannada specials. This, combined with some well-edited and sharp teasers, has built up a great deal of hype among the fans.

What stands out in the official teaser of November Story is the grim vibes which are given out via the music which gives you a sense of impending doom and the frames with Tamannah in it as she looks to take on a really dark and shady role.(She looks like the grim reaper whose eyes pierce through your soul)

By the looks of the trailer, it seems that we have got an epic crime thriller on our hands in the form of November Story.