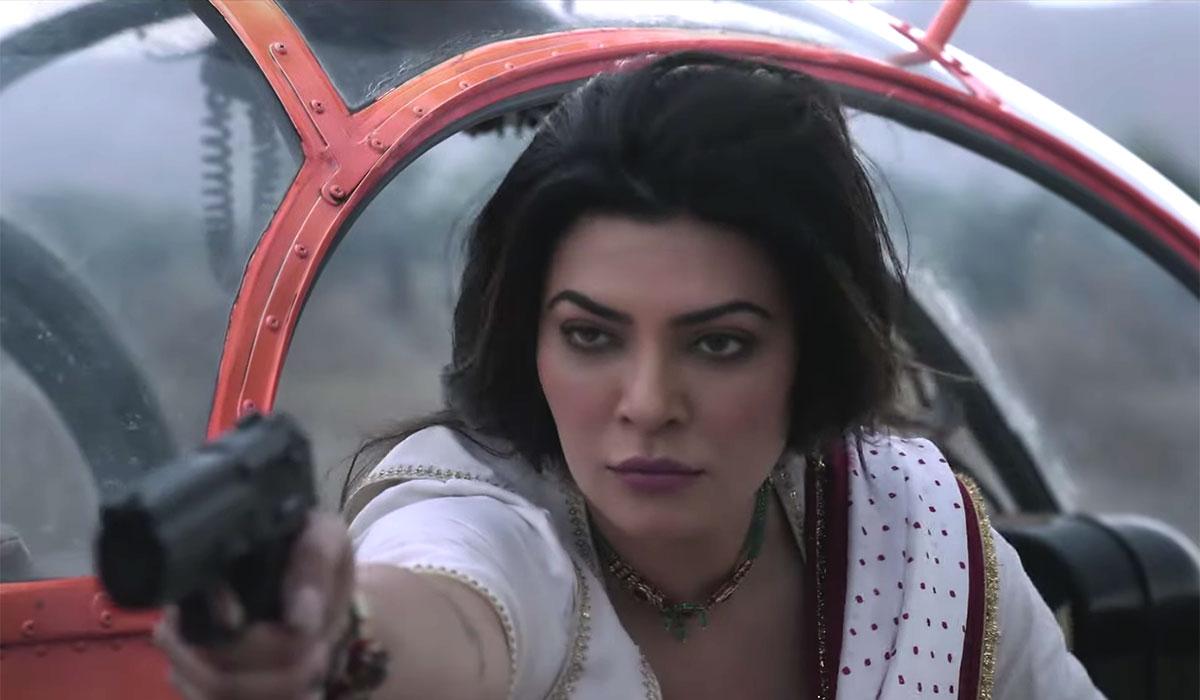 The show was eventually nominated for the prestigious International Emmy Awards for the Best Drama Series category (although it didn’t win). And Sushmita Sen had also deservedly won the Filmfare OTT award for Best Actress for ‘Aarya’.

Considering the show’s widespread admiration, the curiosity quotient around the much anticipated second season of ‘Aarya’ is naturally quite high. Earlier this month, Sushmita Sen had shared an intriguing first look teaser for Aarya’s second season. And finally, after a long wait, the trailer for Aarya’s second season has been unveiled.
Aarya Season 2 trailer starts off with a short emotional recap from the show’s first season and goes on to narrate how the past deeds of Sushmita Sen’s titular character as a ‘working mother’ have come back to haunt her and are now after her life.

Most of the characters from the first season reprise their roles (Sikander Kher, Vikas Kumar, etc) while there are some interesting additions as well (For Eg. Akash Khurana). The underrated actress is certainly back in the same form she was in the first season, which was arguably her career-best performance.

Aarya is based on a Dutch series called ‘Penoza’ that came out in the year 2010 and spanned five seasons.

The first season of Aarya revolves around the titular protagonist (Sushmita Sen), and how she is forced to manage her husband’s (Chandrachur Singh in a wonderful cameo) illegal drug business after he is murdered by a mysterious killer (no names here).

How the naïve housewife turns into a fierce woman in order to protect her family forms the rest of the show’s plot.

Aarya Season 1 is currently streaming on Disney Plus Hotstar. Aarya Season 2 is coming to Disney+ Hotstar on 10th December. And we do agree with Sushmita Sen that the Sherni is indeed back with a hopefully bigger and better second season of Aarya helmed by gifted filmmaker Ram Madhvani.