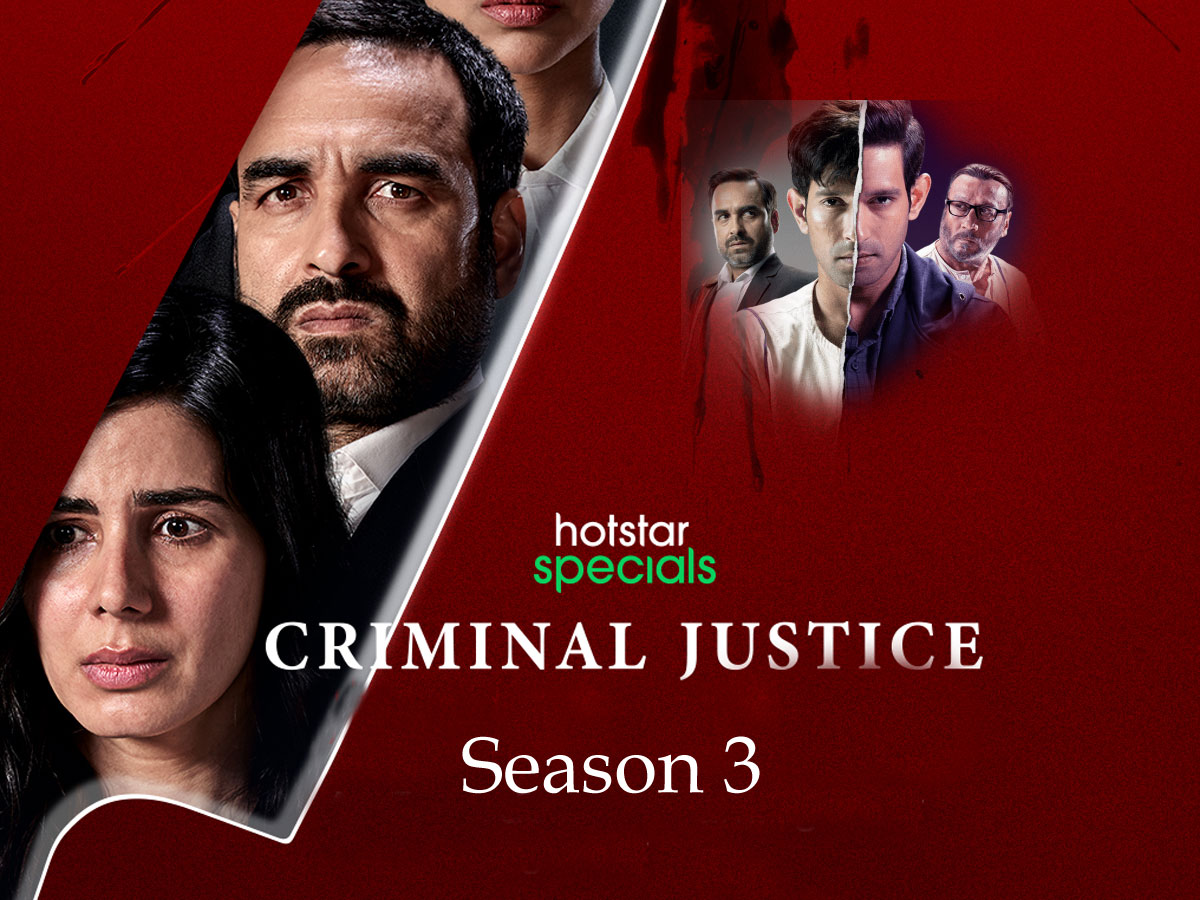 BBC Studios, the co-creators of Disney Plus Hotstar‘s blockbuster hit show ‘Criminal Justice’ have announced what fans of the courtroom drama show have been waiting for since forever. The content creator has just declared that Criminal Justice Season 3 is in development, and production on the new season of the show will begin soon.

BBC Studios made the announcement at MIPCOM 2021, as part of BBC Studios’ slate highlighted on BBC Studios Connect, the virtual destination for the business to showcase premium content on offer to international buyers. ‘Criminal Justice’ is co-produced by BBC Studios India and The Aditya Birla Group’s Applause Entertainment.

Stellar actor Pankaj Tripathi has been associated with ‘Criminal Justice’ since the first season of the hit show. He portrays advocate Madhav Mishra on the show, who takes the kind of cases no other lawyer would touch with a barge-pole. Pankaj Tripathi will reprise his role in Criminal Justice Season 3. There’s no word on the rest of the cast and crew for the new season.

Criminal Justice Season 3 will focus on the Indian juvenile judicial and jail system. The theme for Criminal Justice Season 3 is outlined by Sameer Nair, CEO of Applause Entertainment, “In Season 3, we tackle a subject that has not been explored before. We take a look at the legal process for juveniles in India within a storyline that explores the stresses of modern urban relationships. We feel that this series will continue to push the viewers to question who is innocent and guilty, and, more importantly, how that punishment gets metered out.”

Criminal Justice is the Indian adaptation of the successful BBC Studios drama format of the same title, written by Peter Moffat.
Follow us on Google News