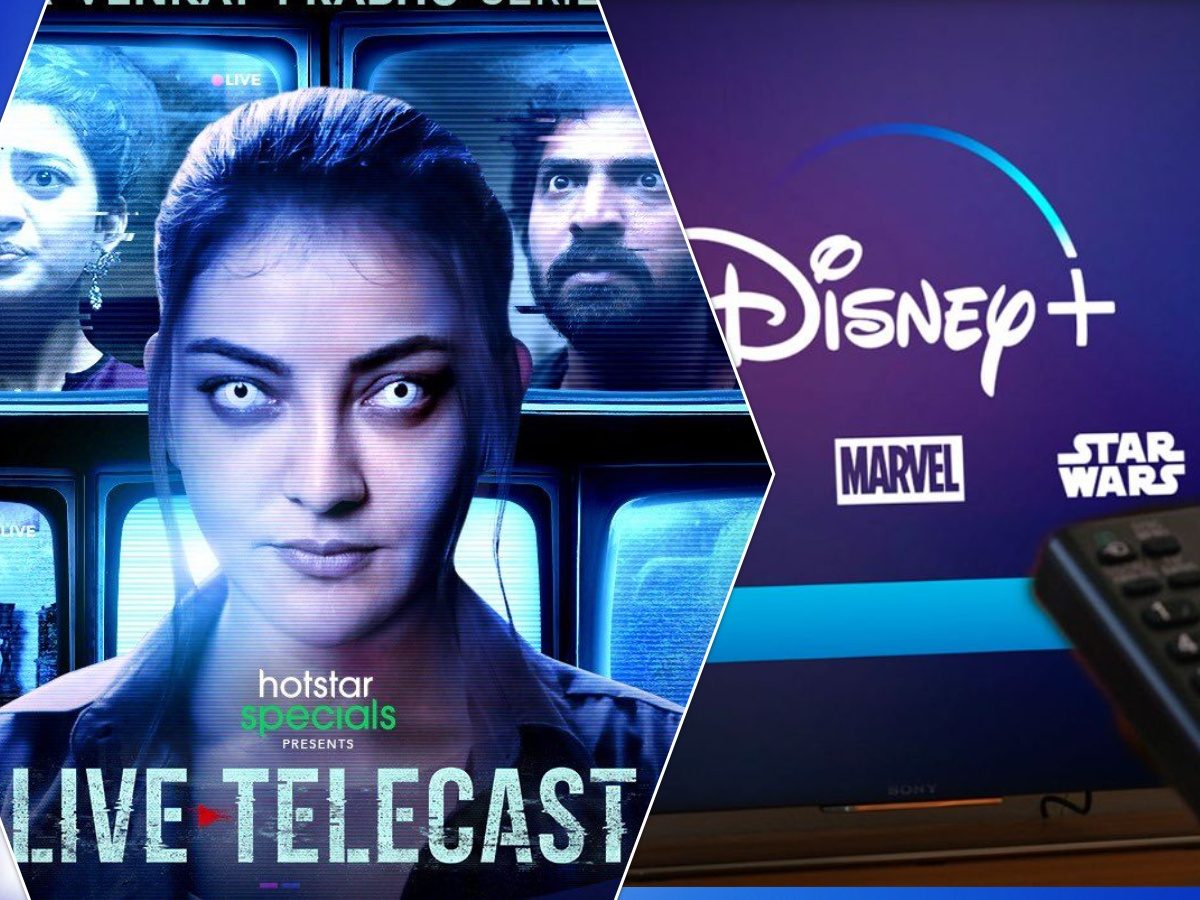 Live telecast is another one of the titles that Disney+ Hotstar has released under its stellar list of Kannada projects that will be coming out soon. Live telecast stars, Kajal Aggarwal, in the main lead as she manages a crew of people who are out to film the paranormal activities that take place inside a house.

Things get more intense as unprecedented events take place when they realize that they just might have put their lives on the line here.
Just like most of the other titles, there isn’t a lot of information about Live Telecast yet, and Hotstar has just released a 44-second teaser. Still, fans are excited to see Kajal Agarwal helm such a significant project and that too on such a big scale.

The teaser doesn’t offer us much in terms of understanding the story better, but it sure has created a massive amount of buzz, and some of the posters which depict Kajal Agarwal in a scary attire have wooed audiences all over the world.

Live Telecast is directed by Venkat Prabhu and also marks the debut of Kajal Agarwal in the digital space. The director who is known for his comedy flicks admitted that his first web series would be an out and out Horror.

He also mentioned that he wants to show Kajal Agarwal in a completely new avatar from what the audiences are used too. This series will also be a great way to explore the versatility and range of the actress as the digital platform has allowed many of the female leads to play a more prominent and nuanced role rather than just being second fiddle to the main hero.