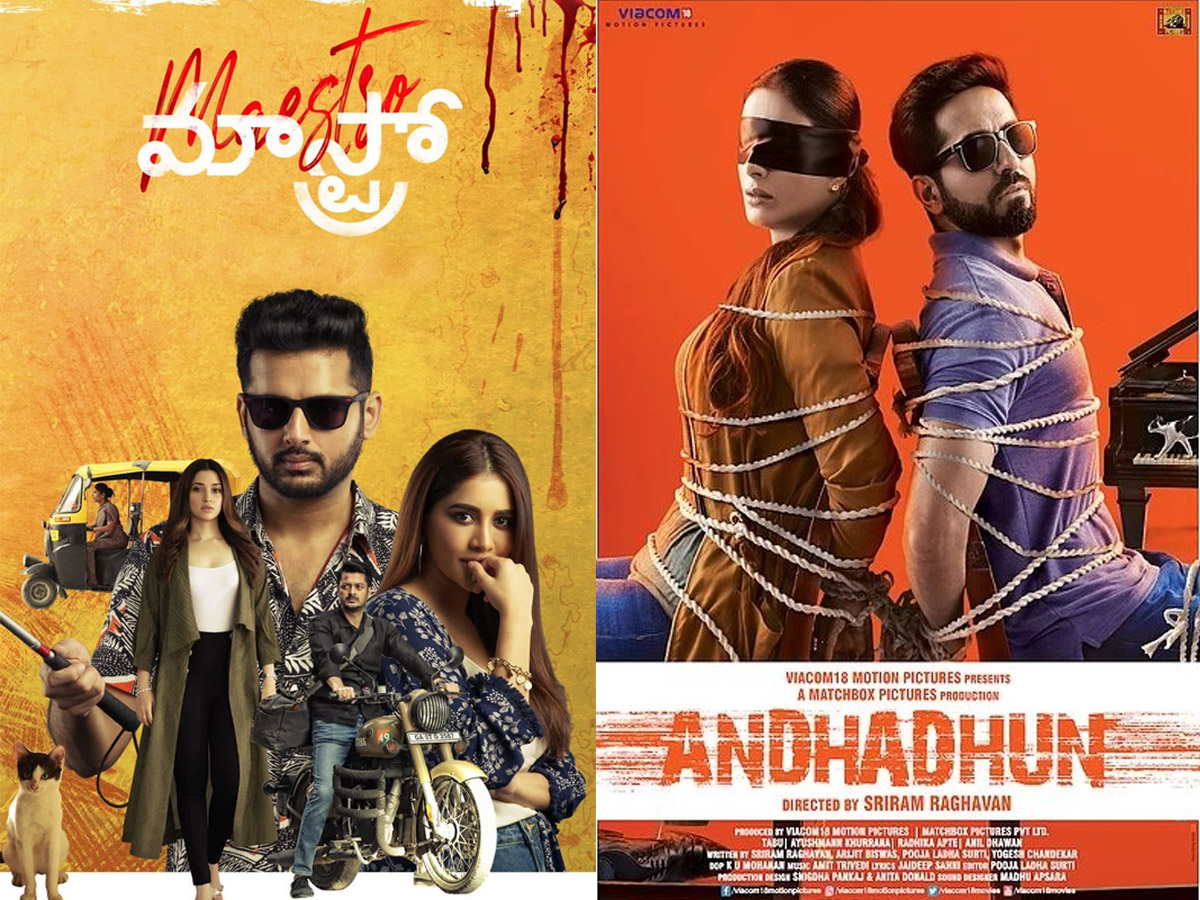 Andhadhun is a brilliant black comedy Hindi film that was released around the globe in 2018. The Bollywood thriller movie came out of nowhere and wowed critics and now the feature film is being remade in three other languages (in Telugu, Tamil and Malayalam). All three have finished shooting (as far as we know), with Maestro, the Telugu remake, expected to drop on Disney+ Hotstar this weekend. With the film expected to be a shot-for-shot remake, it will be interesting to see how the movie will fare when the audience members know the plot. And it will be a good opportunity for the filmmakers of the Tamil and Malayalam remakes to check out how their films might be received.

Andhadhun is a really good film, but it is a movie which depends on its unexpected thrills and unpredictable dark humour. The shock factor and unforeseeable situations made the Bollywood movie worth watching, and it will be interesting to see how the Telugu version of the movie will do when a portion of the audience have already watched the film. Hopefully, the filmmakers of Maestro will still have added a few of twists of their own, to keep the story refreshing.

Shot-for-shot remakes have worked before – Narappa being a prime example of that. Drishyam is another example of the thriller genre that has gone onto be created successfully in multiple languages as well. But in both cases, the language of the original films which were remade was not Hindi. Popular Hindi films/Bollywood features such as 3 Idiots have been remade in other languages but it didn’t do as well as the Hindi remake of Drishyam. Of course, that could just be the “reach factor” – meaning the number of people who watched the original film. That number would be less for the original Drishyam, while it would be high for the original 3 Idiots (because of the number of people who would actually a Malayalam film would be less, compared to a Bollywood film). Since Andhadhun is a popular Hindi film, there is a good chance that it could get the same reception as the 3 Idiots Tamil remake, Nanban – which wasn’t bad, but not as high as it could have been.

For now, we will have to wait and see.
Check out Maestro when it premieres on Disney+ Hotstar on 17th September 2021.
Follow us on Google News