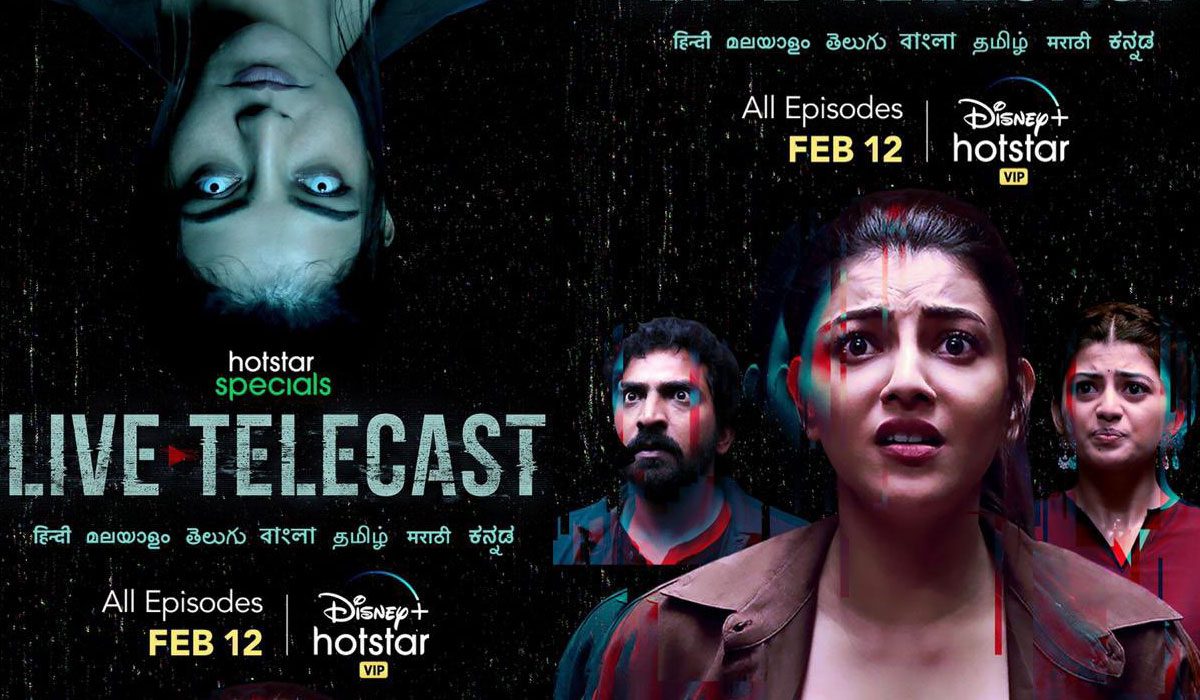 Live Telecast marks the Digital Debut of Kajal. Kollywood Star Director Venkat Prabhu is wielding the megaphone for this web-series. The series is also starring Vaibhav and Anandhi. The makers claim the series is a ‘full-fledged horror made for the wider family audience’.

Samantha has garnered so much attention to The Family Man Season 2 especially in the South. It looks like Disney+Hotstar is pitting Kajal Agarwal against Samantha on the same date. Amazon Prime Video has tremendous reach and also, the OTT major will aggressively promote the web series. Moreover, The Family Man Season 2 will have more reach because it is originally made in Hindi and is available in most other languages. Live Telecast on the other side is seen mostly as a South Project. Live Telecast will also be available in Tamil, Telugu, Malayalam Kannada, and Hindi audios but it may not still have that pan-Indian appeal for obvious reasons.