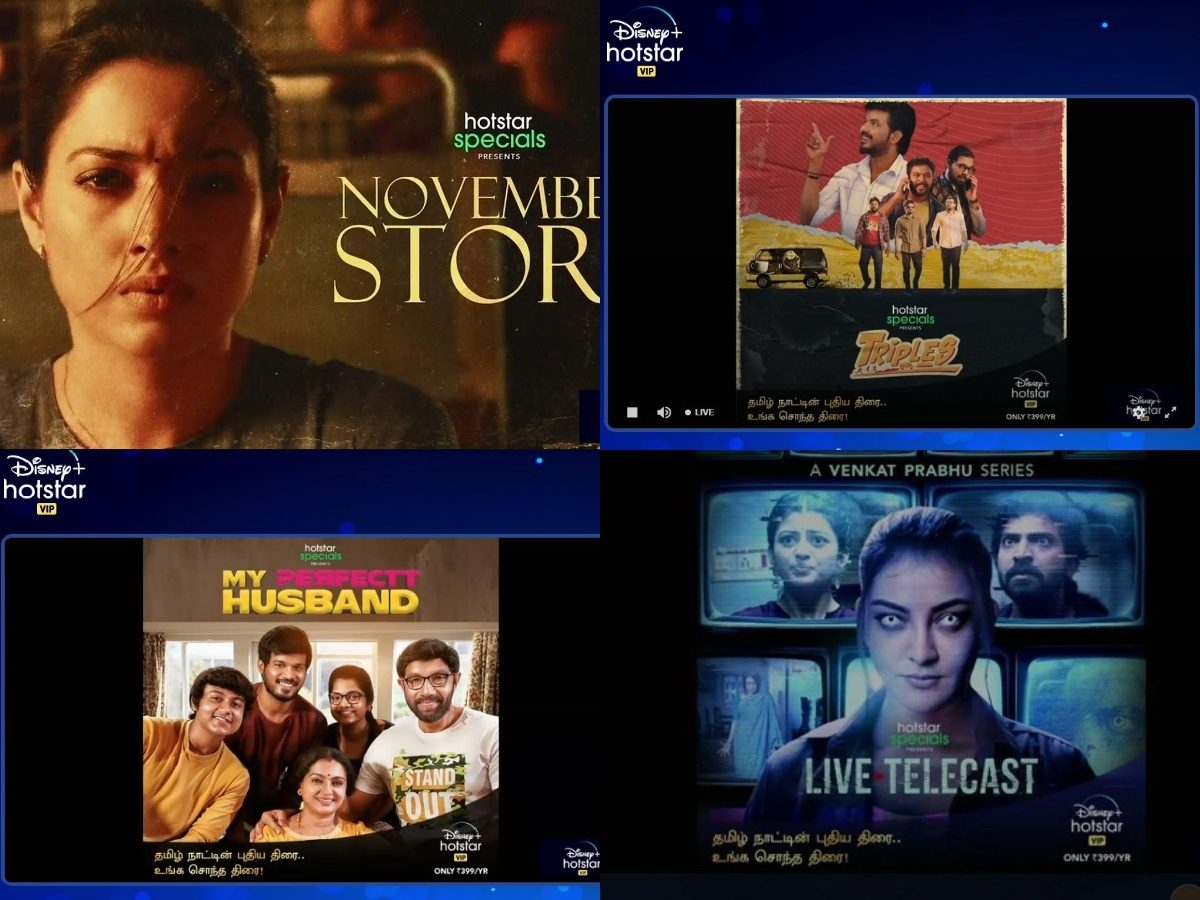 Popular OTT Major, Disney + Hotstar seems to be eyeing the Regional Markets next. The OTT Platform made an announcement of four exclusives in Tamil a little while ago. All of them have big names associated with them so they are likely to grab good traction from the audience.

Kajal Aggarwal and Director Venkat Prabhu are teaming up for a Web-Series titled Live Telecast. The series also starring Vaibhav and Anandhi is said to be a ‘full-fledged horror made for the wider family audience’. This marks the digital debut of Kajal who is going to get married this month-end.

Milky Beauty Tamannah will also be making her digital debut with a thriller web-series titled ‘The November Story’. The Web Series is being directed by Ram Subramanian, an associate of Ratsasan fame Ram Kumar. This marks his directional debut.

Nayanthara’s next film, Mookuthi Amman directed by RJ Balaji has been officially confirmed to be a direct release on the OTT Platform. the date of the release is yet to be finalized.

Kattappa Sathyaraj and Senior Actress Seetha are joining hands for a family drama series which has been titled My Perfect Husband. The series also stars Bigg Boss fame Aajeedh as the son of Sathyaraj.