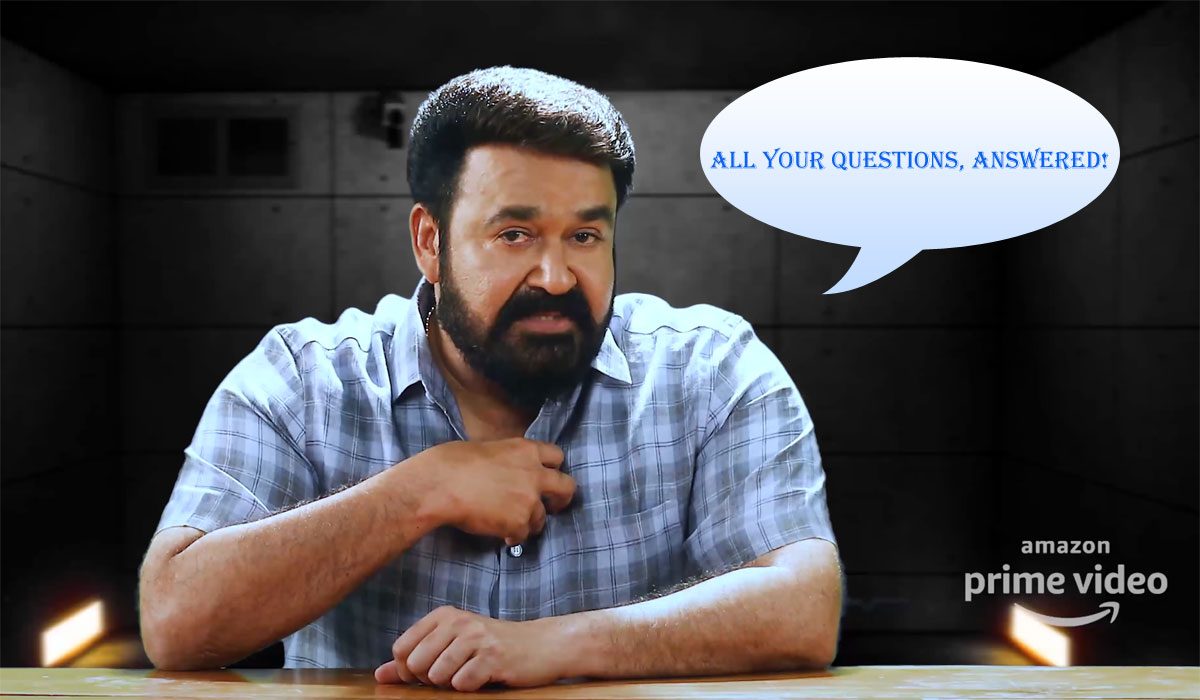 Drishyam 2 is easily one of the most-anticipated Indian films to skip theatres and go for a direct to digital premiere this early in the new year of 2021. The presence of legendary actor Mohanlal as the lead is reason enough for fans to go ga-ga over the film. The cherry on the cake is that Drishyam 2 is the sequel to the 2013 blockbuster hit Drishyam, which is why the film has attracted the kind of attention it has. Not only Indian audiences, even westerners who are lovers of good cinema are excited at the prospect of watching the sequel to Drishyam.

Drishyam is a gripping thriller, chock-full of twists and turns that take the viewer by surprise. Drishyam 2 promises more of the same. Mohanlal has said it is an intelligent thriller, and audiences will love its edge-of-the-seat thrill. Drishyam 2 is a product of the same team that created Drishyam. It has been written and directed by Jeethu Joseph, and produced by Antony Perumbavoor, under his production company, Aashirvad Cinemas.

As the time for the premiere of Drishyam 2 on OTT approaches, so does the excitement. Right now the excitement is at fever pitch, as can be seen on social media. But, there are tonnes of questions too in the minds of viewers regarding the film and its OTT debut.

We at Binged have created a comprehensive checklist of answers for all your questions. Read on to find out everything you need to know about Drishyam’s OTT release!

Where is Drishyam 2 streaming?

Drishyam 2 will stream exclusively on Amazon Prime Video, and on no other OTT platform.

What date will Drishyam 2 stream from?

The official premiere date for Drishyam 2 has been given as 19th February. But as is the norm with Amazon Prime Video, Drishyam 2 will begin streaming around 10 pm tonight, that is on 18th February itself.

Will Drishyam 2 be available to stream all over the world?

Yes, Drishyam 2 will stream on Amazon Prime Video all over the world – namely in 240 countries and territories across the world, including USA, Canada, GB and UK, Australia, Middle East, Far East, etc.

What languages will Drishyam 2 stream in?

Drishyam 2 will only stream in the original Malayalam Audio version. Drishyam 2 WILL NOT be available in Hindi, Tamil, Telugu or Kannada dubbed versions. However, the film will stream along with English subtitles for the benefit of all other language speakers.

Why isn’t Drishyam 2 available dubbed in other languages?

The Covid 19 outbreak has led to delays in almost all aspects of filmmaking – from production to post-production. Hence, there is a delay in the dubbing process of most productions at present. Amazon Prime Video may make dubbed versions of Drishyam 2 available at a later date. If that happens, we can expect Hindi, Tamil and Telugu dubbed versions of Drishyam 2 on Amazon Prime Video in a month or so.

What is the runtime of Drishyam 2?

The runtime of Drishyam 2 is given as two hours 33 minutes and 16 seconds, that is around 153 minutes.

Should I have watched Drishyam to enjoy Drishyam 2?

It is a definite advantage if you’ve watched Drishyam first. It will help you to understand the context of events that will unfold in Drishyam 2

That said, Drishyam 2 can be enjoyed as a stand-alone film, as it is obvious that writer-director Jeethu Joseph has explained the context of the new film through flashbacks and throwbacks to Drishyam.

Does Drishyam 2 have the same cast as Drishyam?

All the main characters of Drishyam return to reprise their roles in Drishyam 2. Mohanlal plays Georgekutty, Meena plays his wife Rani, Ansiba Hassan plays his elder daughter Anju, and Esther Anil plays his younger daughter Anu as before. Asha Sarath returns as hard-nosed police chief Geetha Prabhakar, and Siddique as her husband. Murali Gopy is the new addition to the cast of Drishyam 2. Neeraj Madhav and Kalabhavan Shajon ,who played crucial roles in Drishyam, are missing from the sequel.

We hope this is helpful for all fans of Drishyam, Drishyam 2, and of Mohanlal and Jeethu Joseph.

And here’s a recap of Drishyam for those who’ve not watched the first movie. It will help you in understanding the context of Drishyam 2 better!