Home News Drishyam 2: Update On Status Of All Remakes, Chinese One Included! 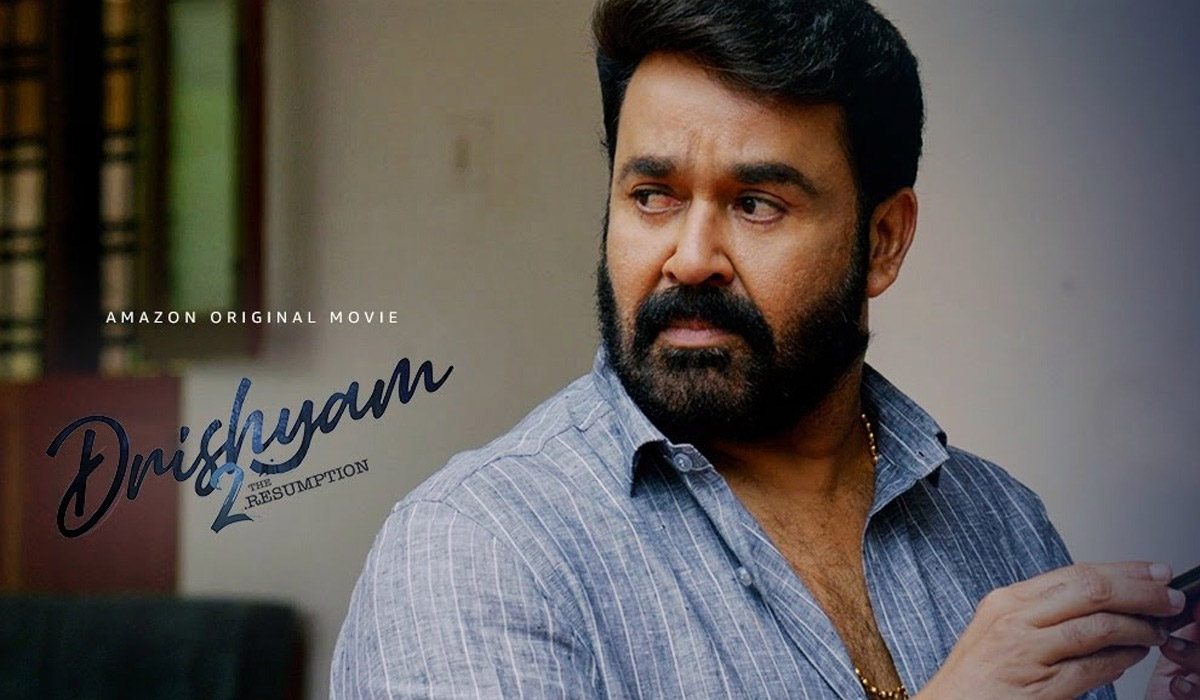 It’s been four months since Mohanlal‘s Malayalam language suspense thriller ‘Drishyam 2’ premiered on Amazon Prime Video, and was declared a blockbuster hit. Just like its predecessor ‘Drishyam’ was remade in several languages, a spate of remakes in other languages was announced for Drishyam 2. Interestingly, Drishyam 2 released on Amazon Prime Video only in the original Malayalam language and not in dubbed versions of any other Indian language. We think it was for the sake of facilitating Drishyam 2 remakes in other Indian languages.

Fans of the Drishyam franchise will know that the original Drishyam was remade in four other Indian languages: ‘Drishya’ in Kannada, ‘Drushyam’ in Telugu, ‘Papanasam’ in Tamil and ‘Drishyam’ in Hindi. It was also remade in Sinhalase as ‘Dharmayuddhaya’ and in Chinese as ‘Sheep Without a Shepherd’.

Now that considerable time has elapsed since the release of Drishyam 2, here’s the status of the remakes of the film in various languages, and their stages of development –

Titled Drushyam 2 after its original title of Drushyam, the Telugu remake of the Drishyam sequel has Venkatesh, Meena, Nadhiya, Naresh, Kruthika, Esther Anil reprising their roles from the first part. The film is directed by Jeethu Joseph, director of the original Drishyam and Drishyam 2. Telugu viewers will be happy to know that Drushyam 2 has completed its shoot. It is the first remake of Drishyam 2 to be completed in record time. The film is currently in post-production, and will release on an OTT platform soon.

Drishyam’s Tamil remake was titled ‘Papanasam’ and featured Kamal Haasan and Gautami portraying the roles played by Mohanlal and Meena in the original. Esther Anil, Asha Sarath and Roshan Basheer reprised their roles from the original film. Well, Papanasam 2 was declared with much fanfare, and Jeethu Joseph is on board to direct the Tamil remake of Drishyam 2. Its status? Unfortunately, the film is stuck due to a unique problem – Kamal Haasan’s reluctance to work with Gautami in the sequel. He wants Gautami to be replaced with another actress in the sequel. Kamal Haasan and Gautami were together as a couple when Papanasam 1 was made. They’ve broken up now, hence Kamal Haasan’s issues on working with Gautami. Jeethu Joseph is not too keen on the idea, though. So, as of now, the film is stuck and not a shot has been canned.

Drishya 2, the Kannada remake of Drishyam 2, is bring directed by P Vasu. Leads Ravichandran and Navya Nair, along with Aarohi Narayan, Unnati, Asha Sharath and Prabhu, will reprise their roles from the original Drishya. Actor Pramod Shetty is the new entrant in the film. With cast and crew set, Drishya 2 was to go on floors in May, but was delayed owing to the surge in Covid-19 cases. The shoot of the film should take off soon, since Covid-19 cases are now considerably down.

The Hindi Drishyam 2 has garnered the most interest out of all the upcoming remakes of Drishyam 2. The stellar cast of the first part is expected to return in the sequel – Ajay Devgn, Shriya Saran, Tabu. Panorama Films, the makers of the first Drishyam, have bought rights to remake the sequel too in Hindi. Unfortunately, even before the cast and crew of Drishyam 2 in Hindi could be finalised, the film got entangled in a lot of legal trouble. Viacom 18 Media Pvt. Ltd., owners of the original Drishyam franchise, have filed a case in the Bombay High Court, citing its ownership of the rights to the film, and have said that any remake in Hindi by Panorama Studios International Ltd. and Panorama Studios Pvt Ltd (Defendants) infringes the copyright of the company. The Bombay High Court has therefore instructed Panorama Studios to shut down all production or pre-production on the film. The company can’t even develop the script or sign any cast and crew until the matter is resolved. As of now, Drishyam 2 in Hindi is stuck, with no further development whatsoever.

This is a new development. The Chinese remake of Drishyam 2 is on track, and will be titled Sheep Without A Shepherd 2, after the first part. The film is slated to go into production in the last quarter of 2021, and release is scheduled for 2022. Director Sam Quah, and the original cast of Xiao Yang, Tan Zhuo, Joan Chen, among others, are expected to return for the sequel. The script of Drishyam 2 will be tweaked somewhat in Sheep Without A Shepherd 2, to make it more compatible with Chinese sensibilities.