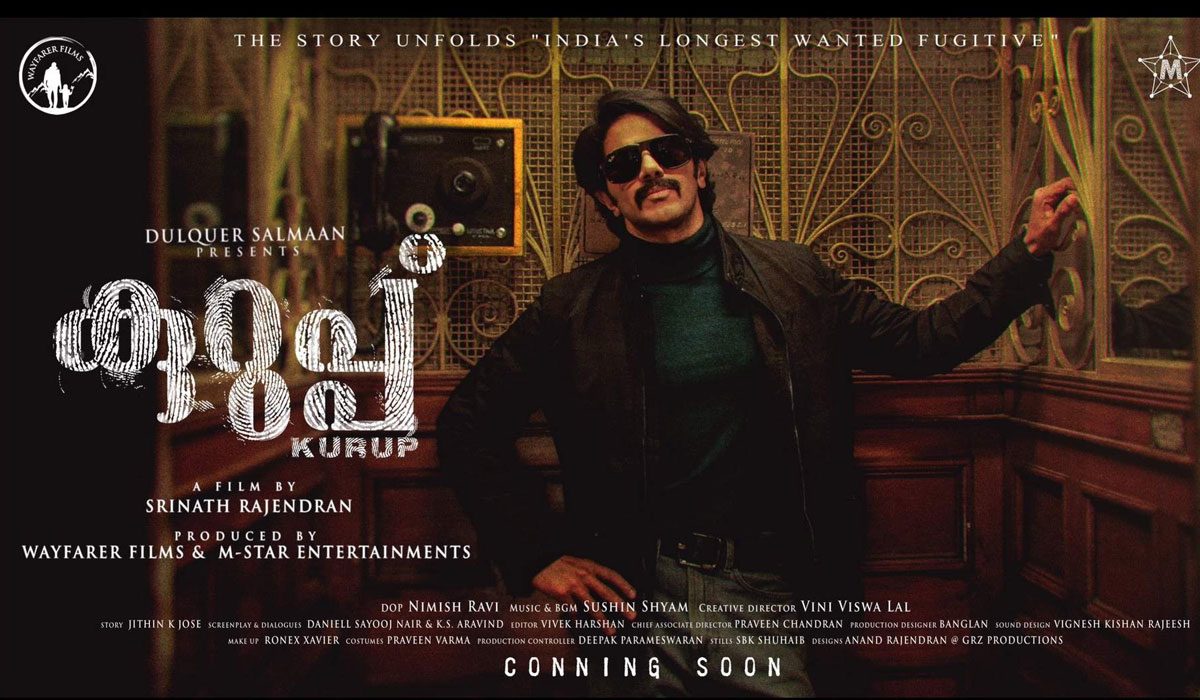 Dulquer Salmaan’s much anticipated Mollywood flick Kurup weathered the OTT storm (somehow), and is now planning to drop the film in theaters in a few months. The movie was supposed to be released by mid to late 2020, but because of the (ongoing) coronavirus pandemic, the producers had to hold the film until a better time for theatrical release presented itself. And since the theaters are now operating on 50% capacity since 5th of January 2021, the production house is hoping for more audience members to join theaters by the time Kurup rolls out, late in May.

Multiple OTT platforms including Amazon Prime Video and Disney+ Hotstar have been rumored to have approached the film makers of Kurup to get the film distributed online, but Dulquer and his team has been steadfast and adamant in releasing the film in cinemas. And all cinema owners can now breathe a sigh of relief since the release date of Kurup has been officially announced.

Kurup is based on the (in)famous 36 year “folklore” of a murder case, which was done by the ever elusive criminal mastermind, Sukumara Kurup. Kurup has still not been caught by the authorities, and is still one of the most wanted criminals in the Indian state of Kerala. Kurup will focus on Sukumara Kurup’s scheme of getting rich by killing a look-alike of himself and claiming his insurance policy, which was a significant amount at the time.

The budget for Kurup is Rs. 35 crore which was jointly bankrolled by Dulquer Salmaan’s Wayfarer films and M Star Entertainment. The film was shot in multiple locations – Kerala, Ahmedabad, Mumbai, Dubai, Mangalore and Mysore and took 105 days overall for the entire shoot. Alongside Dulquer (who will portray the titular character), the film will also star Sobhita Dhulipala, Tovino Thomas, Indrajith Sukumaran, Sunny Wayne, Shine Tom Chacko, Vijayaraghavan, P Balachandran, Surabhi Lakshmi and Shivajith Padmanabhan in prominent roles. Jithin K Jose wrote the story, while the screenplay and dialogues were penned by Daniel Sayooj Nair and KS Aravind. Srinath Rajendran and Vini Vishwa Lal will direct the film together.