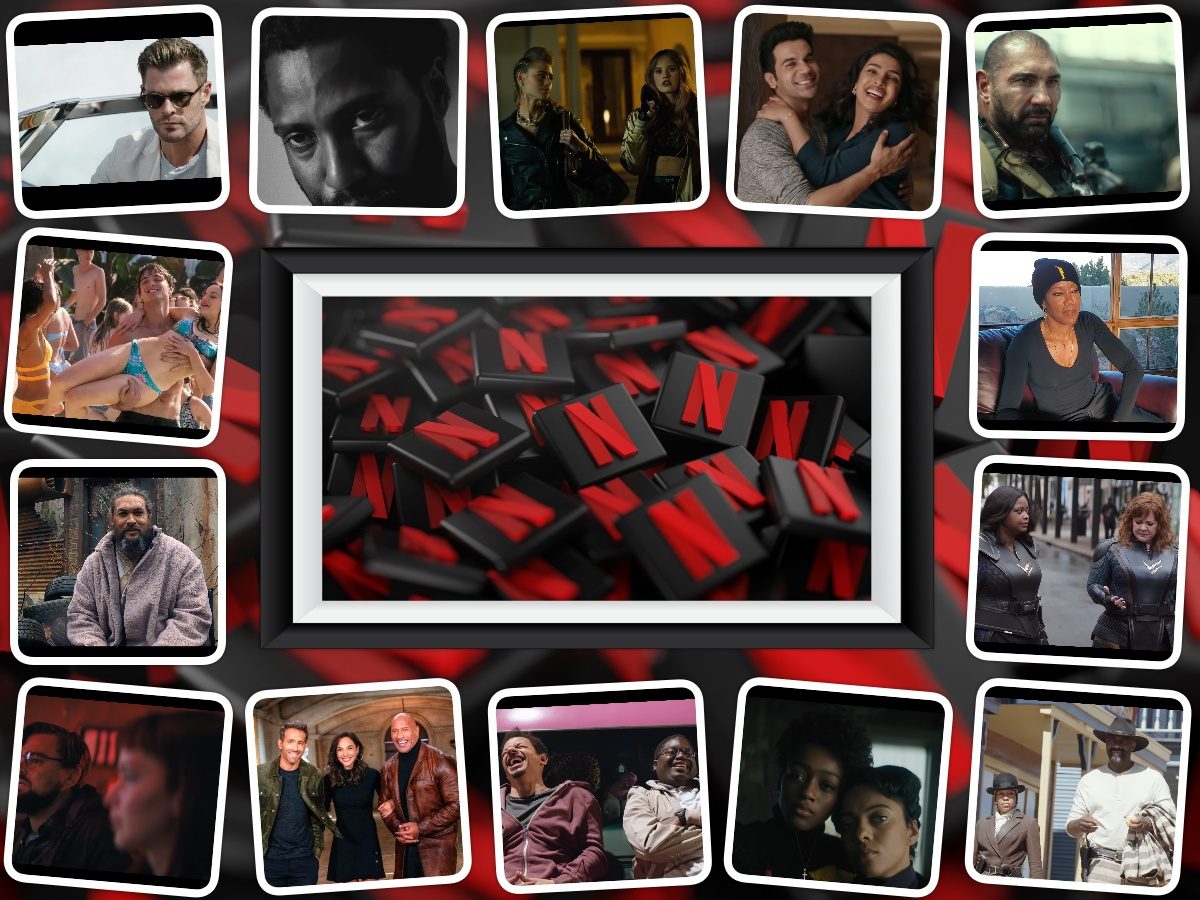 Netflix surely is one of the top streaming platforms globally and in 2020, the platform broadened it’s horizons and churned out content from all over the world. This has created a sense of trust among the audience towards Netflix. In 2020, Netflix became one of the top most viewed platforms as it frequently released entertaining content throughout the year and if one thought that it can’t get bigger than this, well Netflix is saying hello to everyone in 2021!

Mere hours ago, Netflix released a sneak peak teaser for the movies which are to release in 2021. The 2 minute teaser is probably a footage from a prestigious award show because it contains so many stars with their respective works that it just blows your mind away! Apparently there are around 70 original movies which are scheduled to release in 2021 by Netflix as Netflix original.

Starting off with the teaser we are introduced to Gal Gadot, Ryan Reynolds and Dwayne Johnson who will be seen in the upcoming “Red Notice”, which is being touted as the most expensive movie coming from the streamer. The third installment of the teen dramas – Joey King’s “The Kissing Booth 3” & Lara Jean’s “To All The Boys : Always & Forever”.

Chris Hemsworth’s Extraction 2 was also speculated to be included in the lineup but instead of that we are getting the sci fi drama “Escape From Spiderhead” starring the actor. Jason Momoa’s Sweet Girl and Zack Snyder’s “Army Of The Dead”. The teaser also featured Amy Poehler’s Moxie. Priyanka Chopra and Rajkummar Rao starrer “The White Tiger” will also grace Netflix’s screens.

But in the final moments of the trailer we got something bigger than anything. A short footage of Adak Mckay’s upcoming multi-starrer political satire “Don’t Look Up”, the clip featured Leonardo DiCaprio and Jennifer Lawrence. The respective actors are playing the role of astronauts who are tasked of alerting the population about an upcoming asteroid.

While what we’ve mentioned is just what was shown in the teaser. Here’s the full list of the movies which are all set to arrive on Netflix –

A Castle for Christmas

Afterlife of the Party

A Winter’s Tale from Shaun the Sheep

Back to the Outback

I Care A Lot

No One Gets Out Alive

The Hand of God

The Harder They Fall

The Last Letter from Your Lover

The Power of the Dog

There’s Someone Inside Your House

To All The Boys: Always and Forever

Trollhunters: Rise of the Titans

Release dates of several of these movies are yet to be announced by Netflix. With around 70 movies as of now, it is evident that we are in for a new movie every week from Netflix.